​​March 17, 2022 | Tagged: United Kingdom
I am probably the first person ever to backpack Bletchley - Home of the Codebreakers and blog about it.

I have backpacked several shit holes over the years. Monrovia in Liberia, Kayes in Mali for example. But Bletchley really does take the spot-light. The town is (now) as depressing as fuck.

There is no soul. There is no character. A typical English town centre.

There is a lot of history here. Bletchley is home to Bletchley Park, where Alan Turing et al cracked the Enigma Code and help shorten the war by several years.

And having suddenly been forced to return to England, I made the most of the opportunity to go and backpack it.

Welcome to my home town. Bletchley - Home of the Codebreakers. 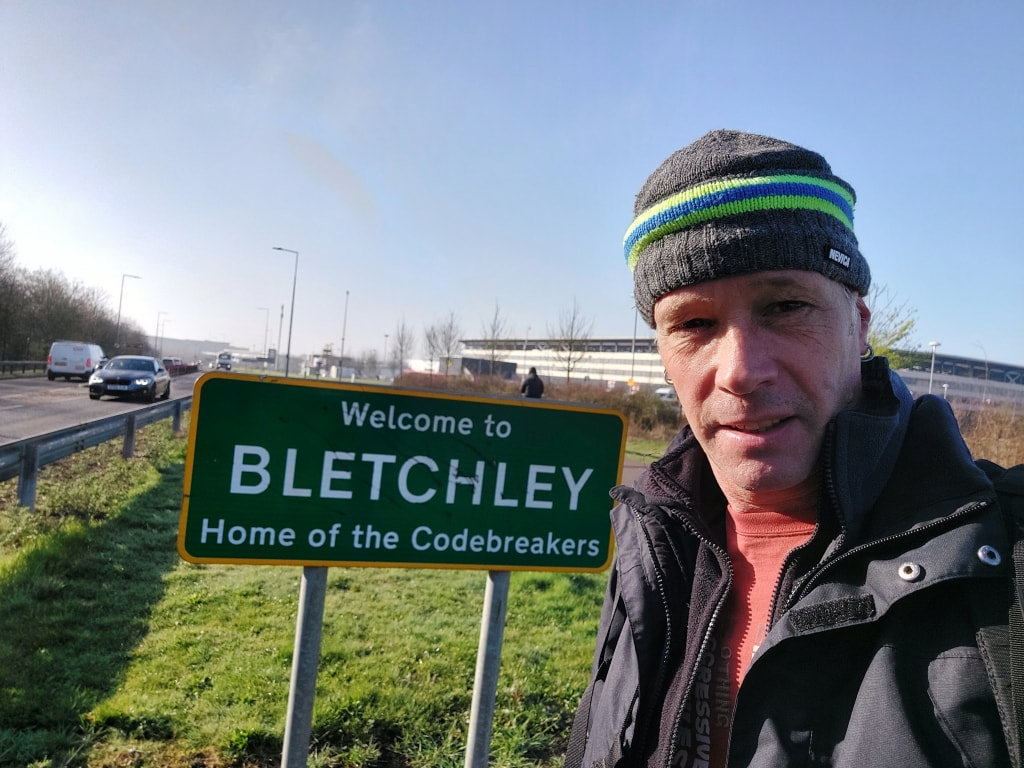 Bletchley, an Anglo-Saxon name and means Blaecca's clearing and was first recorded back in the 12th century as Bicchelai and then as Blecheleigh and Blechley.

It lies just off of the famous Roman road, Watling Street which runs 260 miles from Marble Arch in London to Holyhead in Wales. Incidentally, I have cycled along every mile of this road!

There was a Roman town Magiovinium about 2 miles south of Bletchley.

Bletchley was a market town. There used to be a cattle market that closed in the 1960s. And there was always the towns regular market, killed off by the out of town super markets.

Bletchley was a major stop on the railway line out of Euston to all destinations North and West. Birmingham, North Wales, Liverpool, Manchester and Carlisle. After the new station at Central Milton Keynes was built, they took all the long distance trains.

It was also part of the Varsity Line which linked the university cities of Oxford and Cambridge. The line to Oxford stopped running passenger services in the 1960s but was used for freight for many years after. The line is now being opened again. The flyover is being rebuilt, new track being laid. The line from Bletchley to Bedford has always ran as a local line but will get upgraded.

I was a massive train fanatic when I was a kid, so I spent hours at the station, in the car park or at the café that once stood on platform 3.
​
Bletchley railway station: 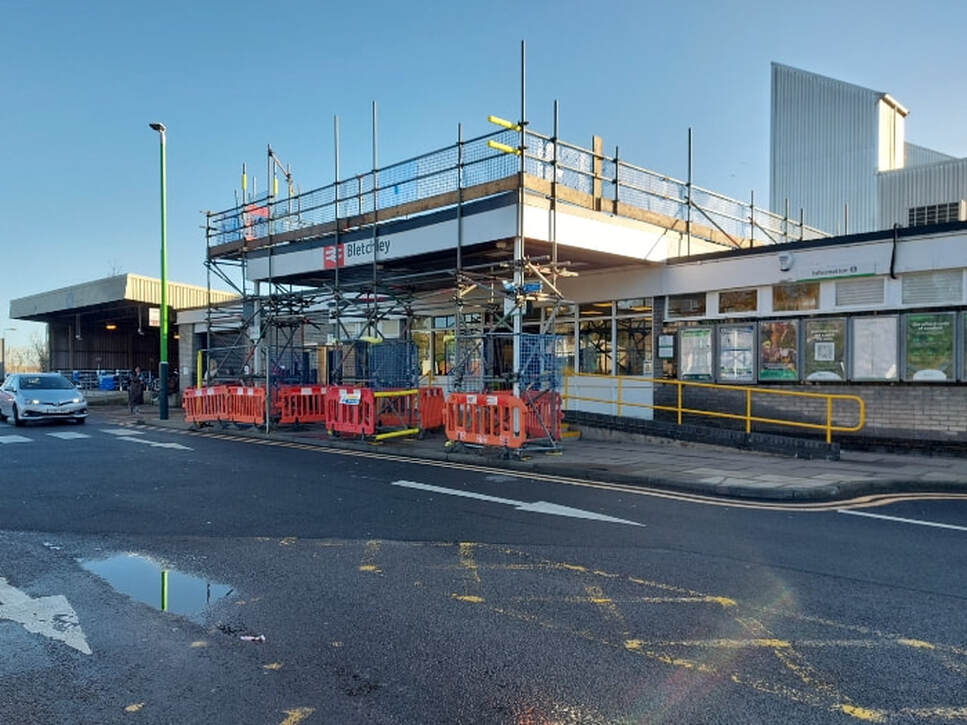 Bletchley was incorporated into the New City of Milton Keynes for London over-spill town and was/is the butt of many jokes, known for the concrete cows and is now home to the football team MK DONS the stadium which is actually in Bletchley, just for the record. 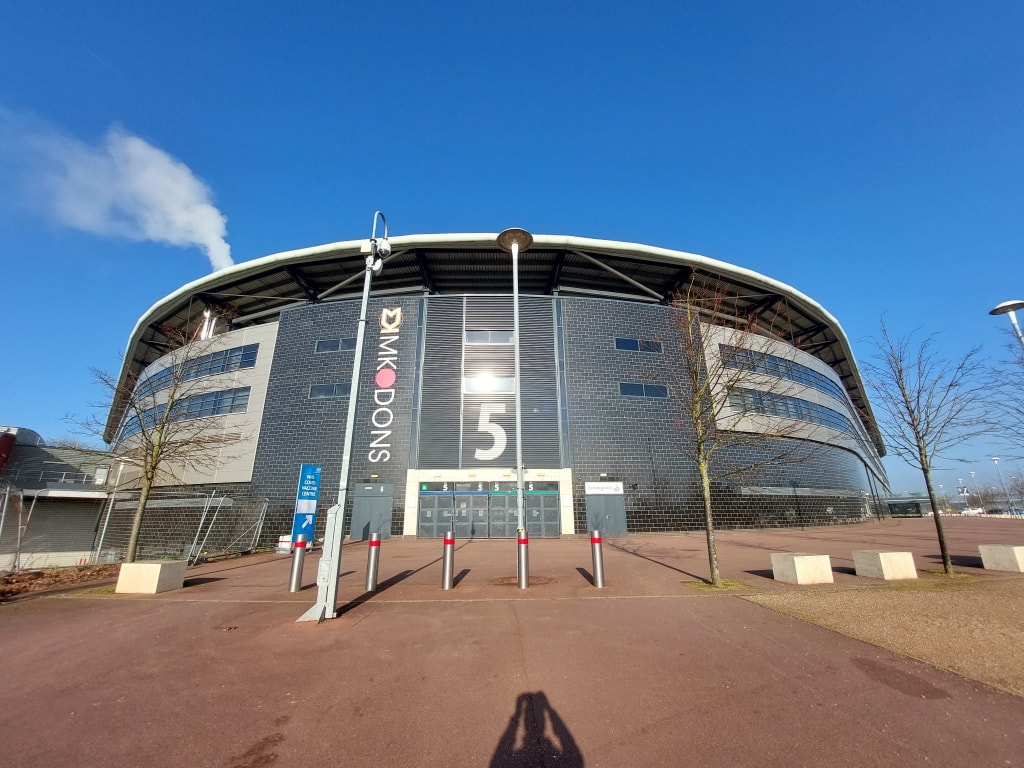 ​Bletchley - Home of the Code Breakers.

Of course, Bletchley's main claim to fame is the location of the famous Bletchley Park where Alan Turing cracked the Enigma Code during the Second World War. Of course, we knew about the goings-on years before it was made public but it was something that was never talked about. The site is just 10 minutes walk from my house.

Enigma is a novel written by Richard Harris based at Bletchley Park and The Imitation Game a film based on the real-life story of Alan Turing, starring Benedict Cumberbatch as Alan Turing and Keira Knightley as Joan Clarke, as they set about to crack the Enigma code.

The Bletchley Park mansion used in the film is Joyce Grove, a grade 2 listed building built in 1908 in Oxfordshire. The mansion at Bletchley Park is Grade 2 listed Victorian and Edwardian building. I used to deliver newspapers there as a young lad and later one of the huts was used as a gym which I went to between 1986 and 1988.

The other scenes were filmed in Chesham. The pubs referred to in the film were The Eight Belles and The Park Hotel, both of which are still standing (somehow) today.
The original entrance at the end of Wilton Avenue: 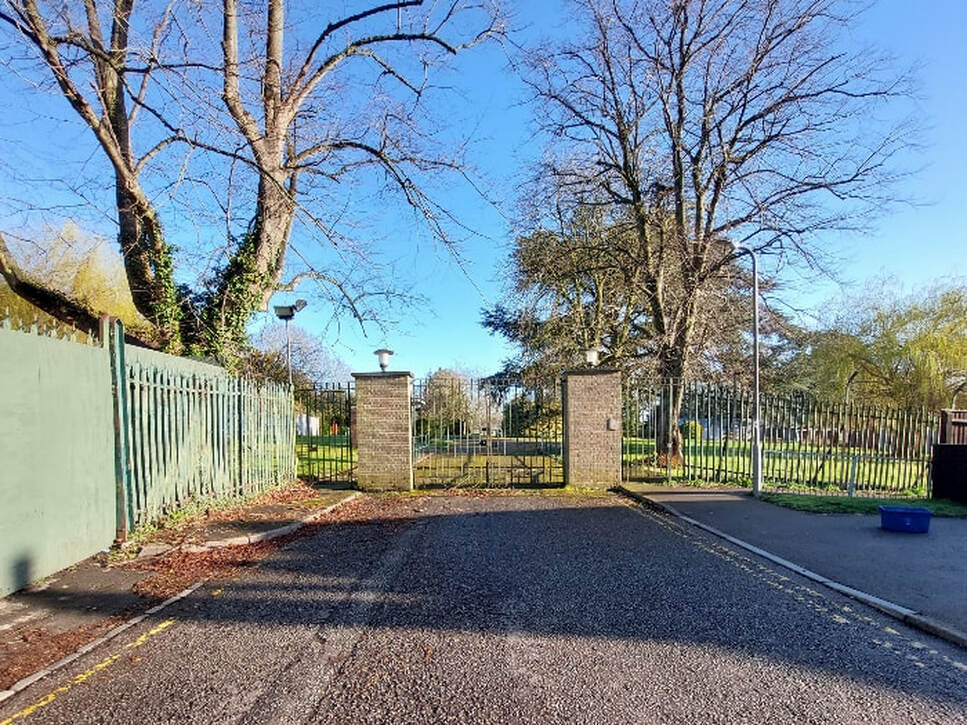 One of the 'huts' at Bletchley Park 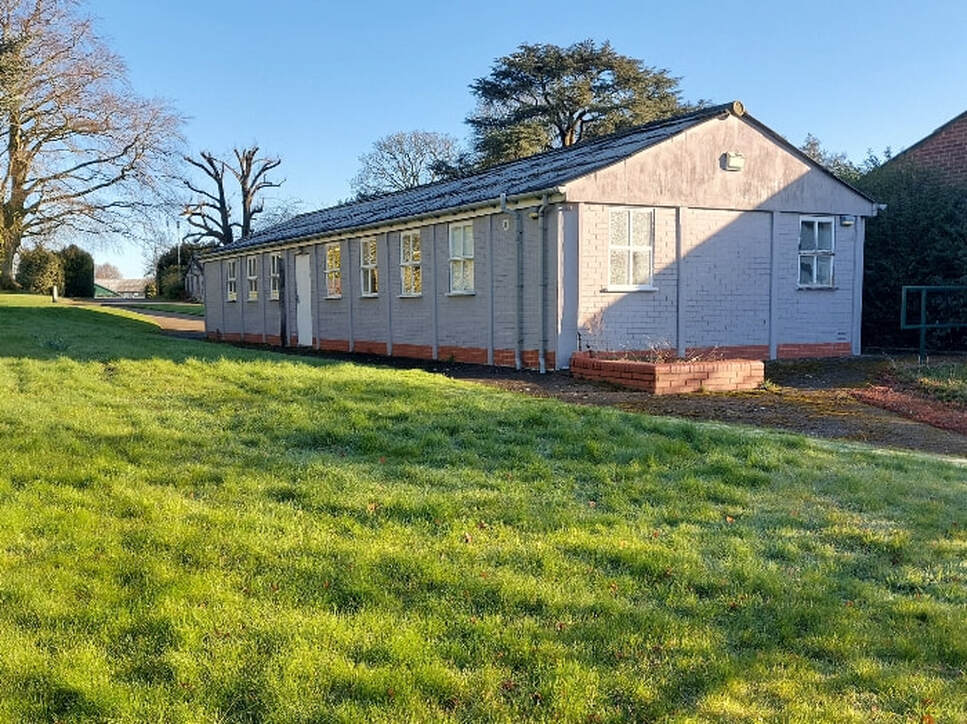 For all my readers here on Nomadic Backpacker, just to fill in the blanks.

Yes, I was in El Salvador. I hastily arranged flights to Mexico and on to London. The reason being, my father passed away.

So on the morning of the 17th, I went around and took some snapshots of the town of Bletchley as it stands today:

Gladly it will be demolished soon as they are planning to revamp the whole area. But it's another waste of money. They build cheap housing which attracts cheap people with no money and they put the shop rents up so high that no one can afford to rent, save the bookies and charities who get a discounted rate. 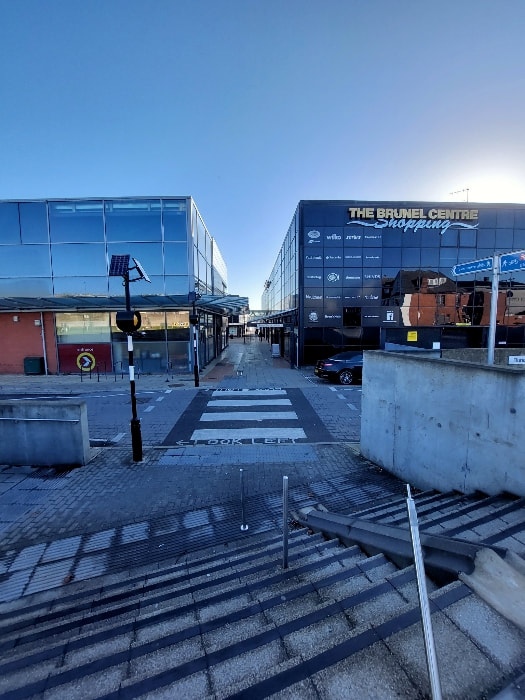 Even the cheap shops can't survive: 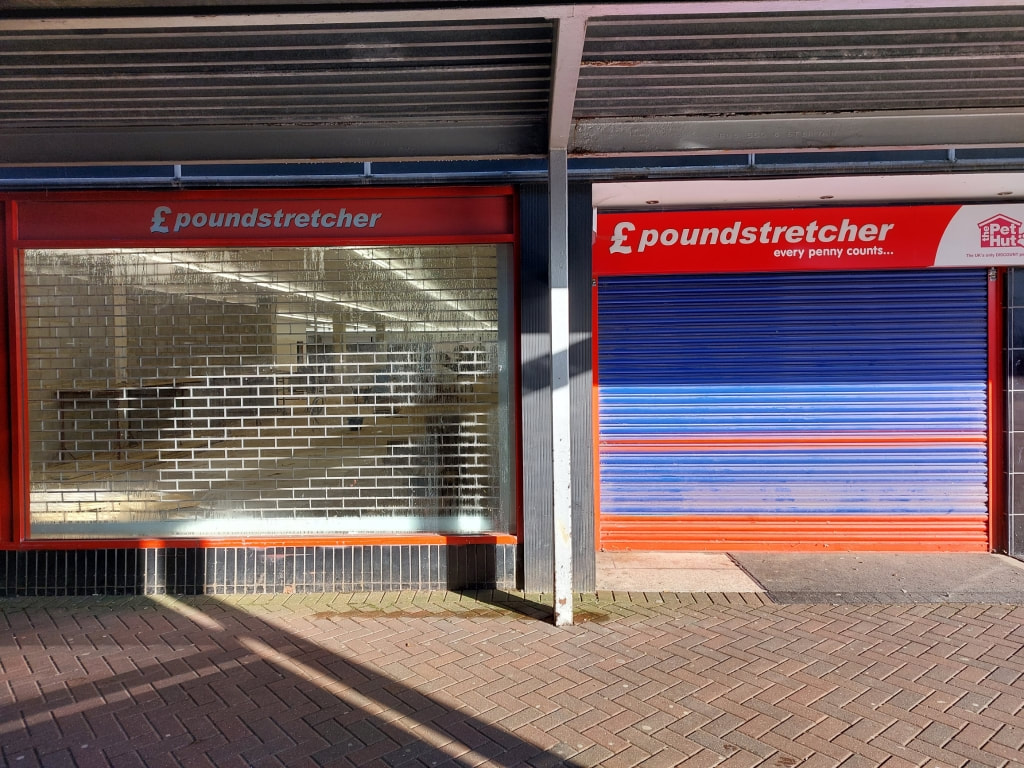 Betting shops, charity shops, oh and a Greggs. They do great sausage rolls so my dad said: 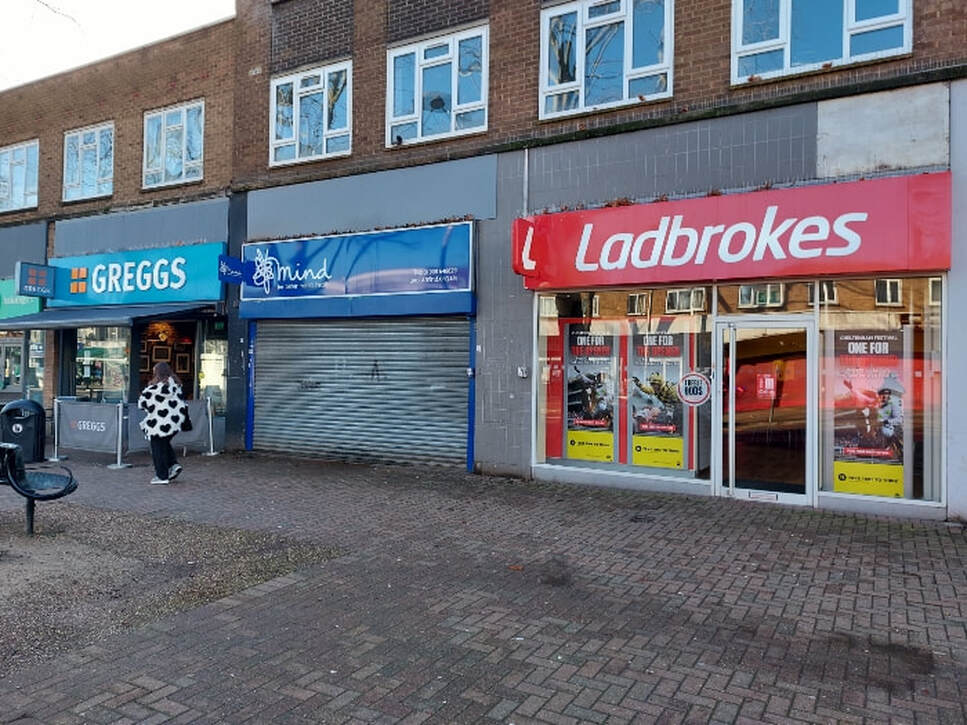 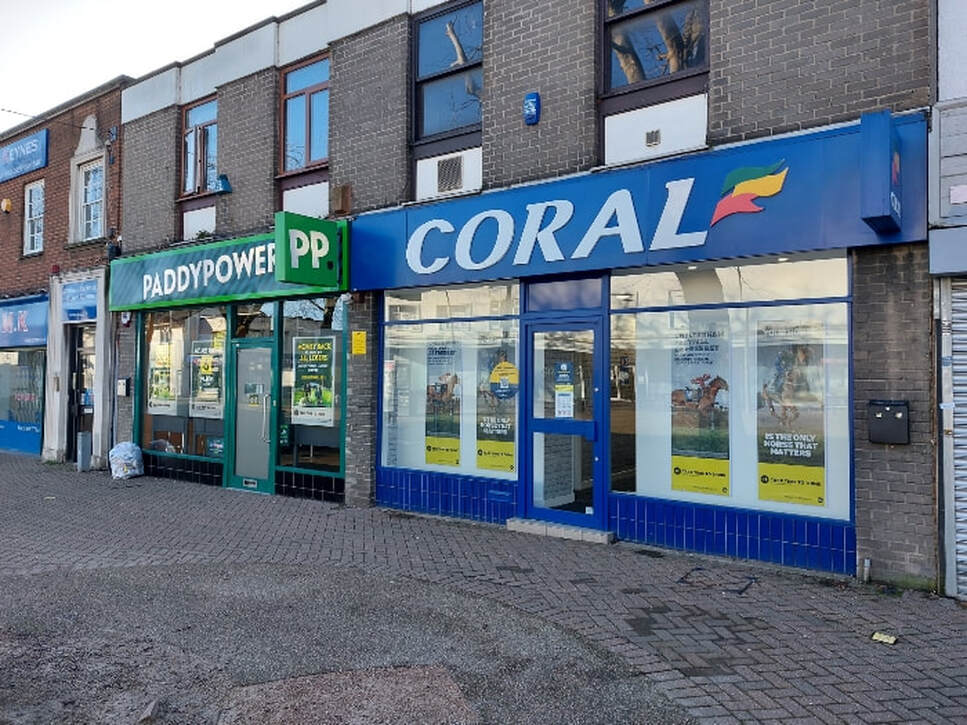 Pawn shops like Pawnbrokers and Cash Converters are doing a great trade these days: 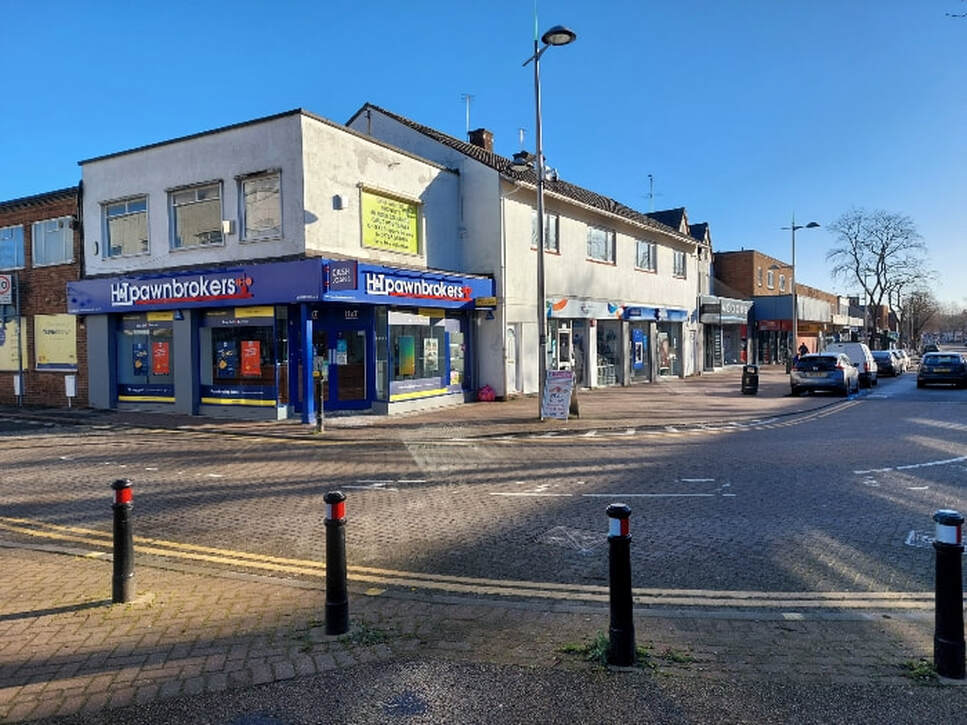 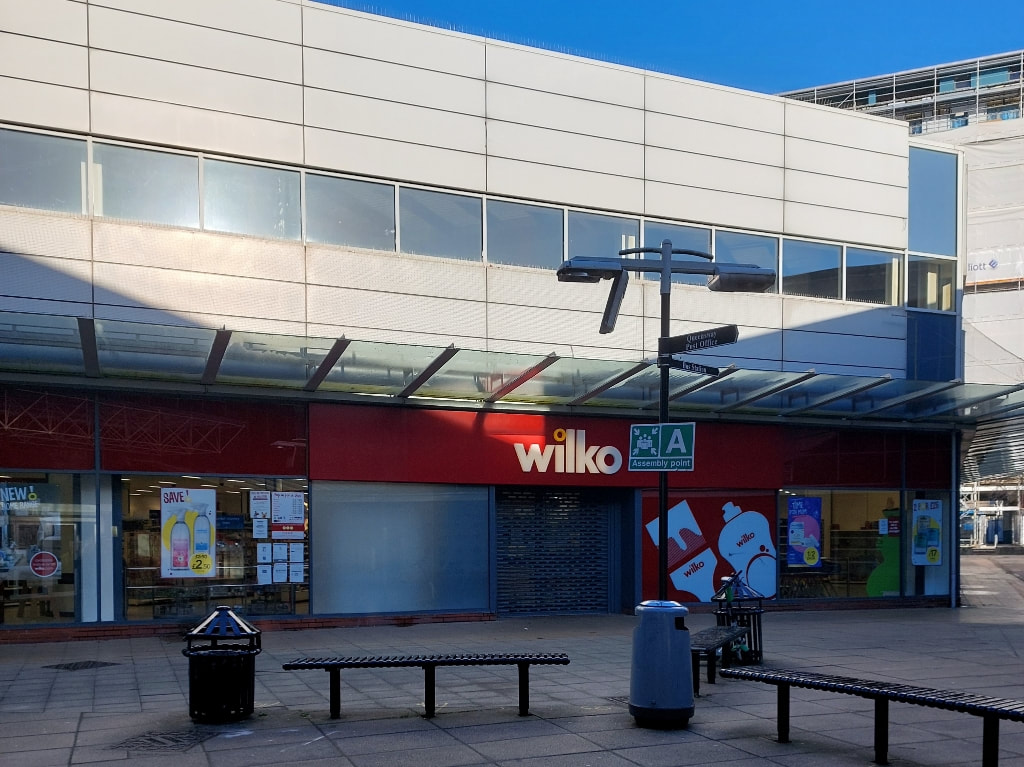 The shop I used to deliver newspapers for and where I had a Saturday job. It used to be called Menzies: 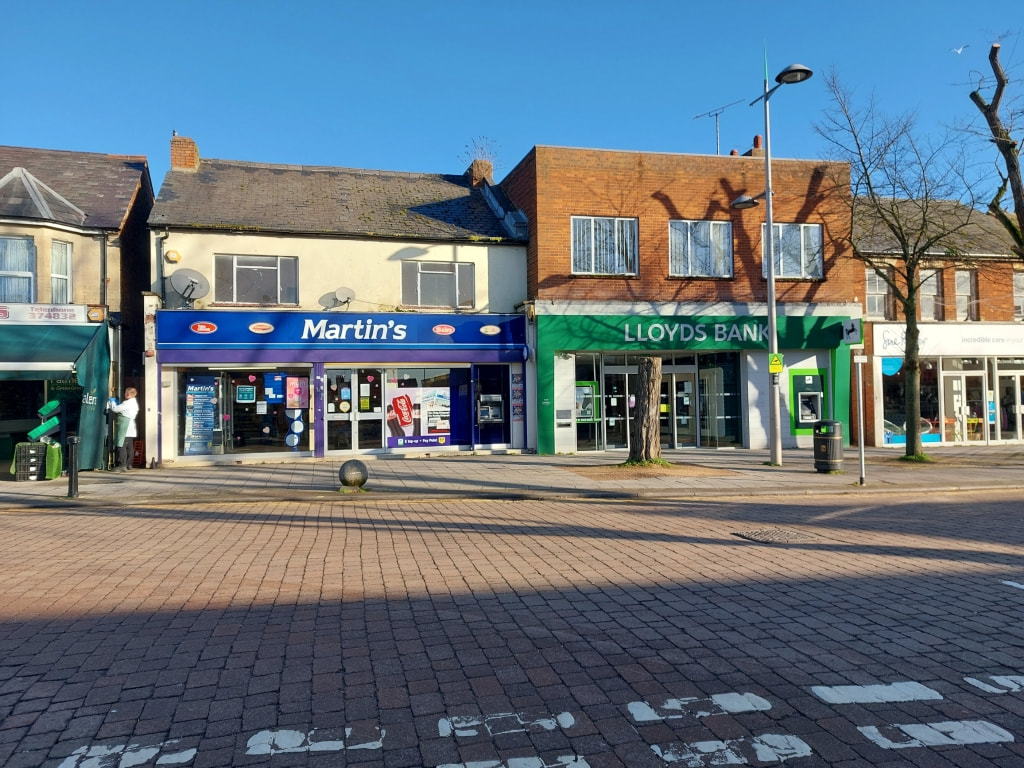 The dentist where I used to go: 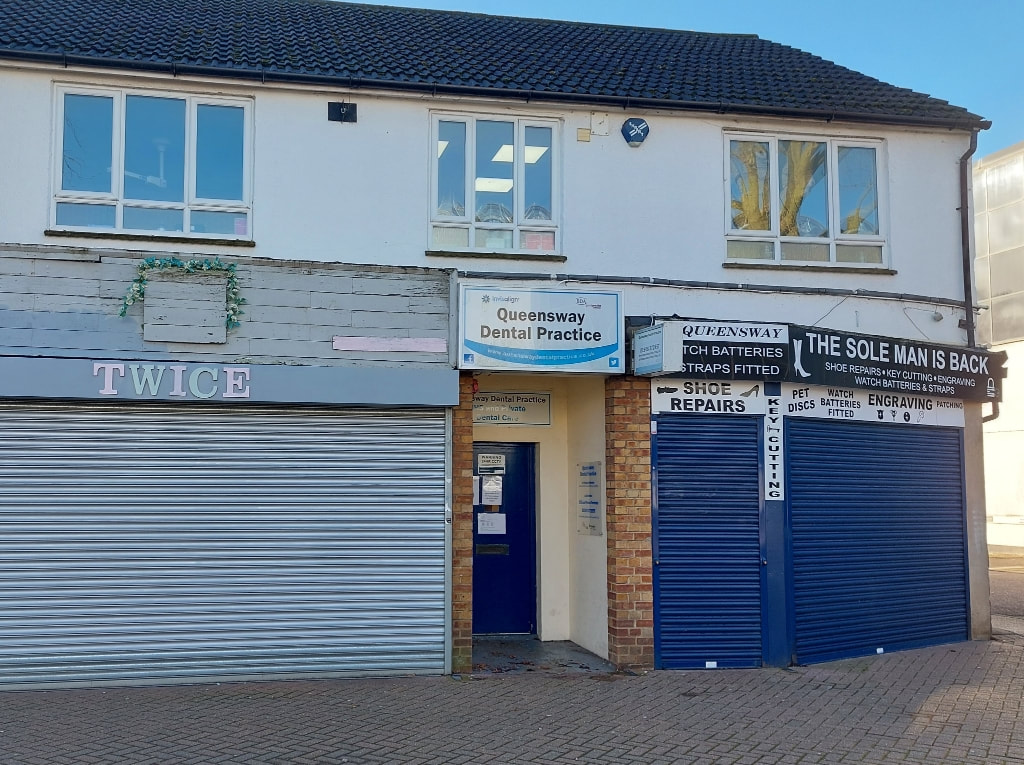 Behind the gate, was the doctors: 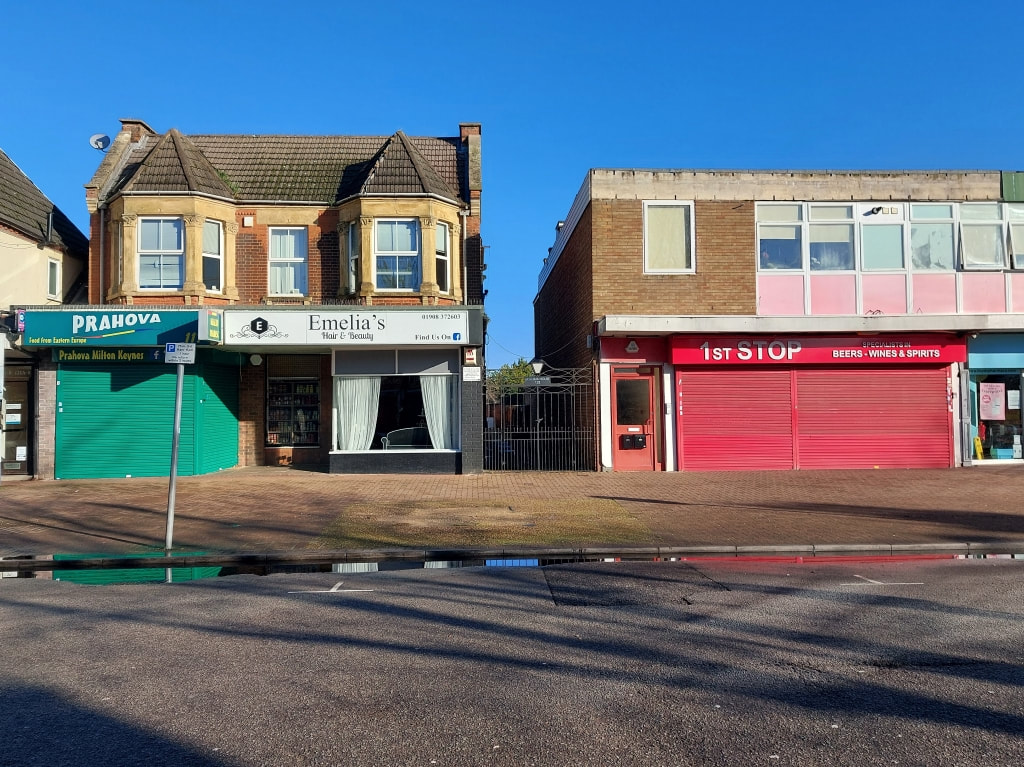 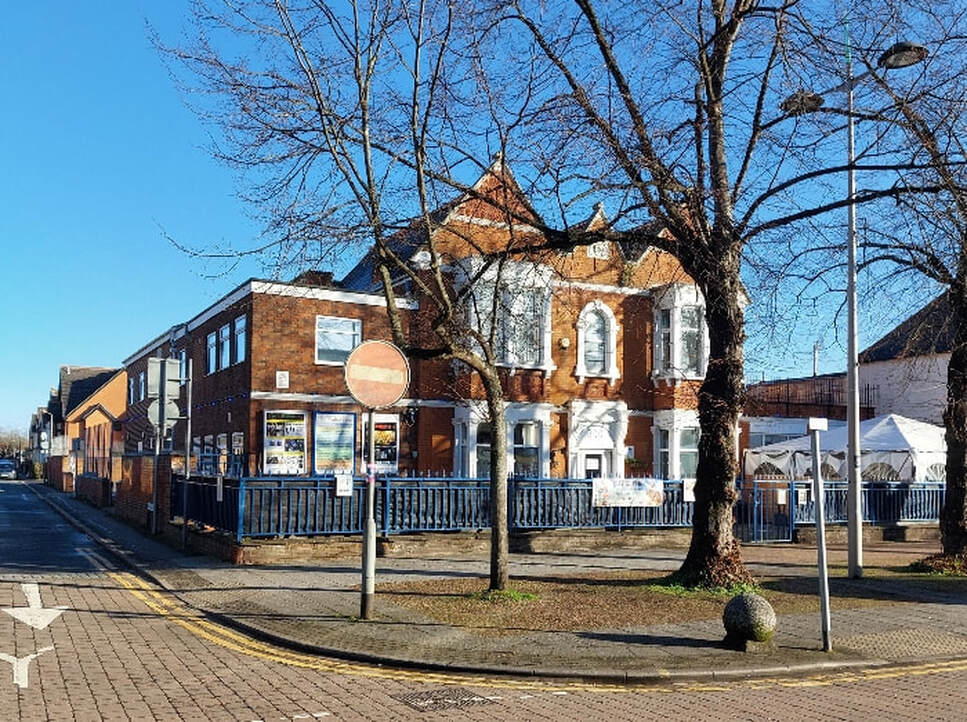 The site of the old Odeon Cinema in Bletchley. It was opened in 1936. I went with my mum and sister to watch Star Wars in the mid-1970s and went as a family when my mum was pregnant with my younger sister to see Watership Down.

It closed in 1986, a casualty of the opening of the UK's first 10 screen multiplex cinema, The Point. 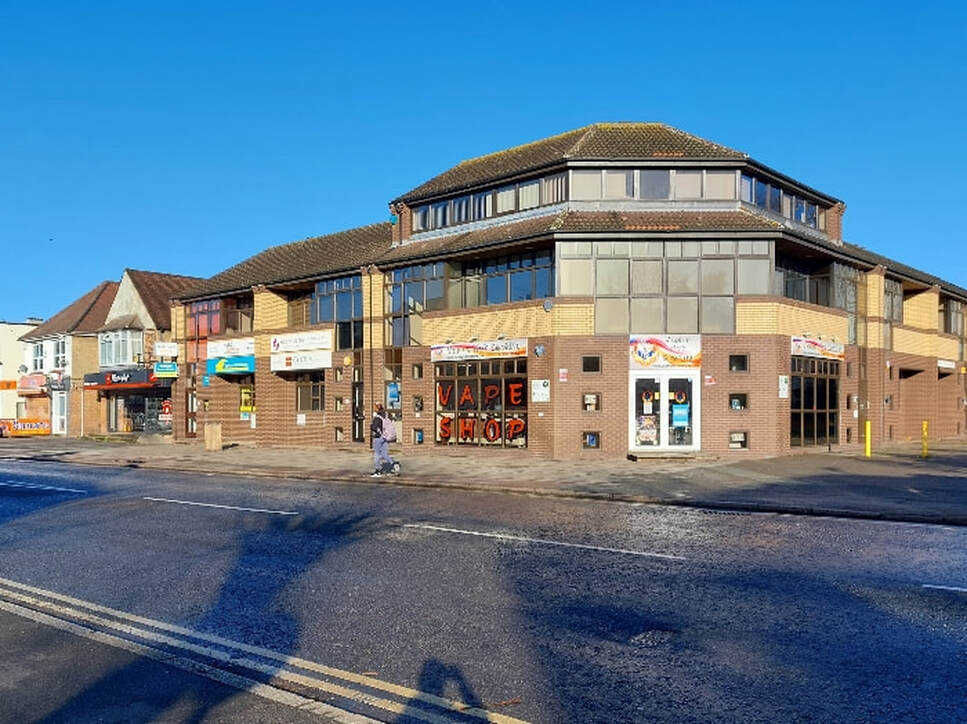 The site of the former cattle market in Bletchley. For many years Sainsbury's operated here. It closed before the Covid pandemic and was a victim of larger out of town supermarkets. 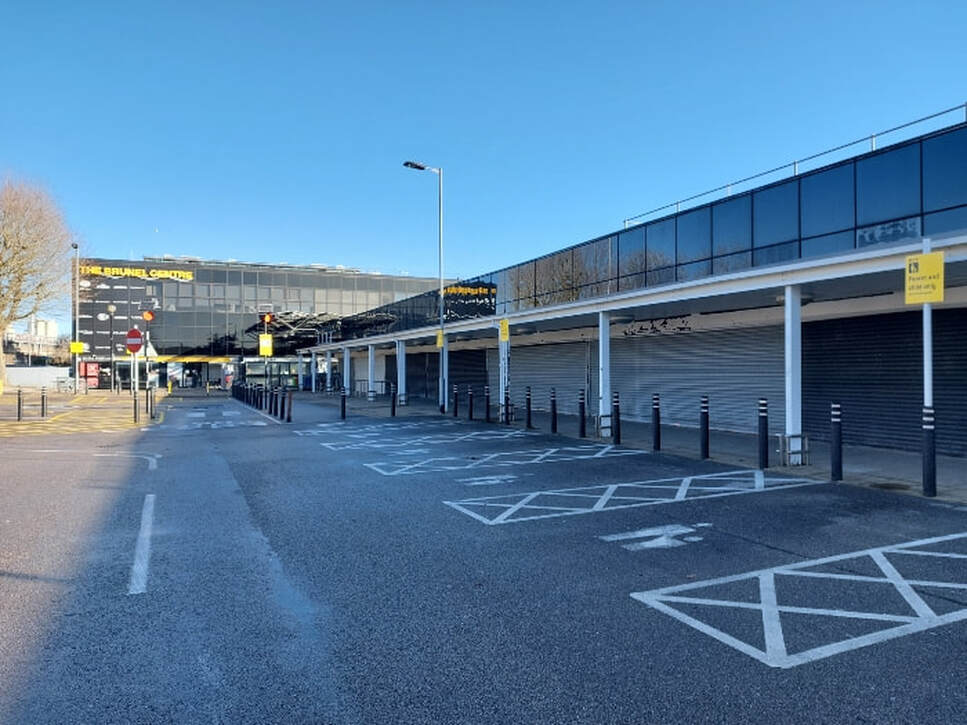 So on the evening of March 17 2022, I went alone to Wetherspoons to remember my dad and drink a pint of Guinness. 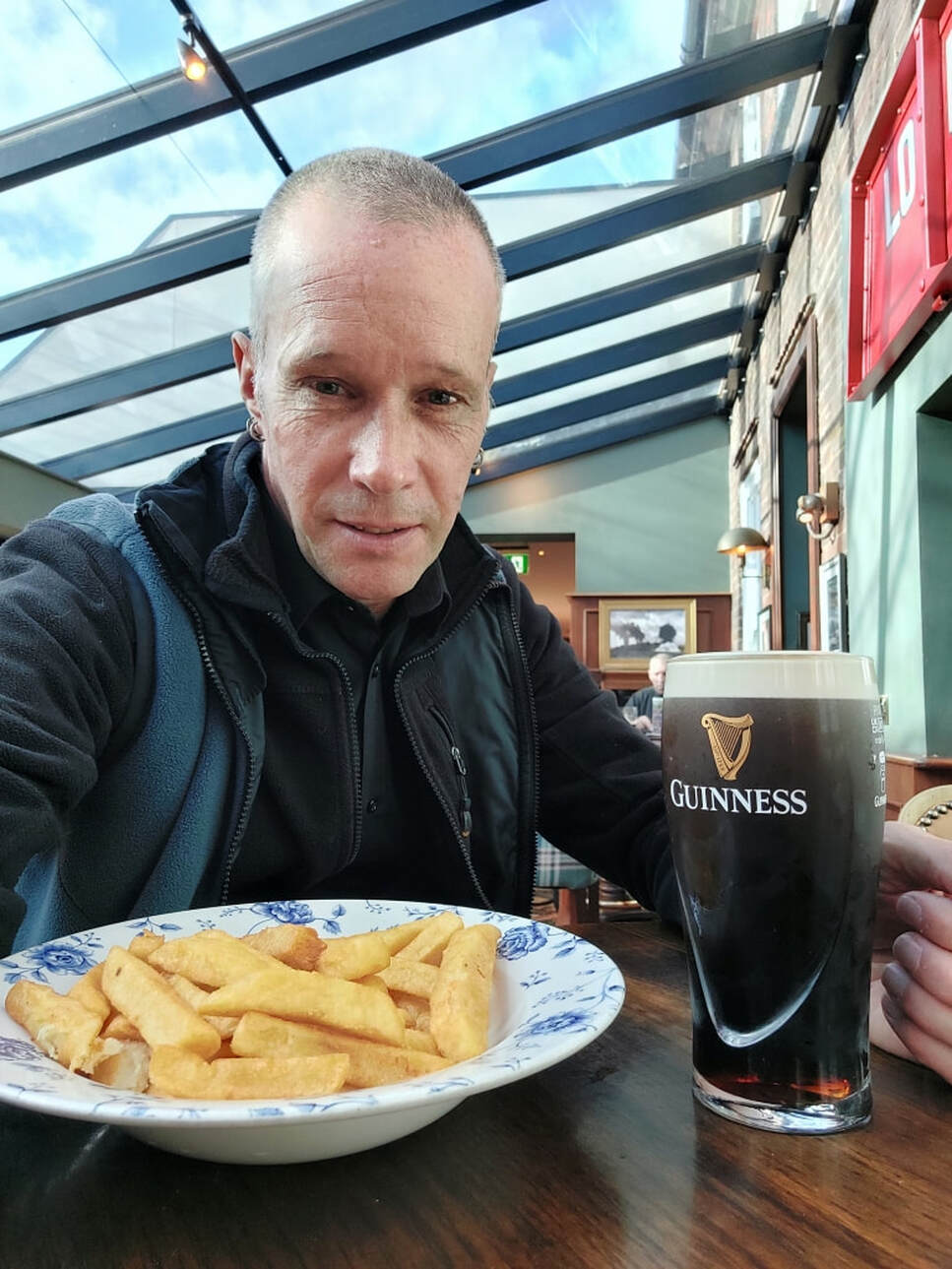 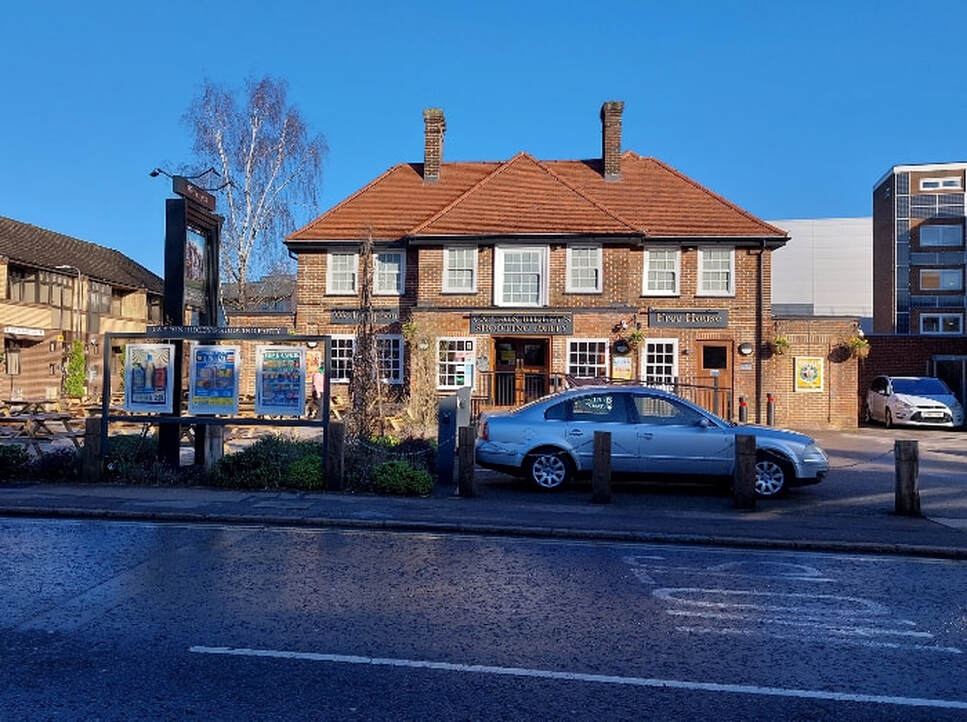