Top sights for the backpacker in Antigua | Guatemala 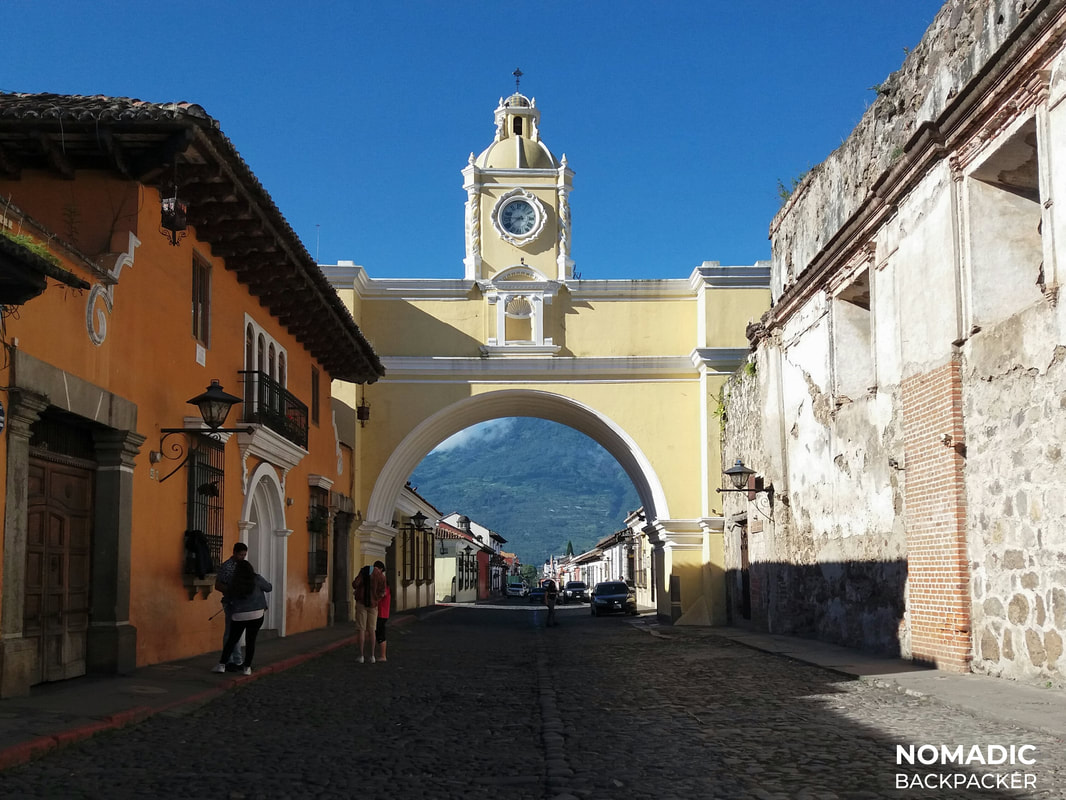 ​Not to be confused with the island of Antigua in the Caribbean which together with Barbuda makes up Antigua and Barbuda.
​
​Full name, La Antigua Guatemala 45km from Guatemala City at an altitude of 1530m.

Founded as Santiago de Los Caballeros de Guatemala in 1524 but when the 1773 earthquake reduced the city to a pile of rocks, the capital was moved to what is now Guatemala City.

On April 7, 1799, the city was officially named La Antigua Guatemala. 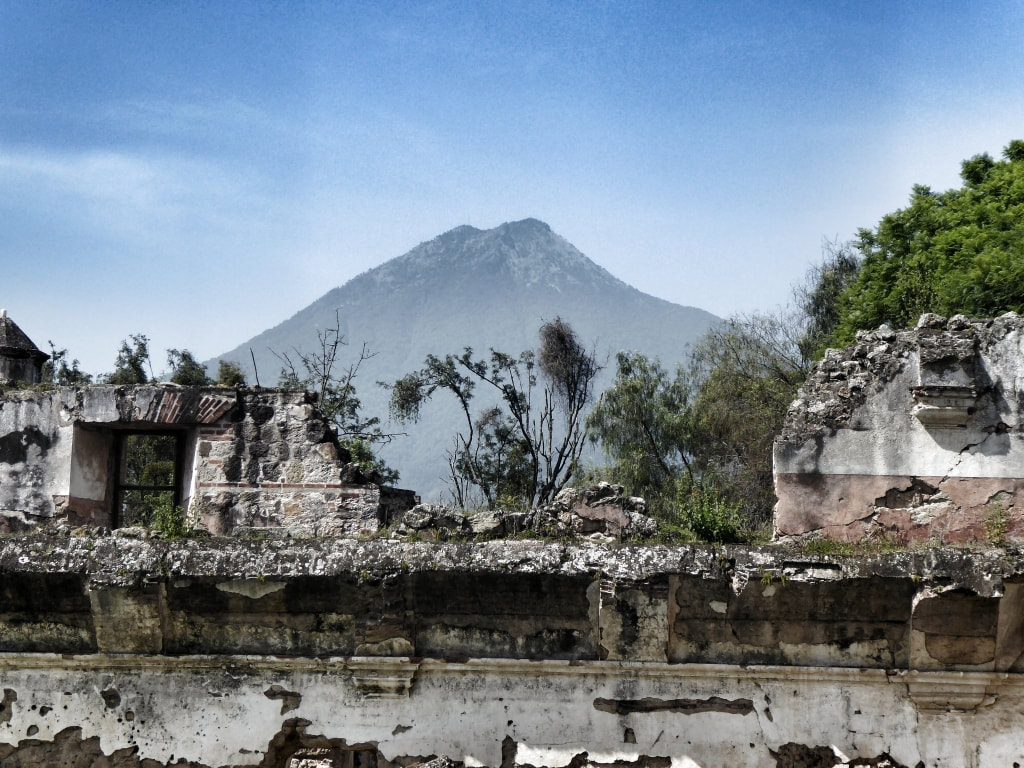 Volcán de Agua is clearly visible to the south of Antigua. 3760m asl but has not erupted in 60-80,000 years.
​
Acatenango has two peaks, Pico Mayor (3,976m) and Yepocapa (3,880 m). Acatenango is joined with Volcán de Fuego and collectively the volcano complex is known as La Horqueta. Acatenango last erupted in 1972.
​
​​Volcán de Fuego, Volcano of Fire, just 16km from Antigua. Last erupted in 2018 but regularly spews out ash and gas every 20 minutes or so.

​Photo from the roof top of my hostel, on full zoom and a little bit of 'drama' using the SNAPSPEED app.

New: I hiked to the active Pacaya Volcano, near Guatemala City 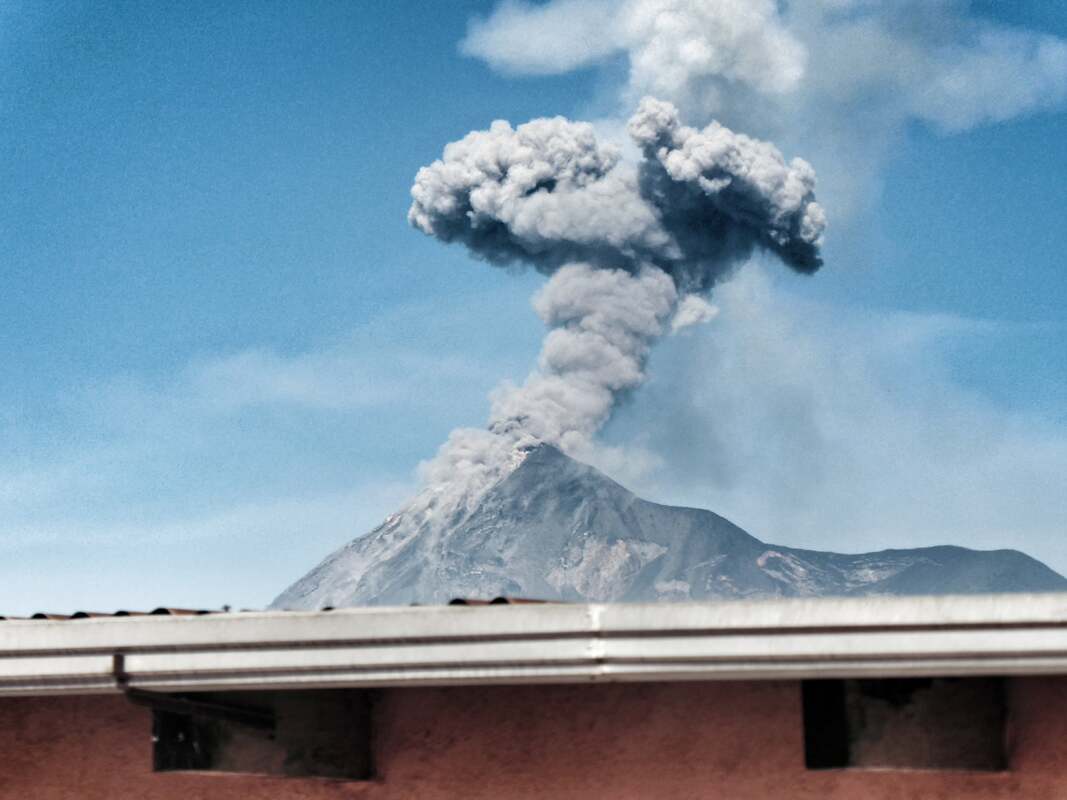 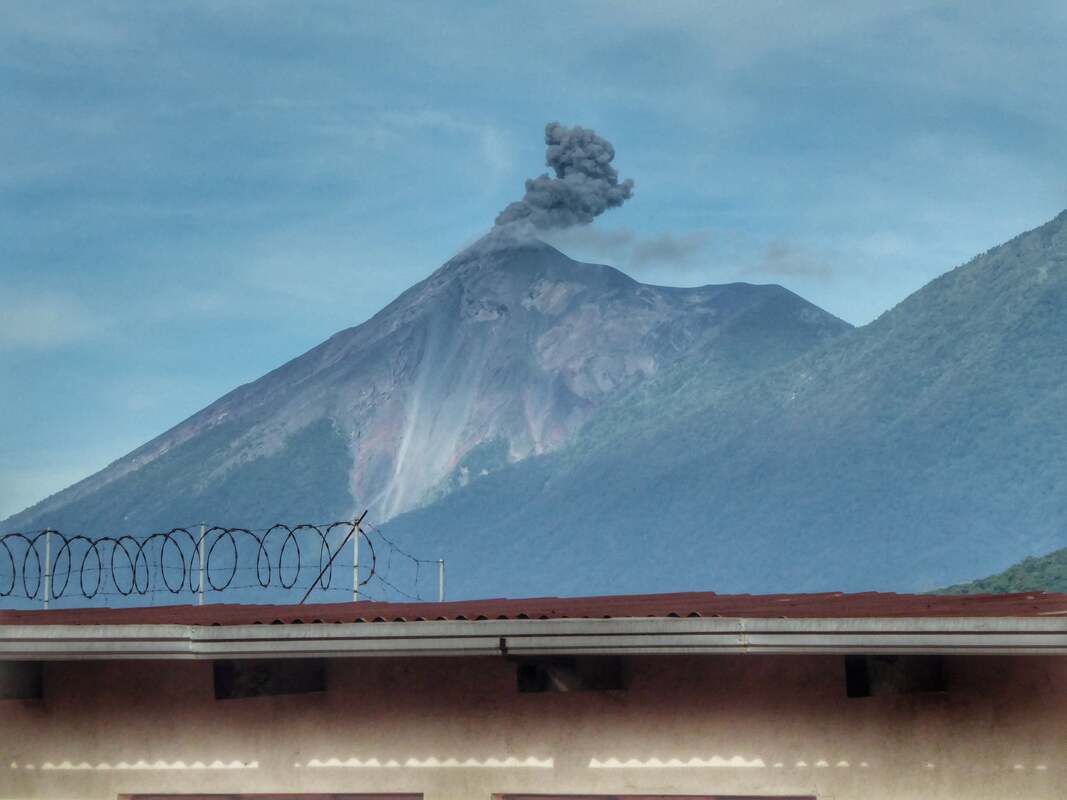 Of the 6 sites in Antigua that require a 40Q ticket, this is one of 2 that I visited.

Founded in 1736 by 5 nuns from the Capuchin Convent in Madrid where no dowry was needed to enter so that "the many good women from poor families could adopt a religious life".

It is notable for the 18 'cells' built in a circular formation. It was abandoned after the 1773 earthquake. 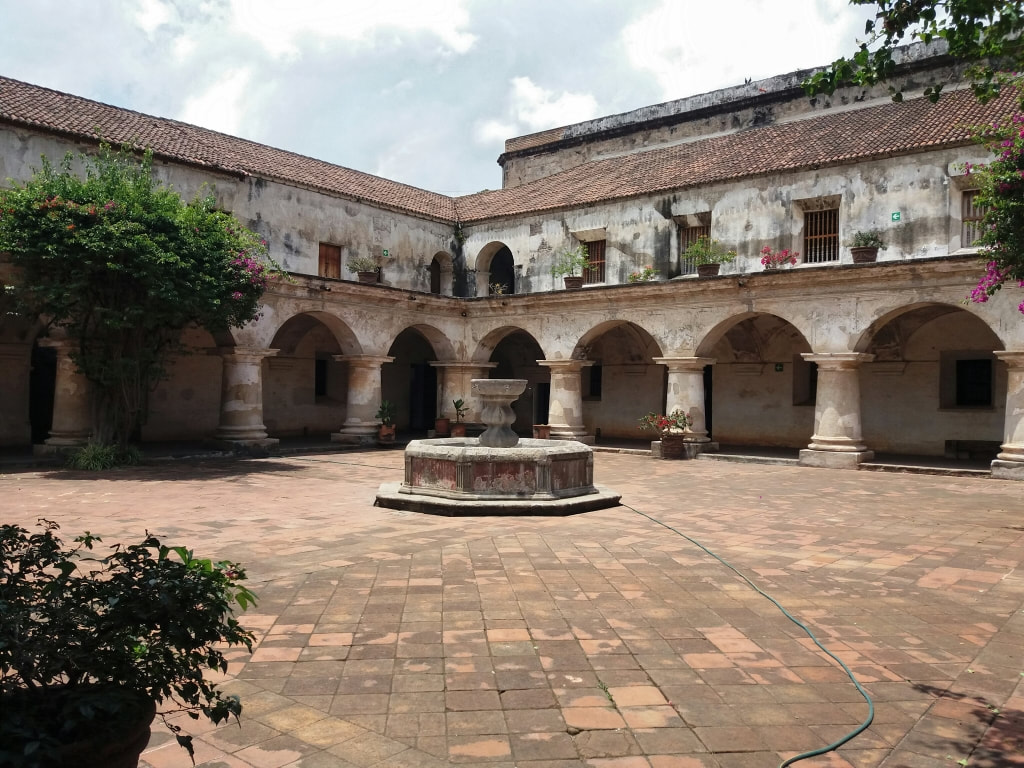 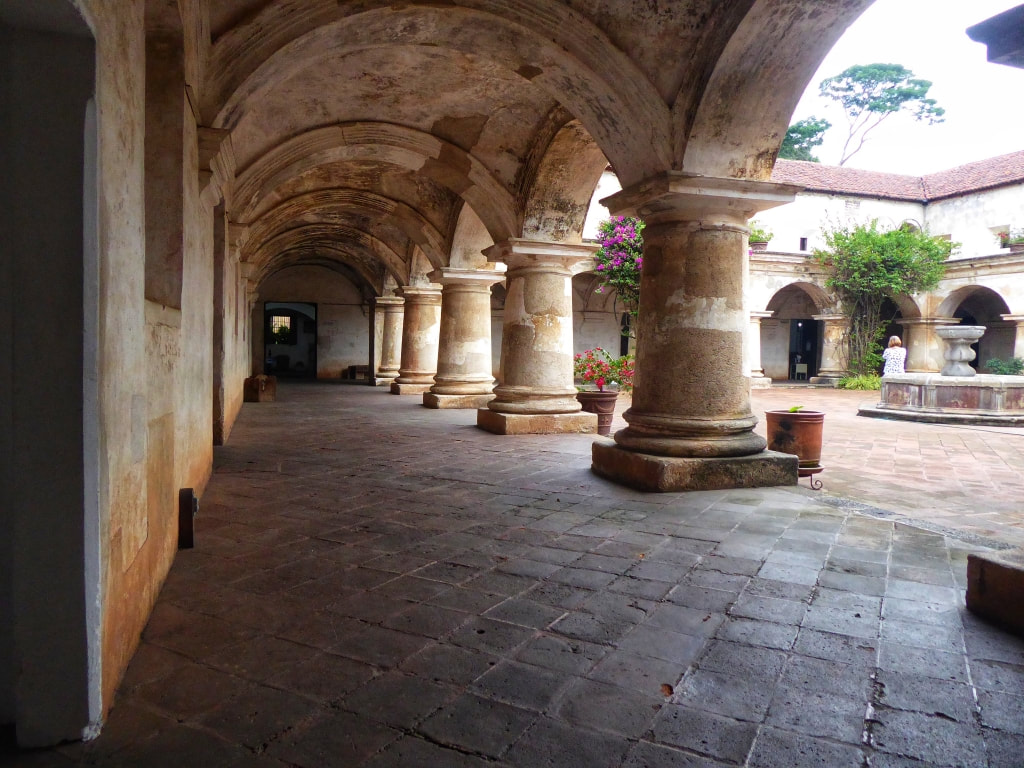 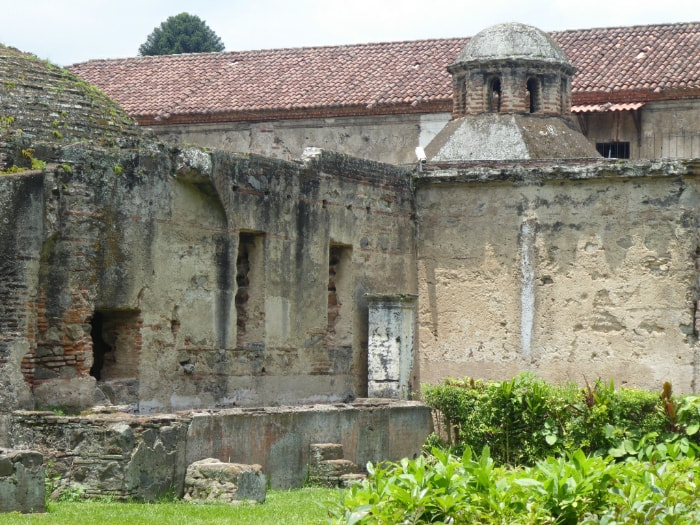 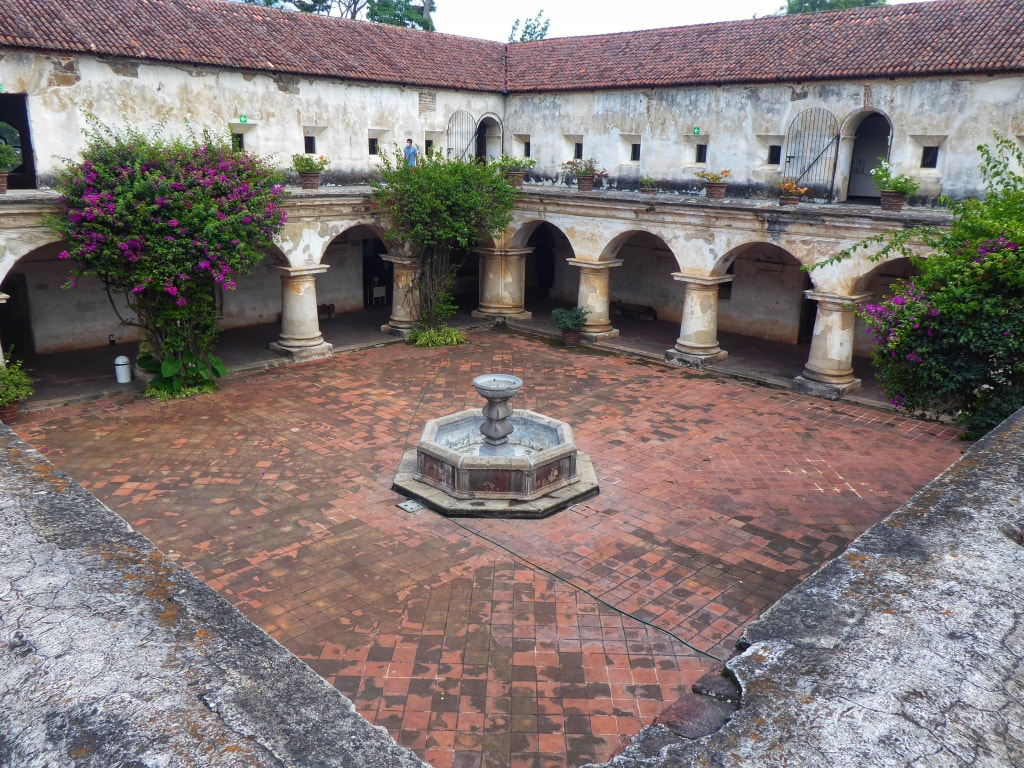 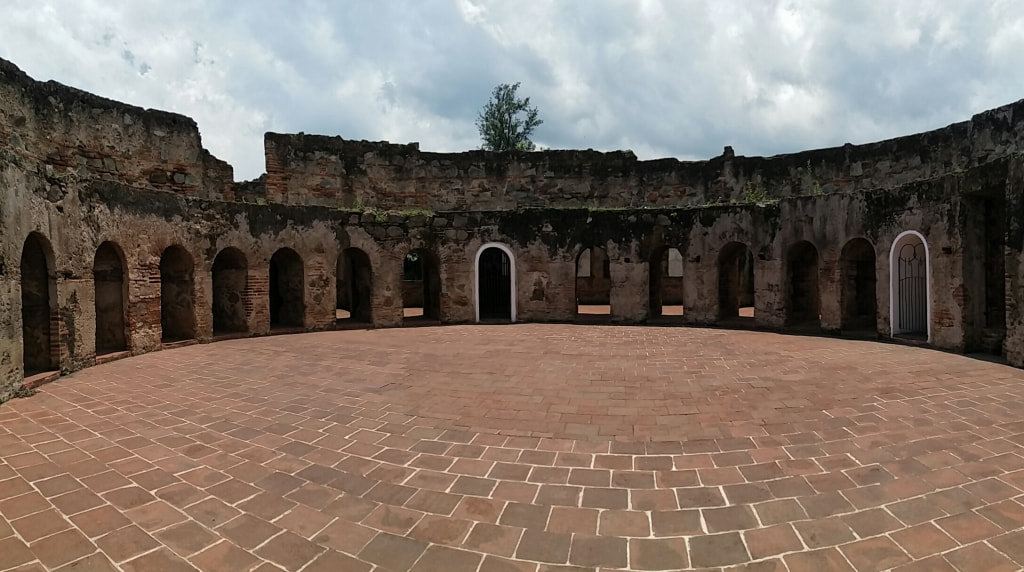 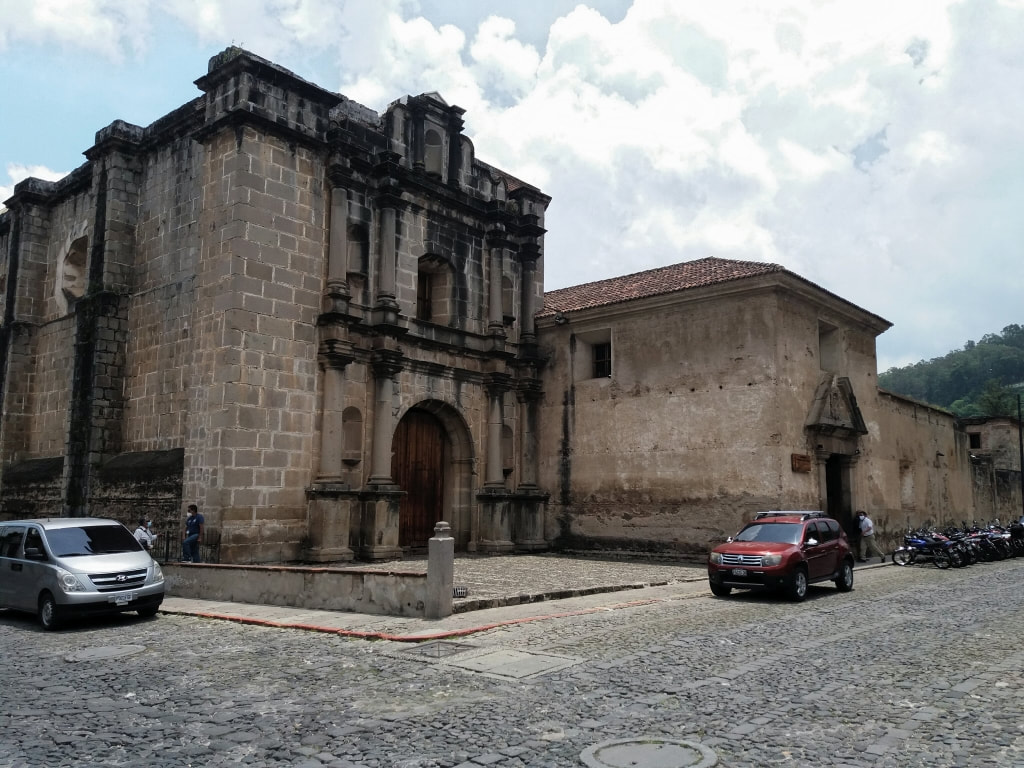 ​Built in the early 18th century this beautiful colonial monument now in ruins was the seat of the Order of the Minor Recollect Brothers, an order that lived in poverty and focused on helping indigenous people.

​It is quite a small site but fun scrambling over the ruins of a convent destroyed in 1773. 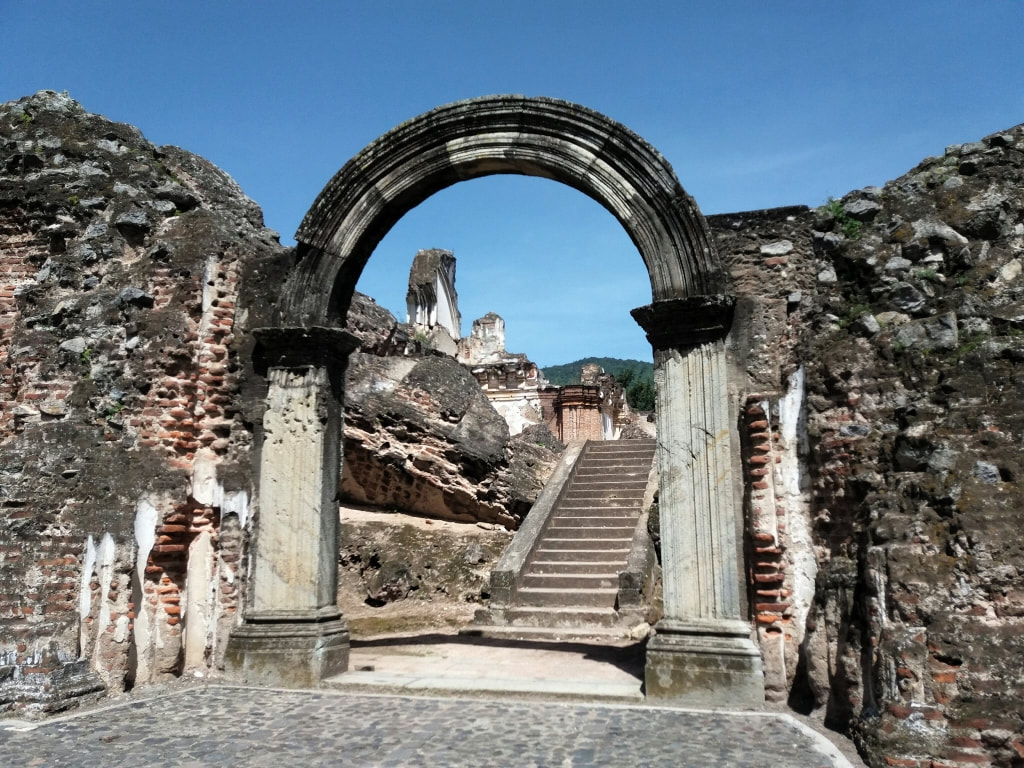 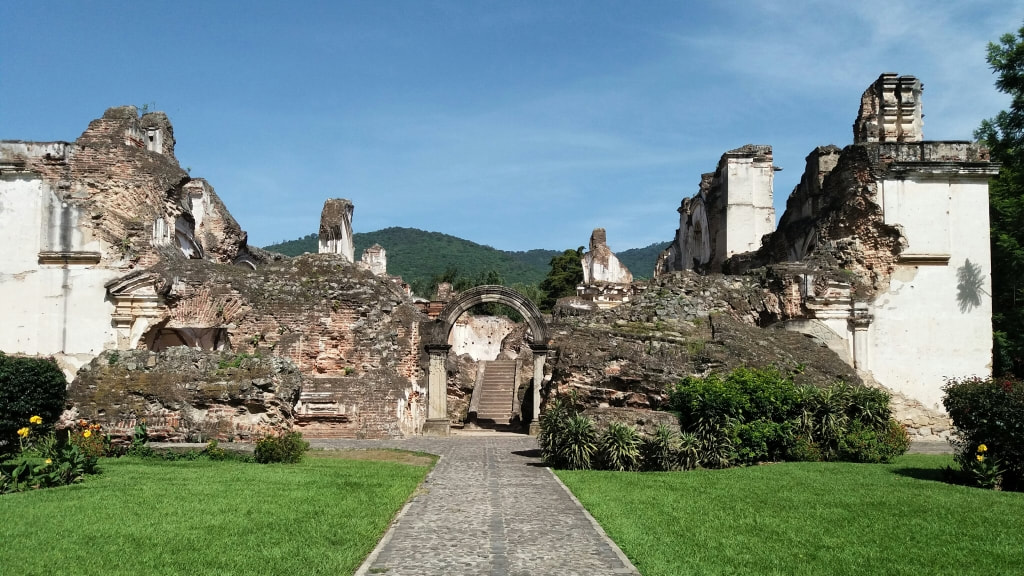 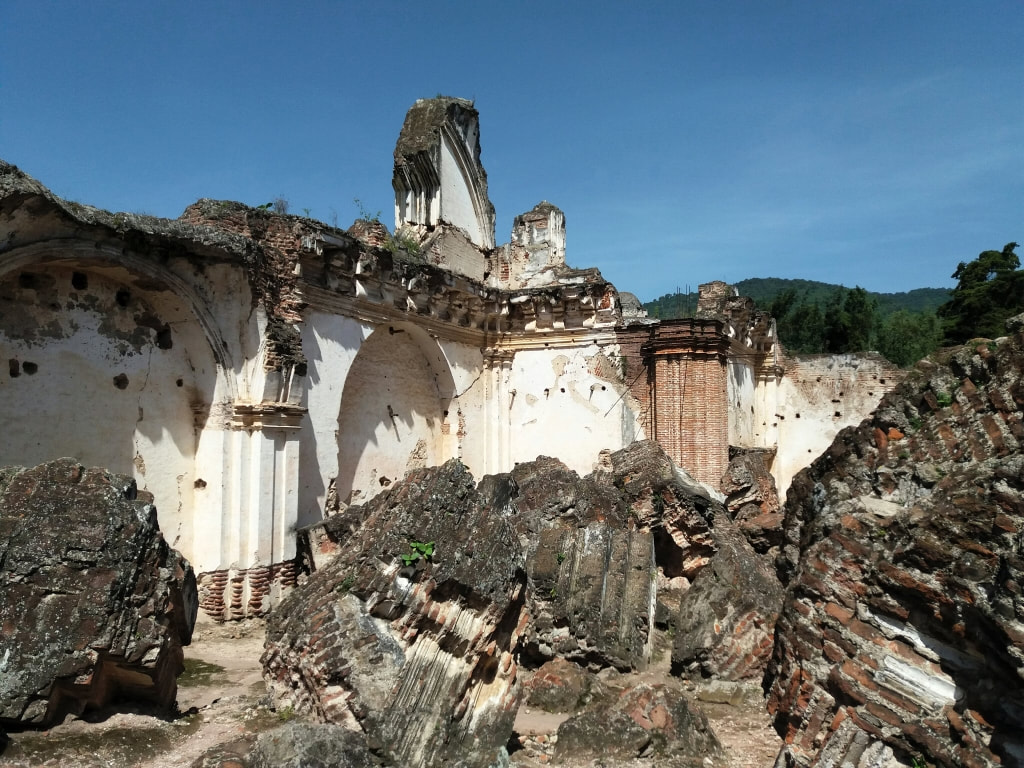 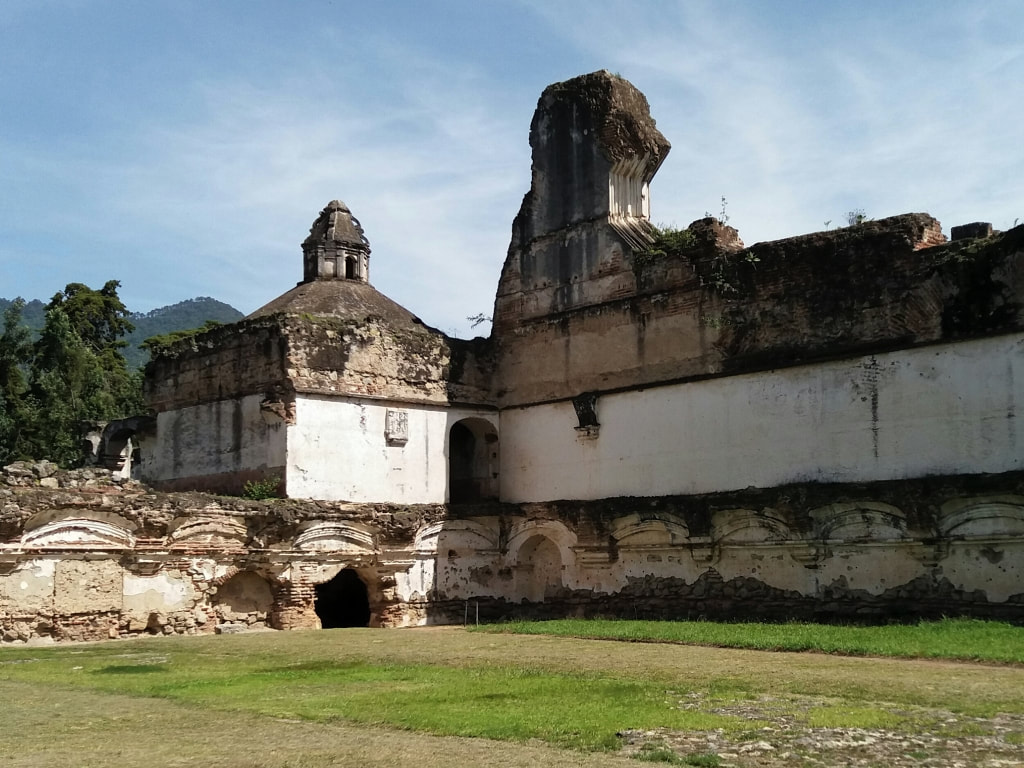 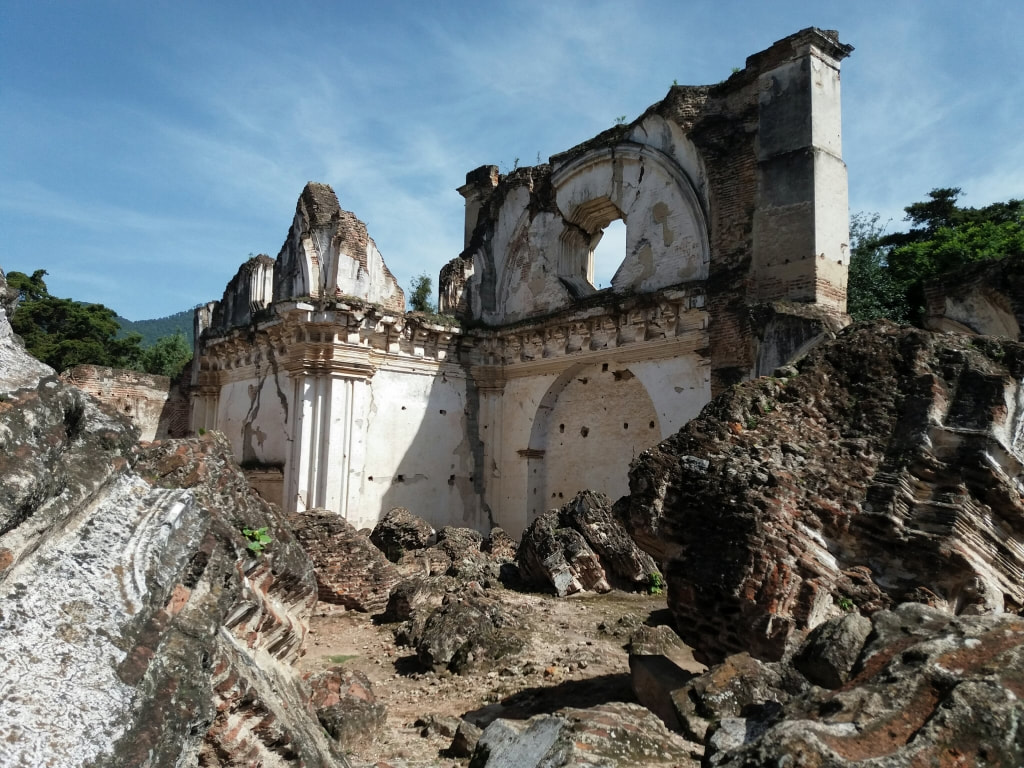 The 4 other sites where you need to pay 40 Q as a foreigner are: Convento de Santa Clara, Claustro de San Jerónimo, Templo Santa Teresa De Jesus and the Holy Week Museum.

Churches of note in Antigua: 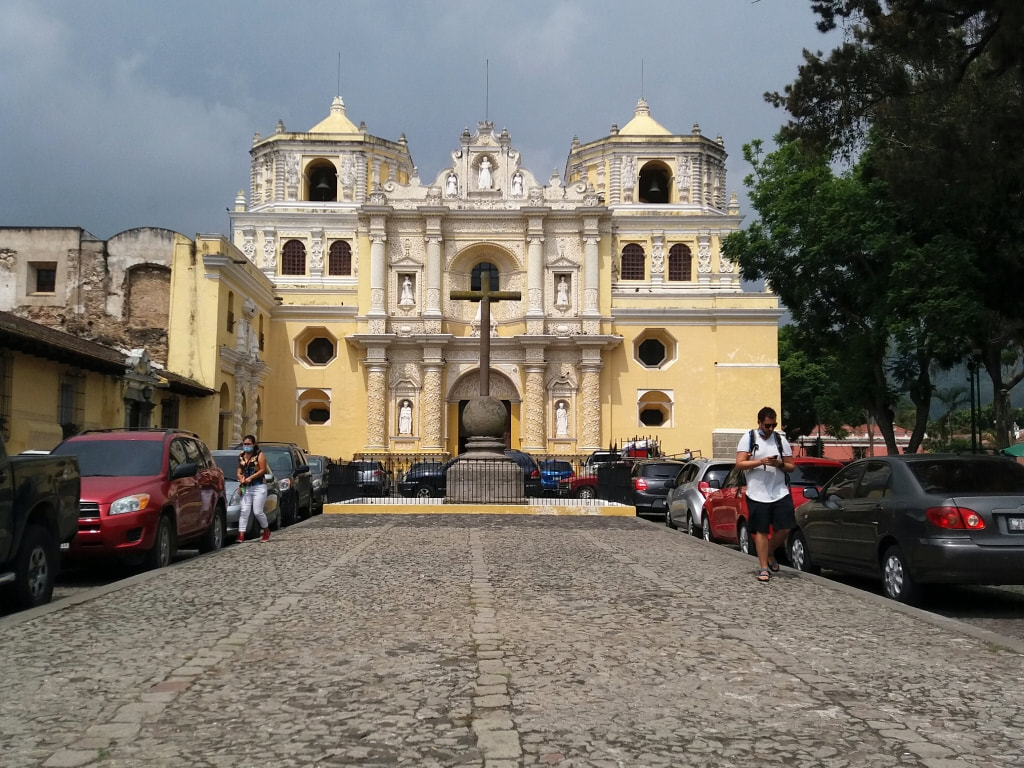 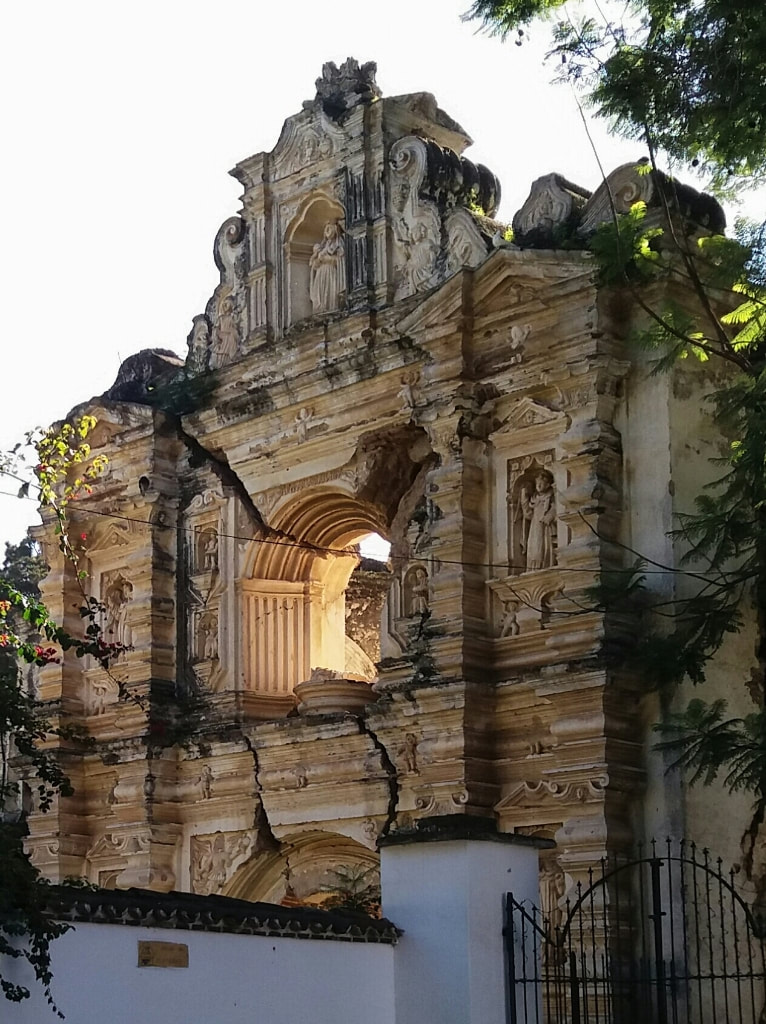 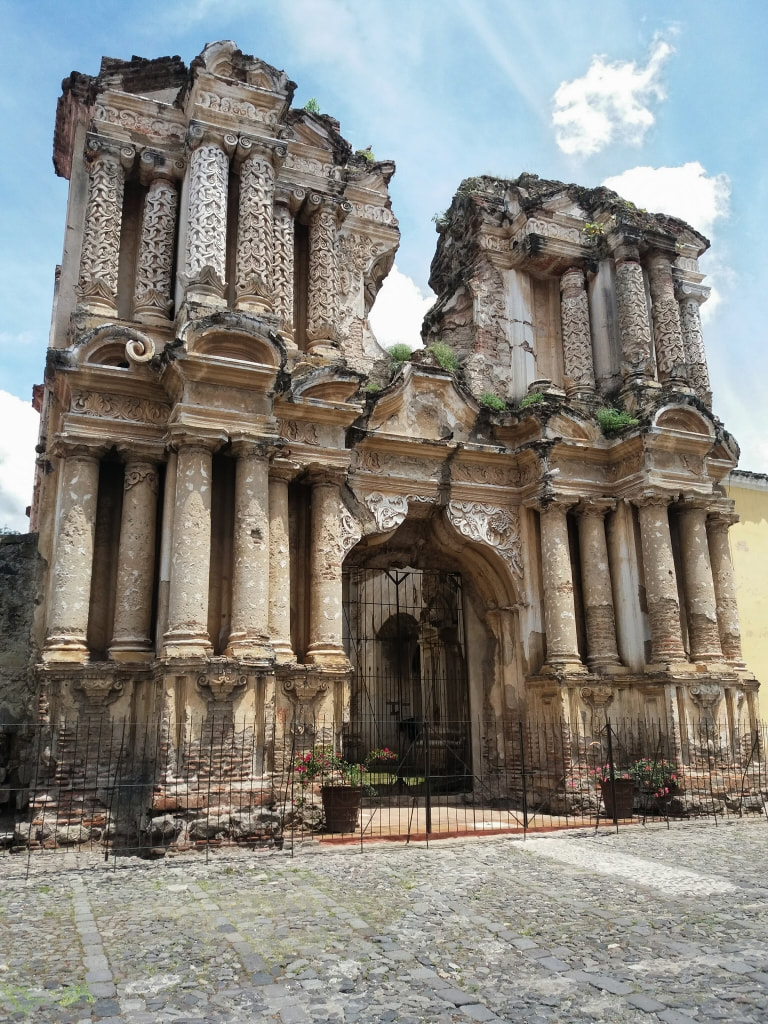 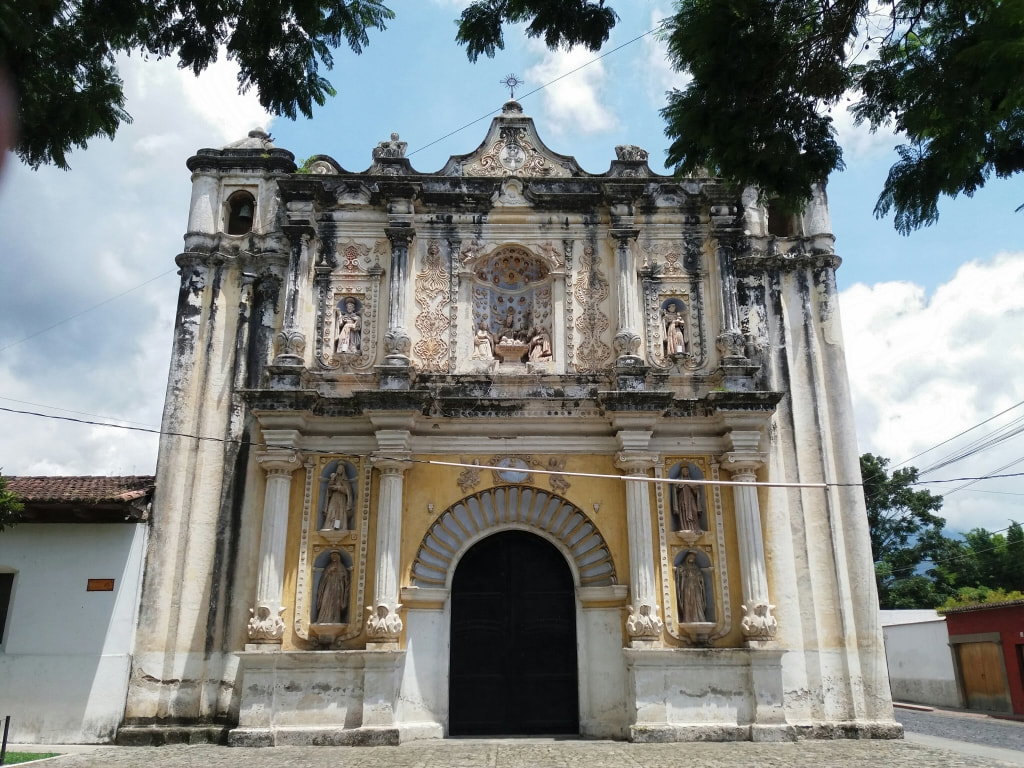 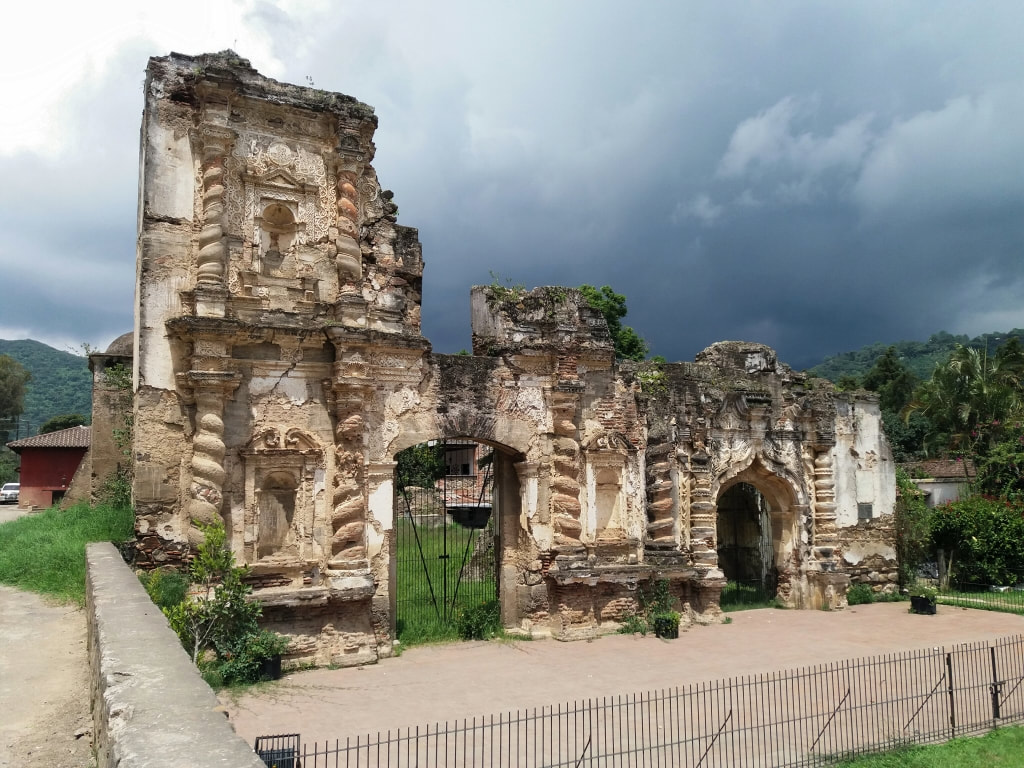 Other notable sites in Antigua you definitely should not miss :

​Built in 1694, it allowed the nuns to cross the street from the Santa Catalina convent to the school without being seen in public: 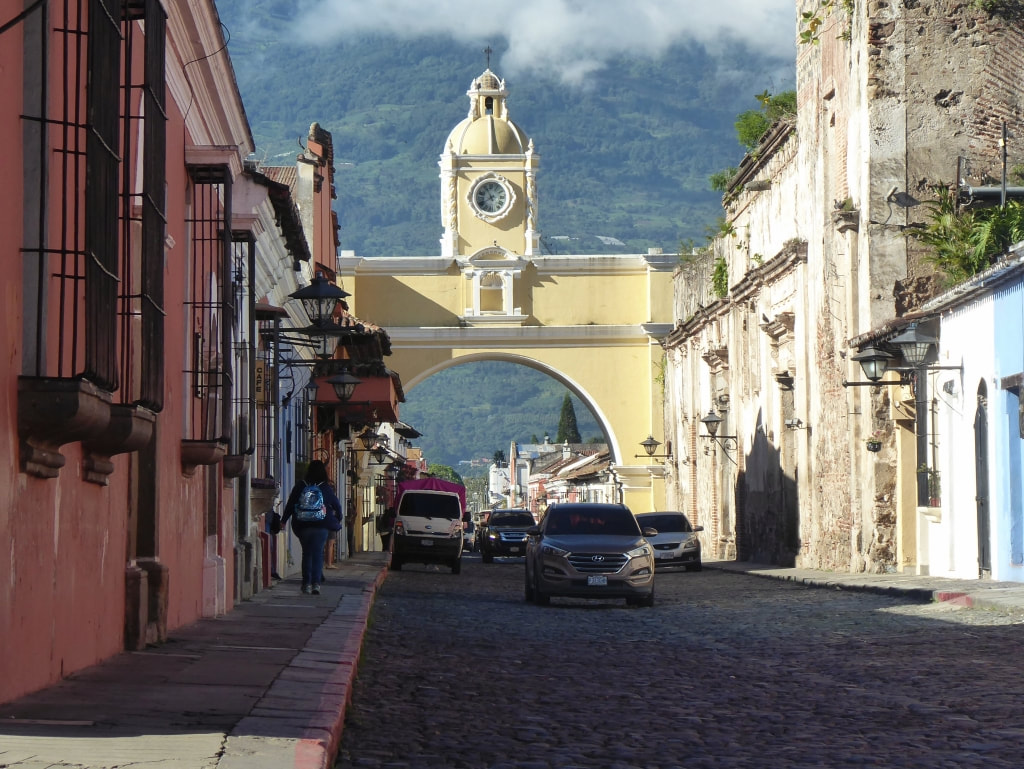 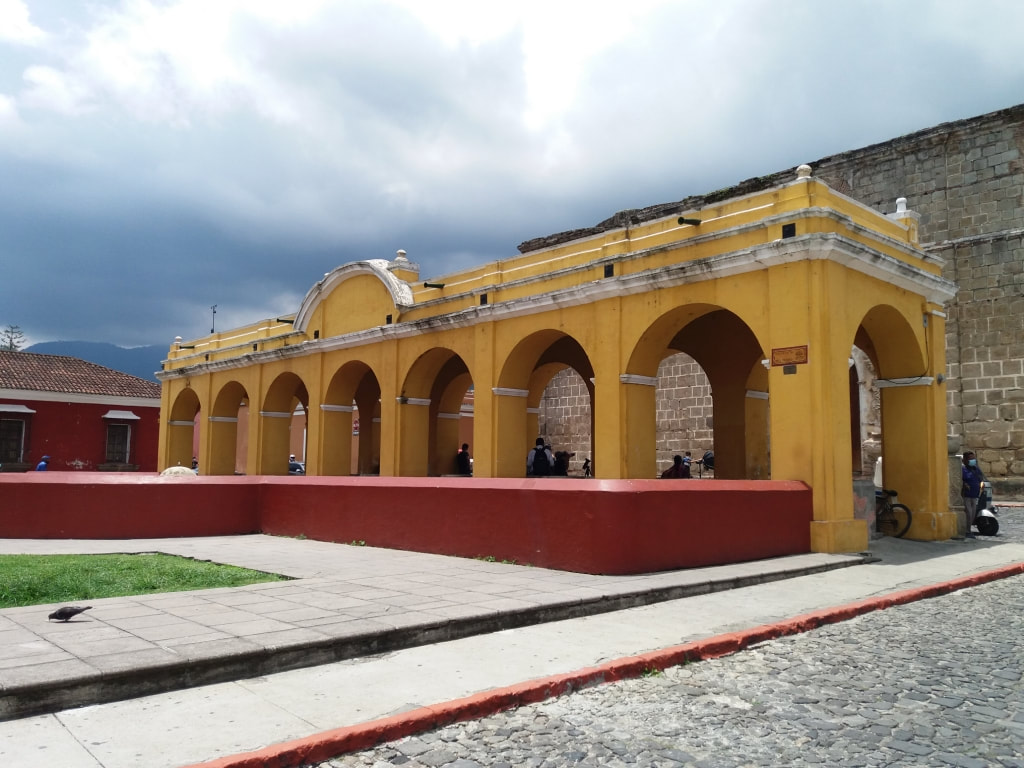 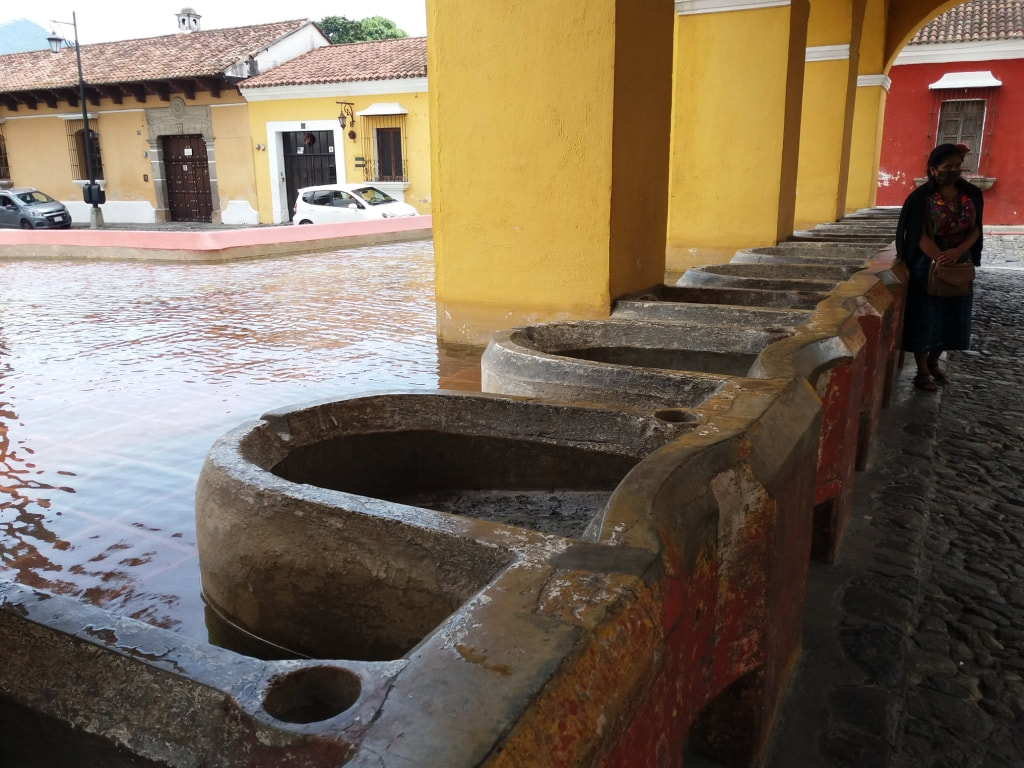 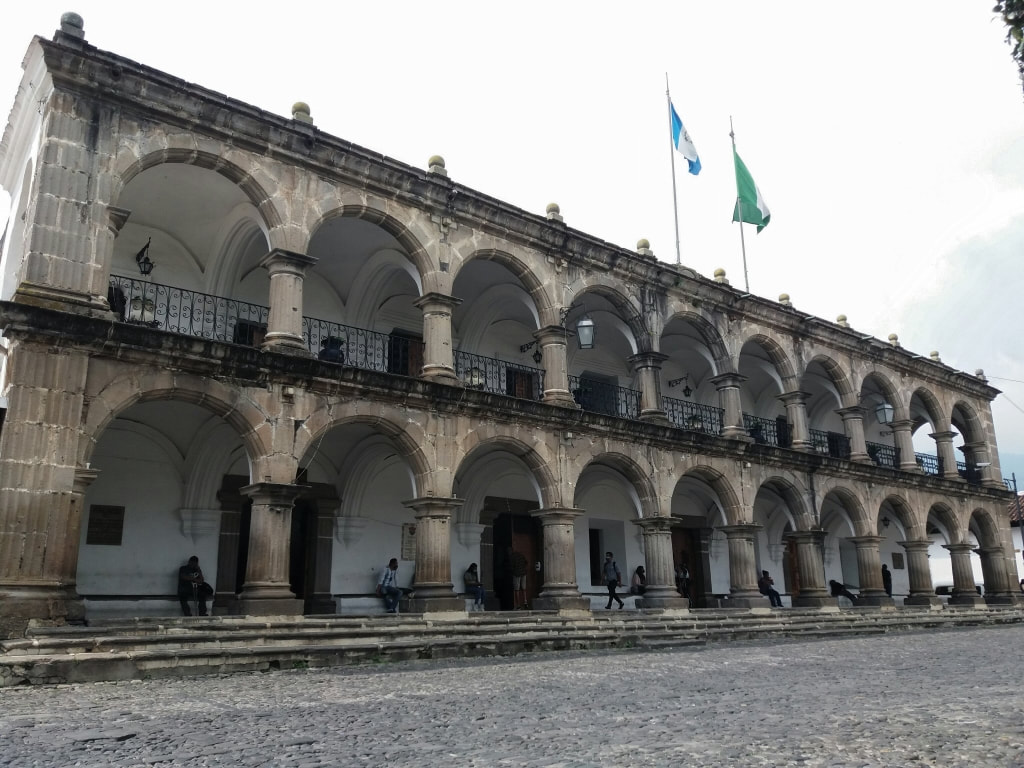 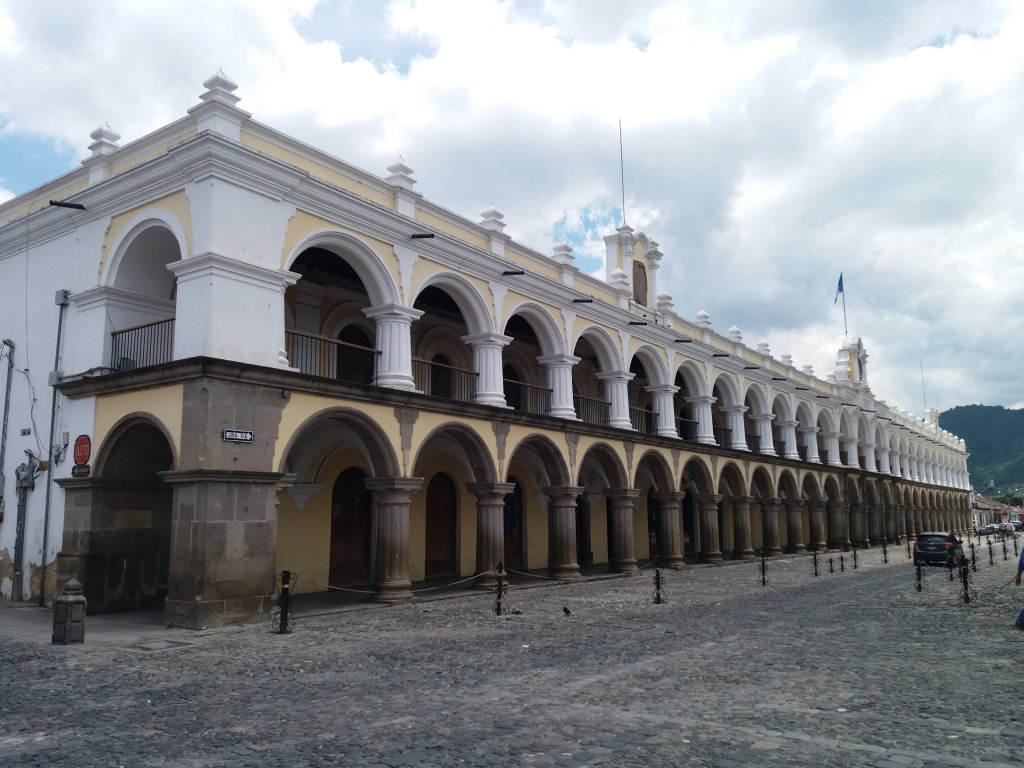 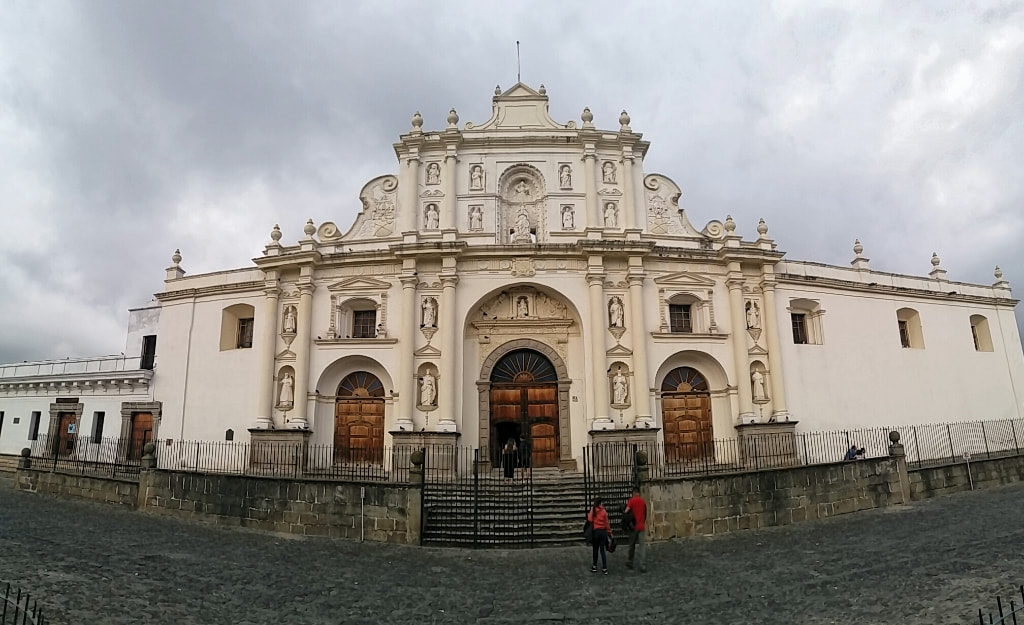 Hill on the north side of the city affording great views. 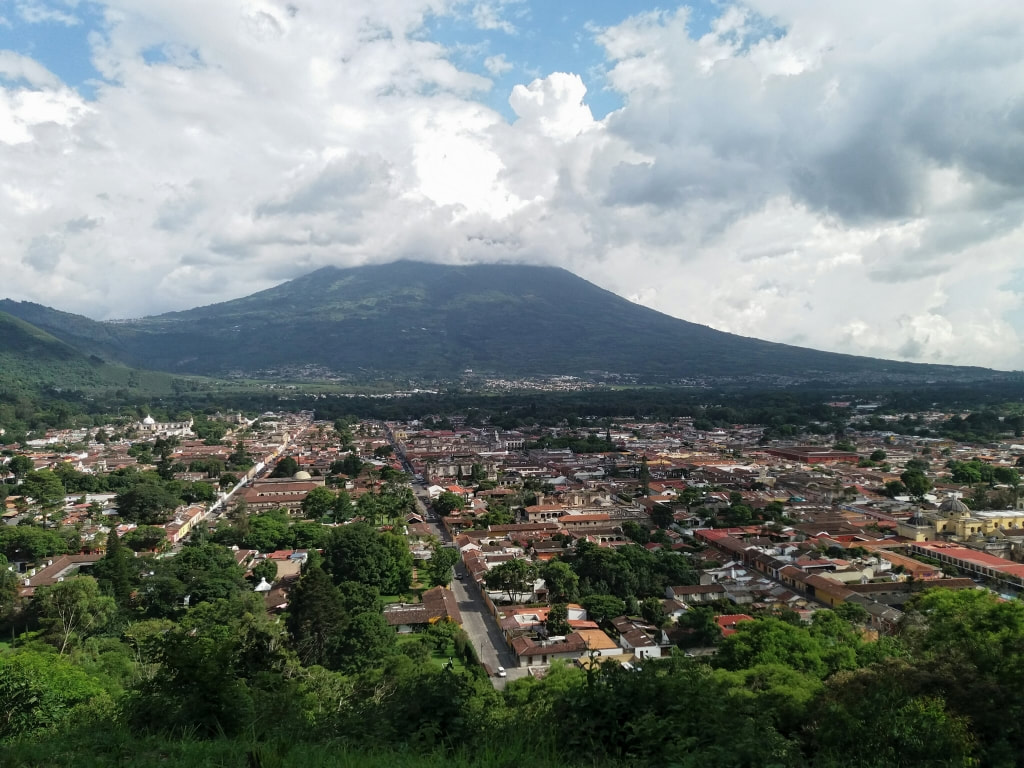 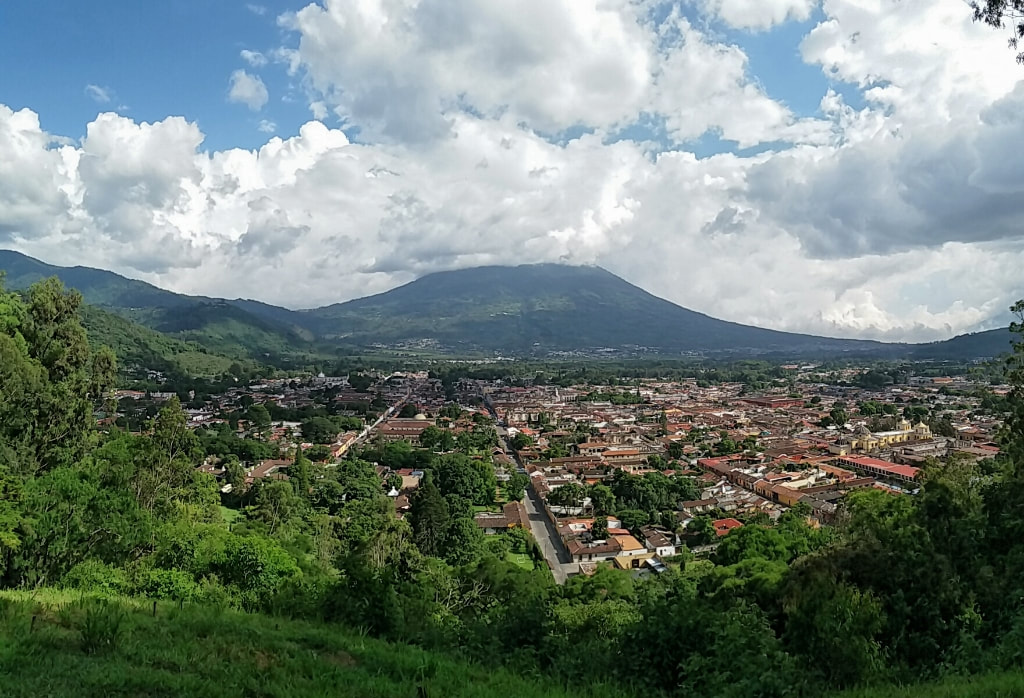 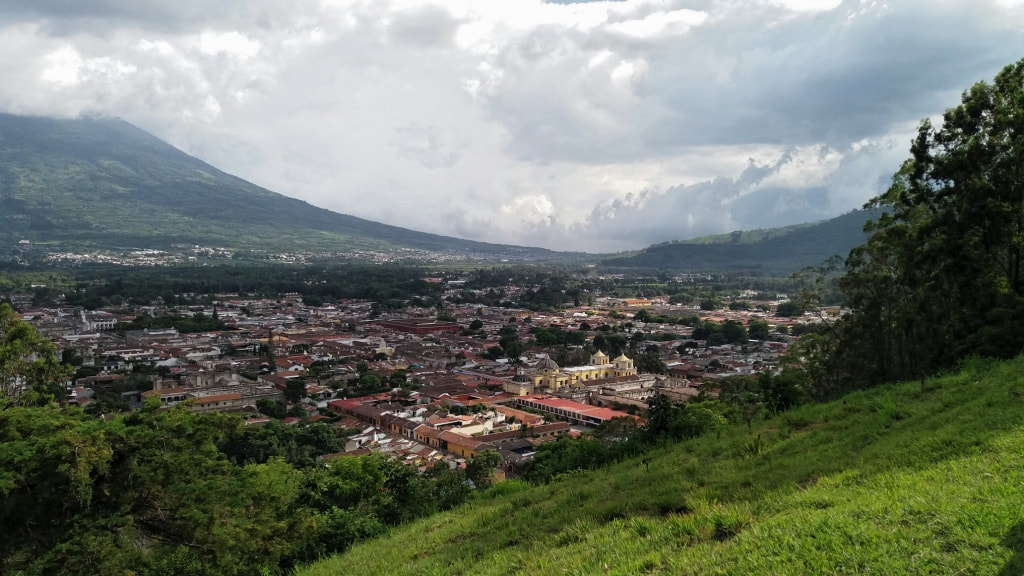 Transport - Getting to and from Antigua:

If you are flying into Guatemala, you can take a 'shuttle publico' from the La Aurora International Airport straight to Antigua.
​
If you are brave or possibly foolhardy you can get yourself to the chicken bus station, Hacia Occidente, situated right in the heart of the action in Zona 3 (the security situation in GC is getting worse) and get a connection to Antigua though it's not that the actual chicken buses are dangerous per se.

From Lake Atitlan, you can get a tourist shuttle from Panajachel to Antigua or ride the (4) chicken buses as I did.

From Antigua I eventually headed east to Puerto Barrios with the Litegua Bus company and then I took a boat to Livingston, another boat to Rio Dulce and then a Fuente del Norte bus to Flores.

Litegua no longer have an office in Antigua.

Their station in GC is zona 1, the historical district which has a worsening security situation.

Playing safe, I booked a gringo taxi using the agency, Club de Los Viajeros on 1a Calle Poniente, which I shared with another traveller straight to the Litegua terminal and bought the ticket when I got there.

Hedman Alas run buses to Honduras. First a shuttle to Guatemala City and then a big bus to Copan Ruinas, San Pedro Sula or Tegucigalpa 5 days a week.
​
Covid entry requirements as of July 2021: Double vaccination (anyone is ok as long as it's the full course) or a PCR test or Rapid Antigen test. You also need to register online.

Check out the latest at the Hedman Alas office on 5a Avenida Norte between 2a and 3a Calle Poniente.
​

​I stayed 2 weeks at the Hospedaje El Viajero (they have a hostel in Panajachel too).

It's possibly the cheapest hostel in Antigua. 70 Q for a single room. It's quiet. Has just 7 rooms. Kitchen and free water. OK Wi-Fi and a super view. 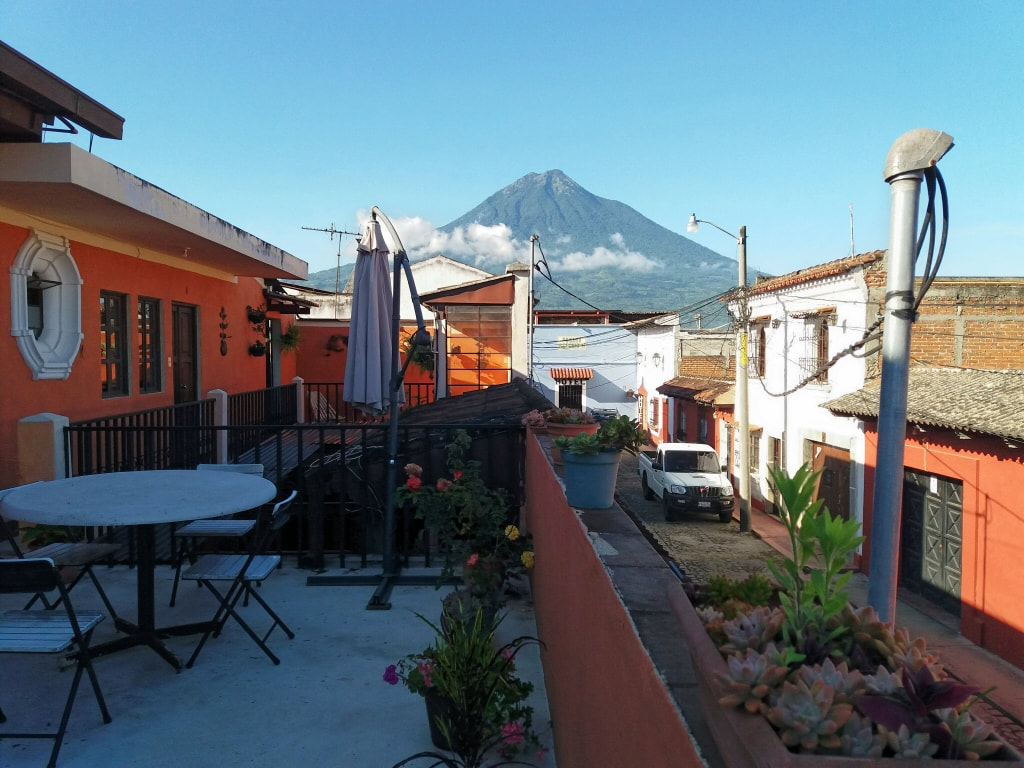