How to Travel by Metrobús in Mexico City

November 30, 2022 Tagged: Mexico, Travel Advice
The MetroBus is cheap and relatively efficient and the 2nd best way to get around Mexico City after the Metro. 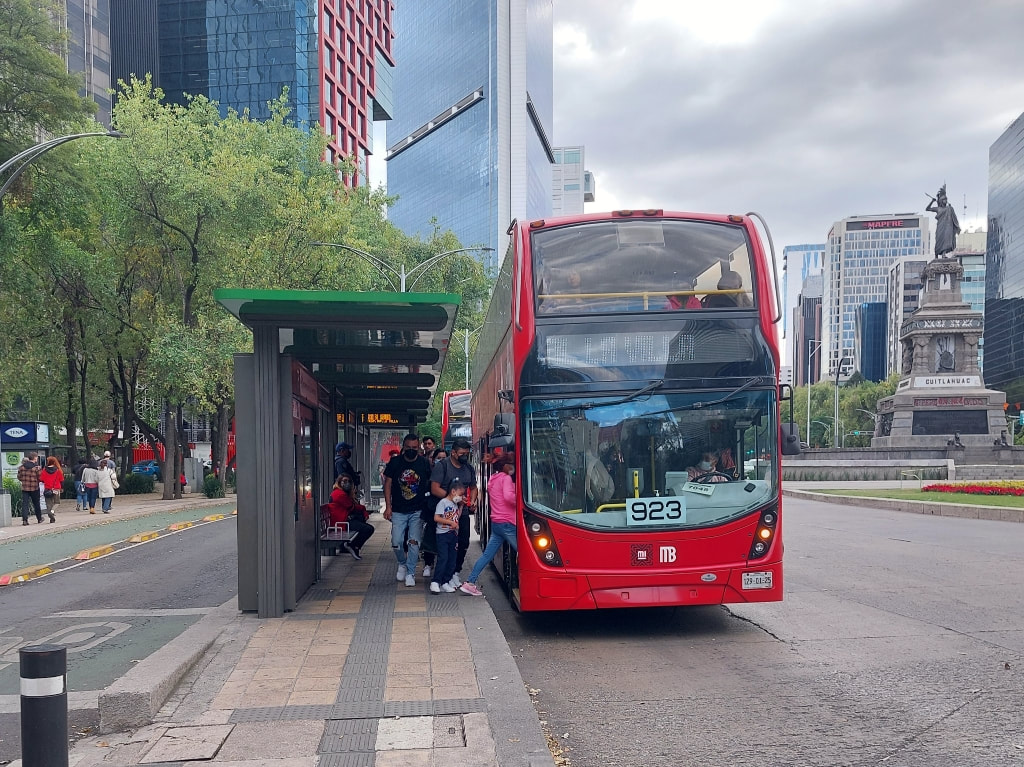 This is my third post to using public transportation in Mexico City. Last week I detailed how to travel using the Metro and earlier this year, the Tren Suburbano and the 4th post about How to Travel by Trolleybus in Mexico City is now live too.

I have travelled regularly on lines 1, 3, 5 and 7 which is the newest line with double decker buses.

I say 'relatively efficient' because despite having their own dedicated MetroBus lanes, you still have to fight with the traffic.

Motorcyclists and emergency vehicles have a habit of using the bus lanes. But for me, they could have designed it slightly different.

​Each station serves traffic in both directions and at Jardin Pushkin for example, the MetroBus makes the stop at the station, then moves 20 metres and has to stop at the traffic lights.

They could have designed it so that the stations where either side of the lights and the stop was synchronised with the lights thus giving the MetroBus priority.

Here is the Metrobus map for Mexico City: 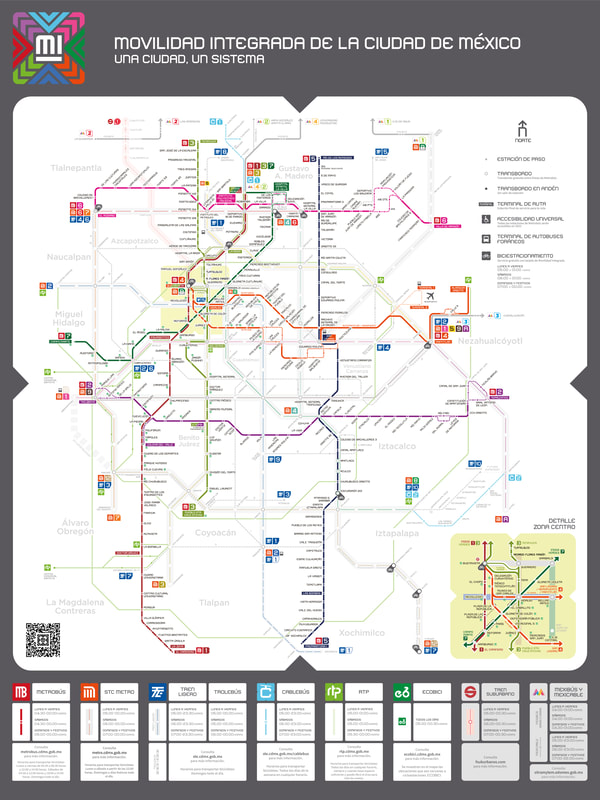 The Metrobus at Cuauhtémoc station on line 3: 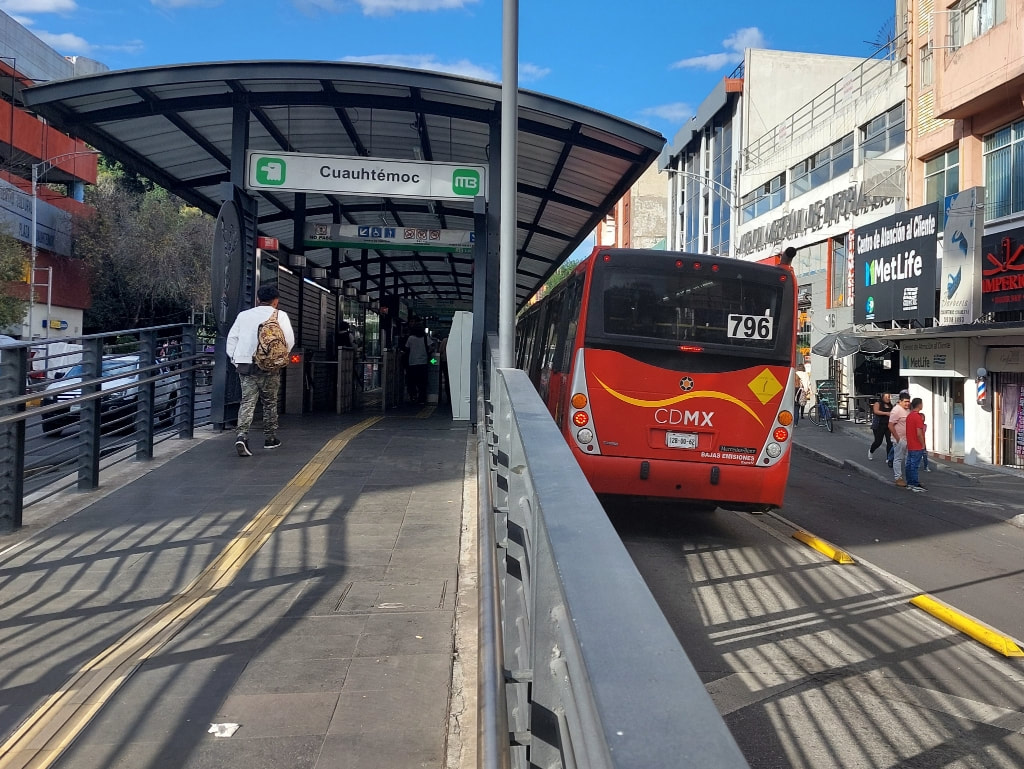 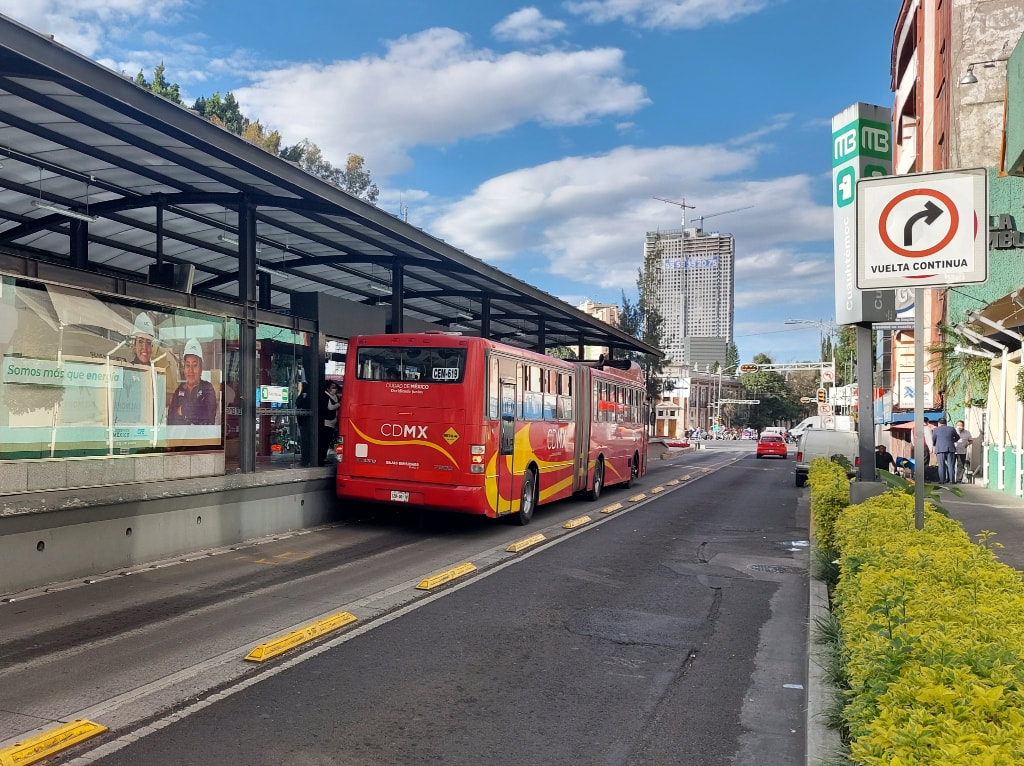 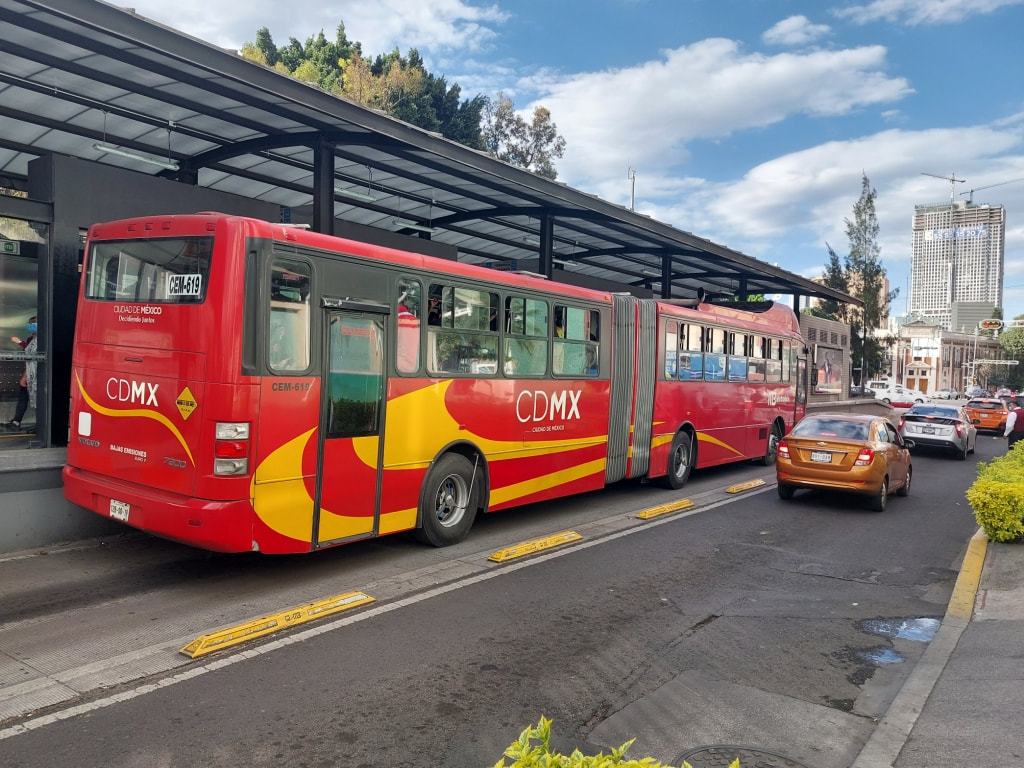 How much does it cost to ride the MetroBus

Each ride costs 6 Pesos. You must have a rechargeable 15-Peso SmartCard which you can buy at the Taquilla in the Metro stations. Supposedly you can buy the card at the ticket machines at the entrance to the MetroBus stations but I cannot confirm this. I have seen many different types of machines and it is definitely not possible to buy them at all stations.

The 'tickets' are not transferable. By this I mean that, if you ride the Metro and connect with the MetroBus, you must pay again.

Like the Metro you swipe the card to enter through the turnstiles but not to exit.

Topping up the Smartcard at the Jardin Pushkin: 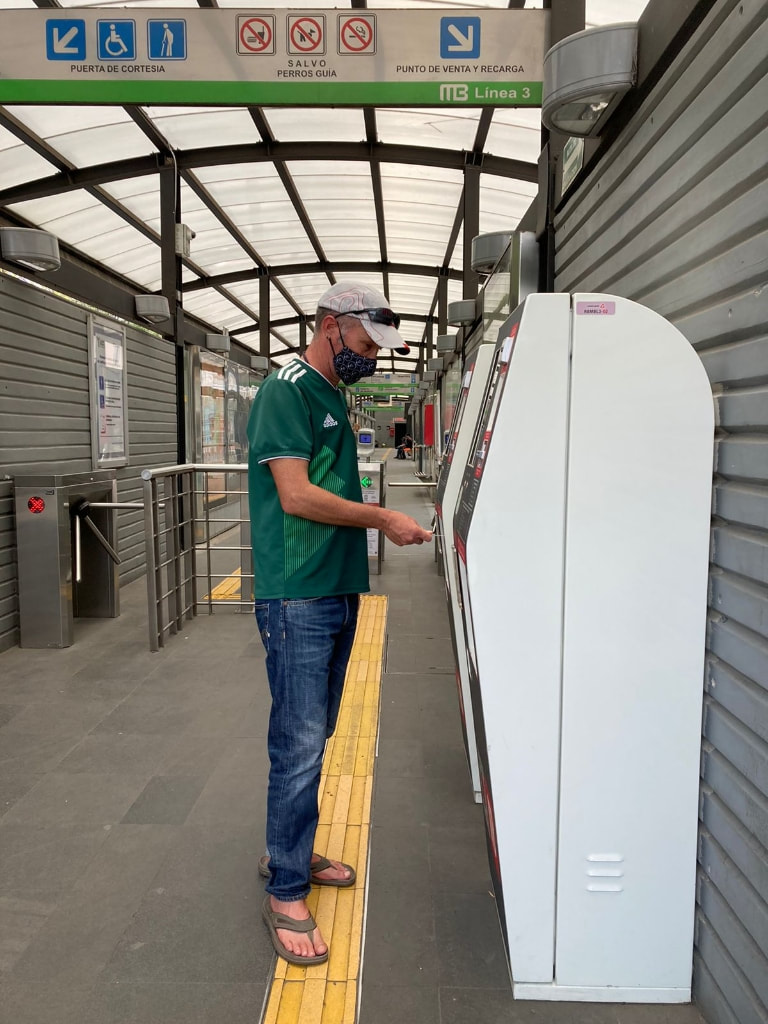 Mexico City smartcard for the Metro and Metrobus: 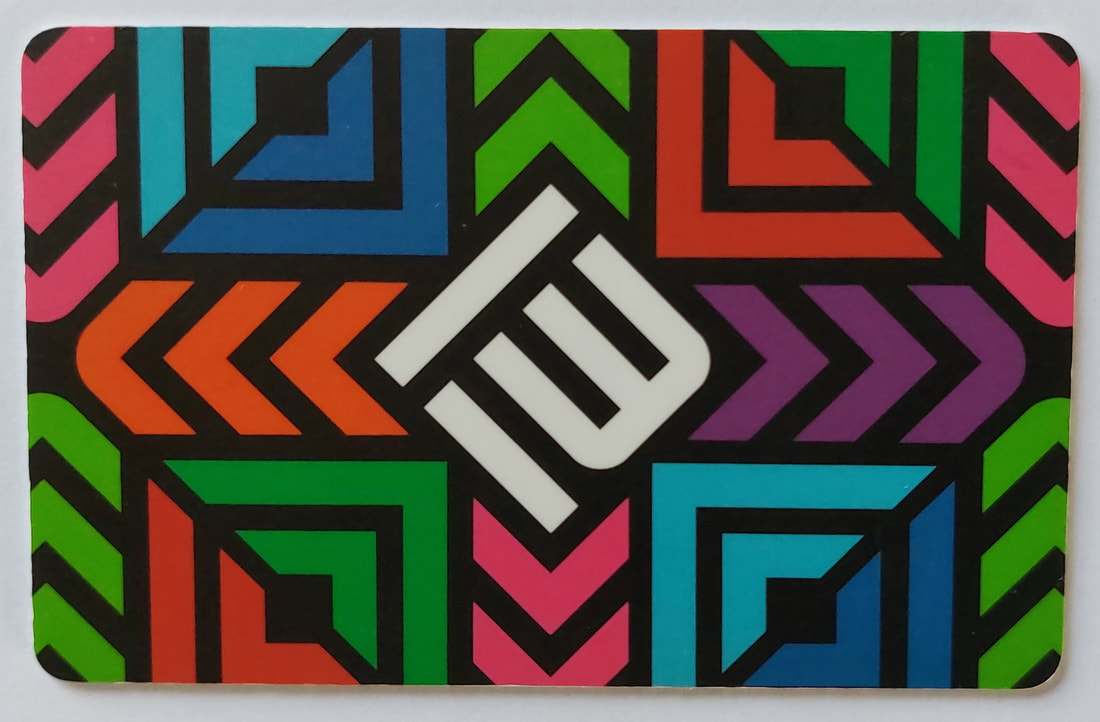 The Metrobus in Mexico City operates to the following schedule:
​

Smart double decker buses on line 7 of the Metrobus at Reforma in Mexico City: 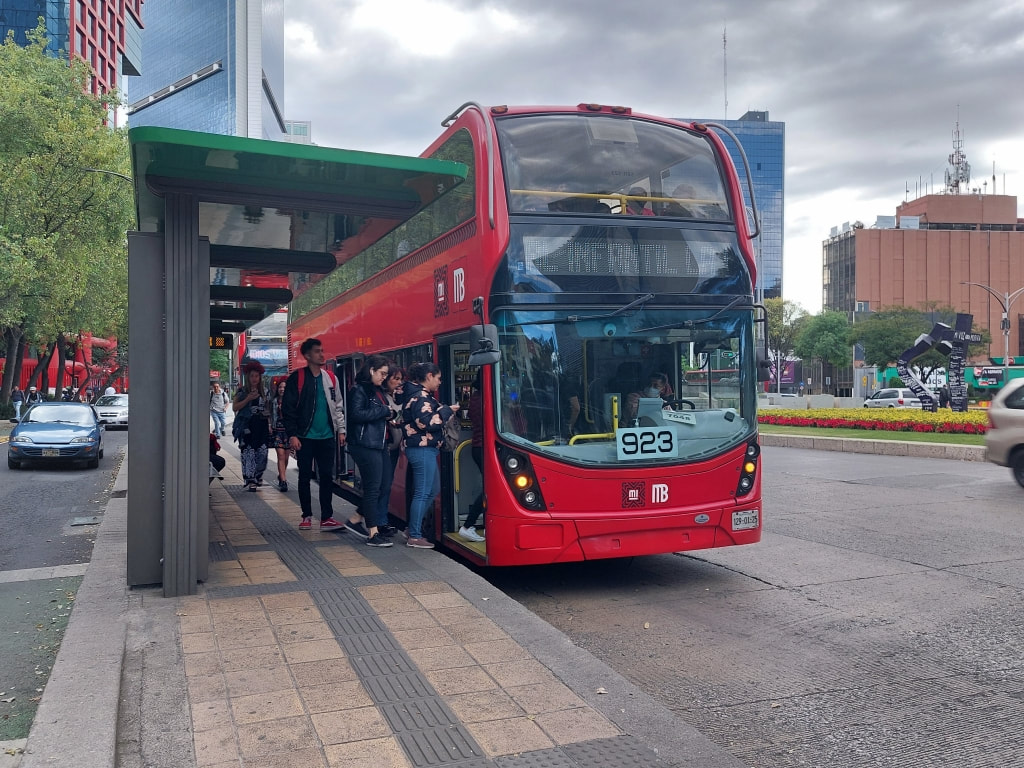 Metrobus - is it safe?

Safety on the MetroBus

As for using the Metro, be vigilant at all times. Watch your stuff and more so, your pockets. The buses can get very packed.

Always hold the handrails. They do stop rather suddenly sometimes.

There are dedicated Women and Children Only sections, towards the front of the buses. This is very easy to see as they are all 'pretty in pink'.

And on Miss CDMXs advice, if you are female and travelling alone, make use of these! 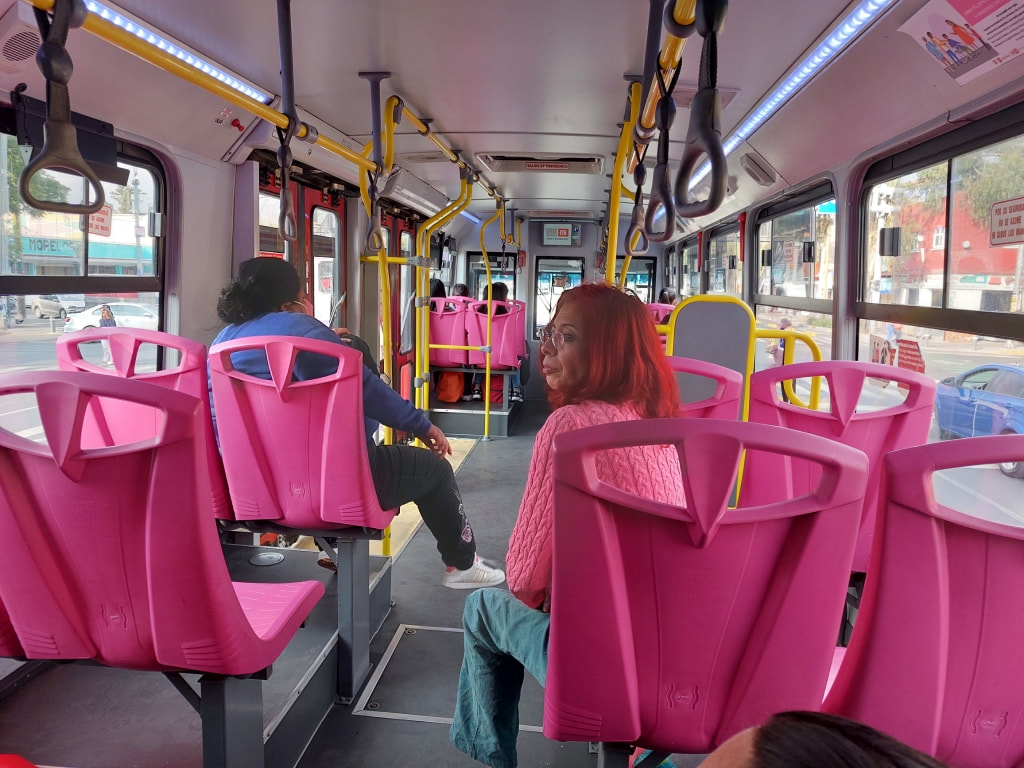 The Metrobus at Hamburgo station on line 1: 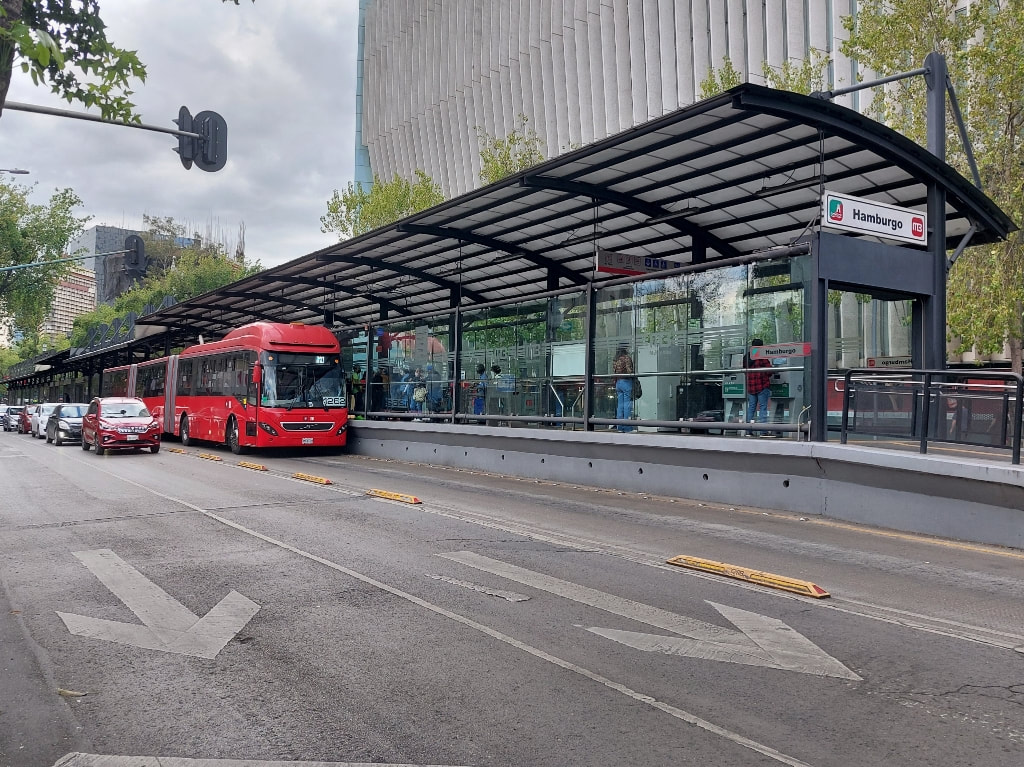 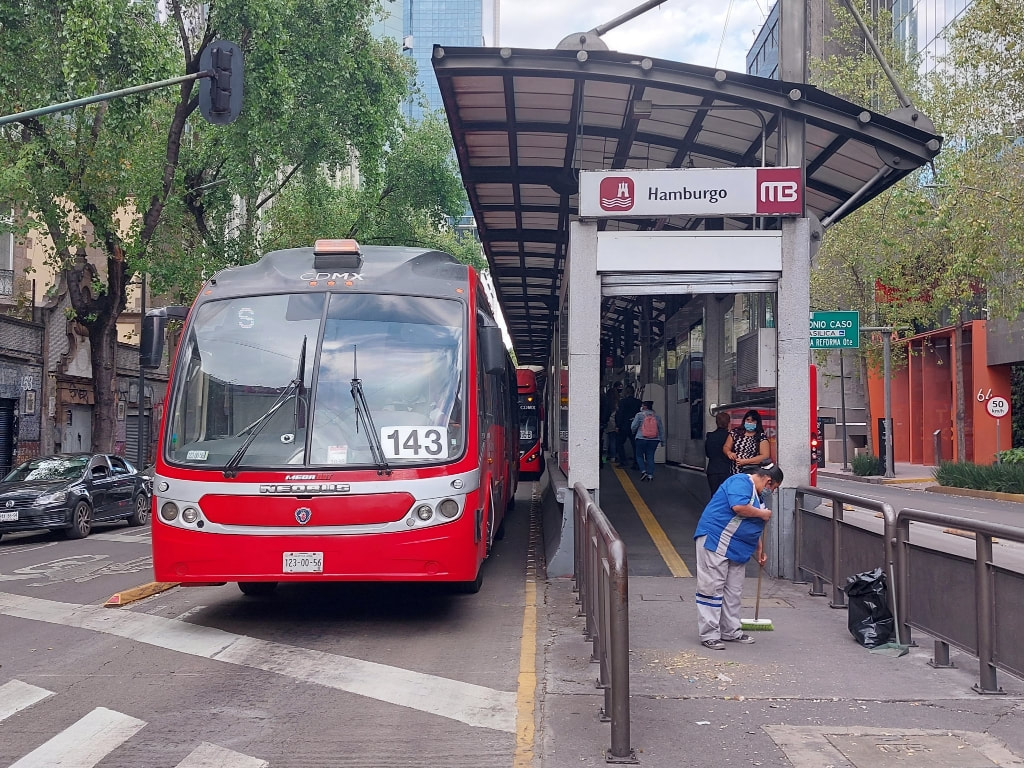 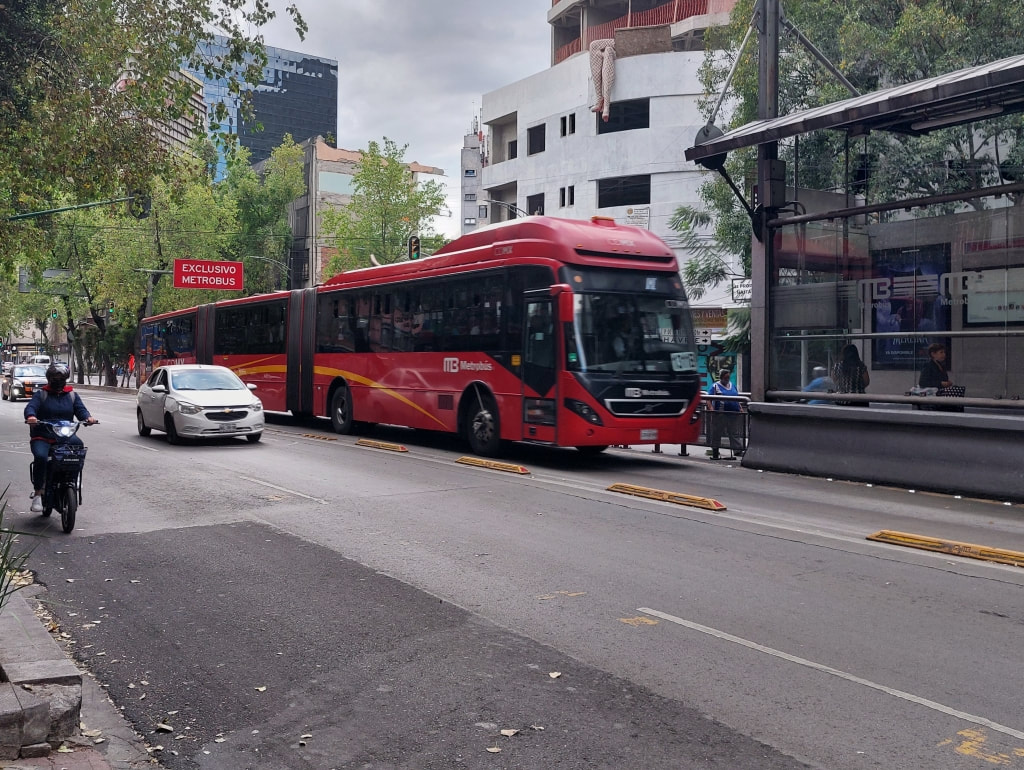