Finally, Nomadic Backpacker escapes from Africa on a KLM evac

​​Connect on Twitter
The 2nd attempt to get out resulted in success! Nomadic Backpacker escapes from Africa. 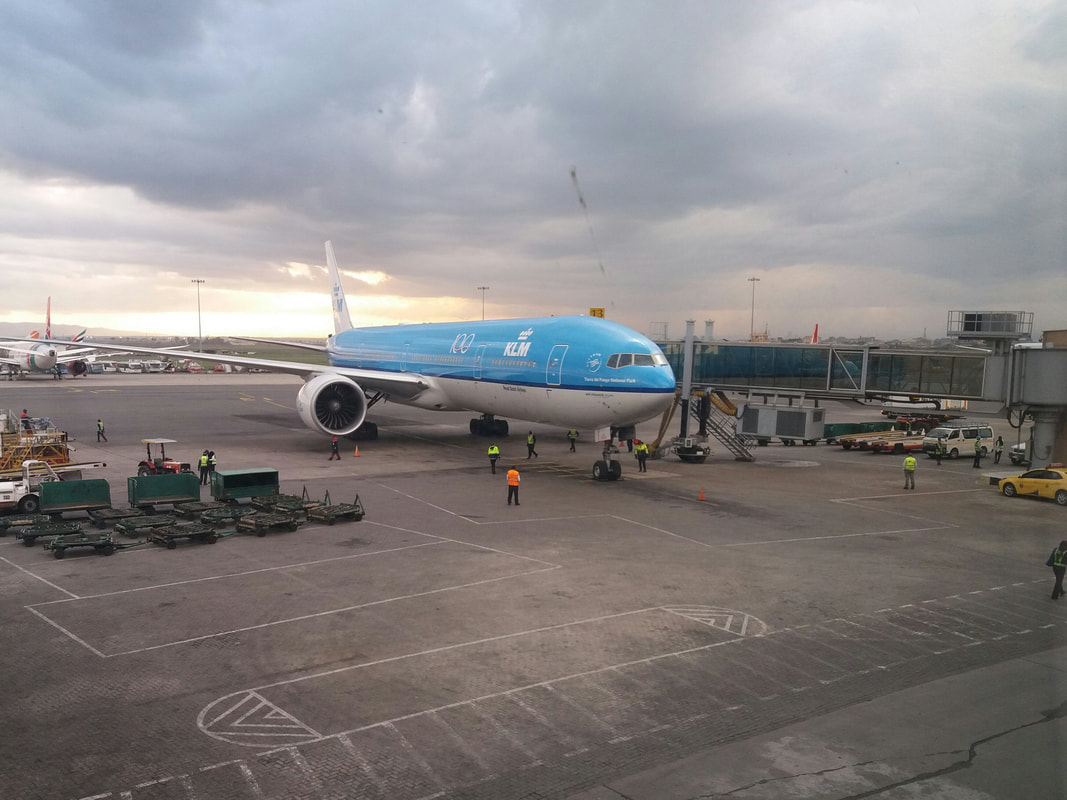 Having been informed, early on June 21, regarding the Dutch government organised evac flight, that: "the flight is fully booked already", late on June 22 I get an email from my first contact at KLM, Sarah, to submit my details again. My head started spinning.
​
I replied quickly, "I thought the flight was fully booked?" No reply.

Sarah emailed me the flight confirmation with instructions to call KLM in Nairobi from 10:00 the next day.

I borrowed a phone to make the call, they emailed me the ticket, I got it printed out. 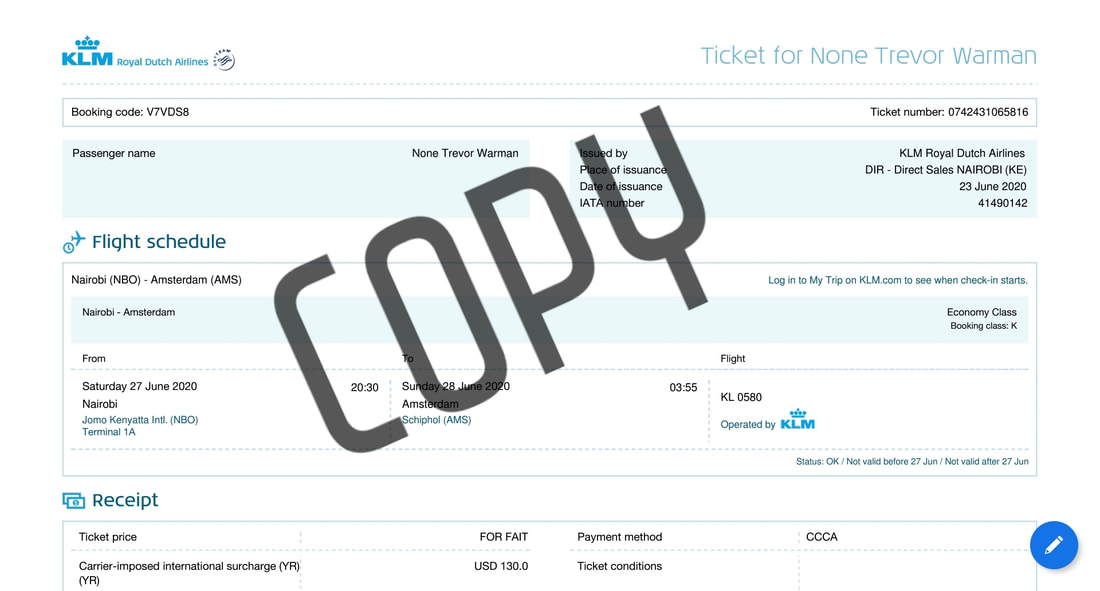 I went to the police station and was told I needed to book the taxi and that I needed a 'nice' letter. Eventually, they stamped my 'permit'.

​In case you need a 'nice' letter, here is what you need: 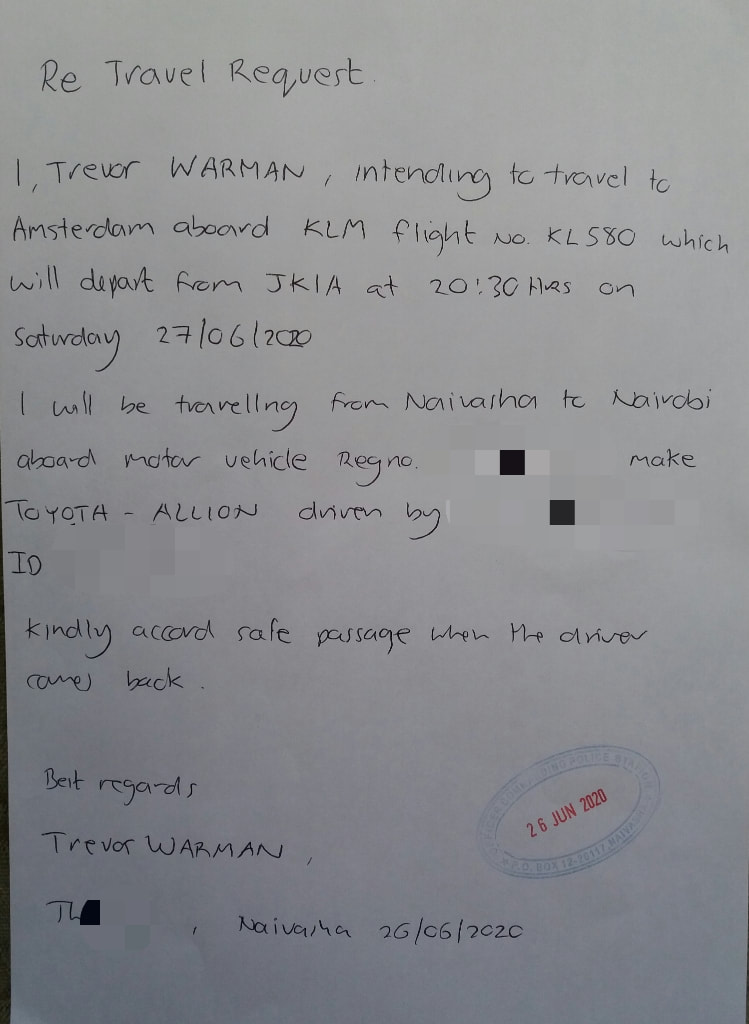 Was this the right move?

Undoubtedly so, although I did question my decision. I've always maintained that short term, I was better off in Kenya. Low cases, and the freedom I am afforded here. Long term is a different matter.

In Kenya, people are more afraid of the police than Corona. I am afraid of being zapped and being carted off to the local hospital. I have not been in a hospital in Africa but I would think that it is best avoided. Would a hospital in Beograd be any better? No idea.

Getting out of Africa was definitely the right choice.  I didn't want to get 'stuck' there. That was a possible and very frightening prospect. I think that President Kenyatta will lift the lockdown. Life for Kenyans will return to normal but am not confident he will reopen the airport or land borders on July 5.

And here you see a cause for concern. The EU, toying with the idea of blocking incoming from the USA. If the situation in Africa exploded, they could also do the same. 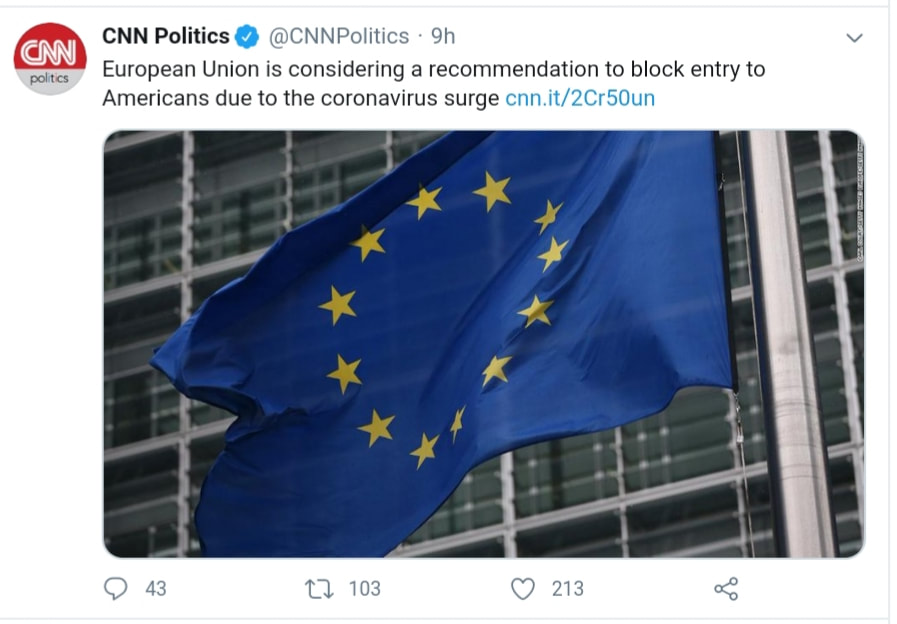 The journey to Nairobi went without a hitch. We filled up on the outskirts of town. I gave my driver 2,000KSH of the fare, and he had the guy pump him 1,800KSHs worth and asked for 2 100KSH notes in return, for unforeseen 'circumstances'.

At the first checkpoint, 10km out of town, my driver knew the police lady, so she waved us through. The second checkpoint going into Nairobi Metropolitan, my driver just showed them my 'nice' letter.
1 hour 50 for the journey. Then a 6-hour wait. Check-in went without a hitch. Immigration too. No need to explain that my 1-month visa had been extended until June 29.

The departure lounge was full. All Social Distancing went out of the window. WTF. After hiding and being paranoid for 3 months and now being 'exposed' to 419 other Mzungus who think that Corona will only affect the others.

The flight was full. KLM, what were you thinking? Charging double the fare but running full capacity? Shame on you (The 1500$ Qatar flight had also been full the week before).

A member of the cabin crew, told me rather rudely, 'well you chose to fly on KLM!' But I didn't know I had signed up for a business as usual flight.

Another much kinder guy told me that the new filtration system filters 99% of bacteria inc Corona, as used in hospitals.

Luckily I had an empty seat next to me. I avoided touching anything. Used my elbows to open and close the toilet door and washed the 'flush button' and the tap before touching. 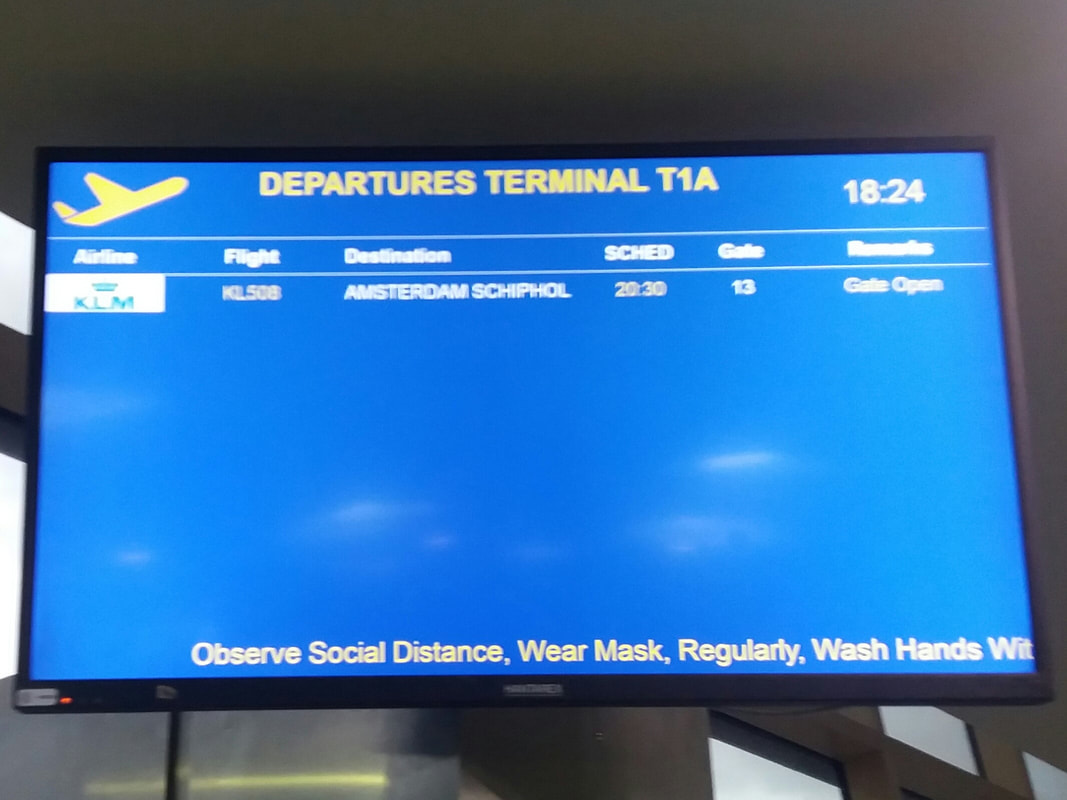 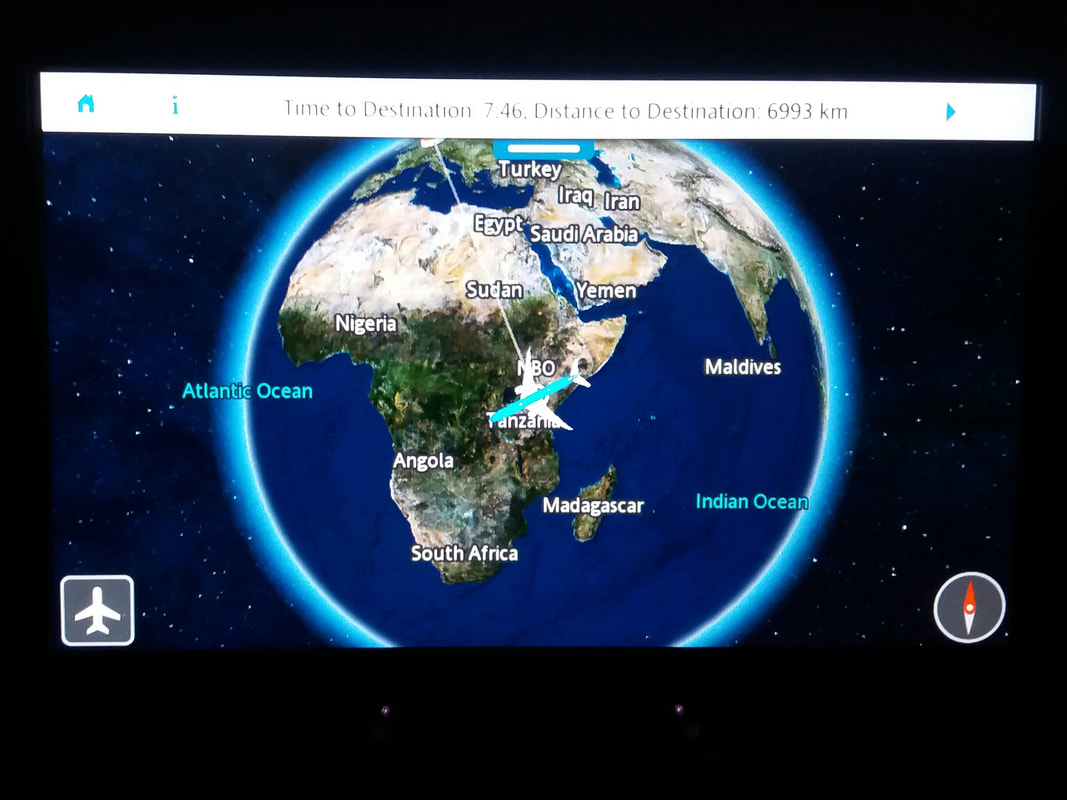 Eventually, we landed in Amsterdam. I went through immigration and was now 'back in Europe'. It was cold and grey, just as I remembered it. I took a McD coffee. Have they borrowed the coffee beans from that store in Helsinki where what I was served was undrinkable? I always lived by the fact that an McD coffee will always be the same wherever you are. Helsinki was a balls-up. Schipol? Hmm. If you can't make a decent coffee-like you used to, then adios.

And finally my Transavia flight, out of Amsterdam.

When I had resubmitted my details to Sarah, miss KLM,  I entered 'end destination' as Beograd, Serbia. I had seen that Transavia flew, AMS to BEG. A quick check on Expedia showed a flight on the morning of June 28, the day I would arrive in Amsterdam. It had also flown on schedule on June 21. And of course, Serbia is open for business.

The boarding was a shambles and also pretty full but I had two empty seats next to me. 1hr 55 minutes after taking off we touched down. Breezed through immigration, collected my bag and walked out to a whole load of new adventures. 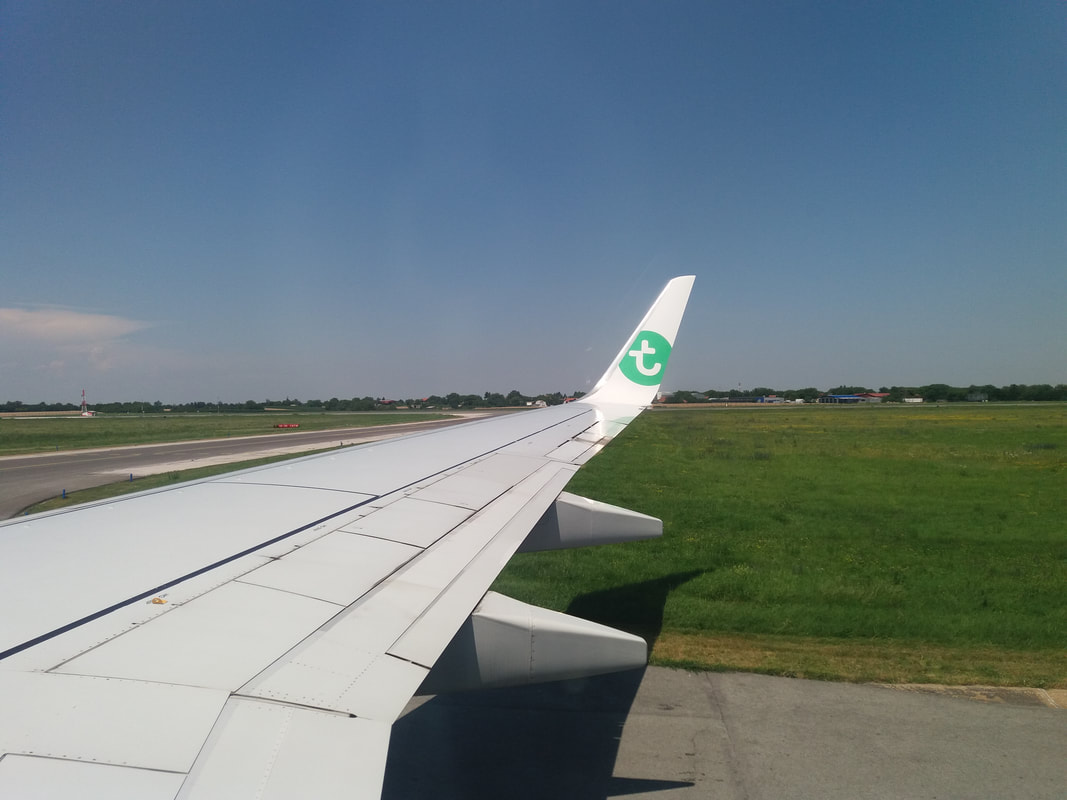