The Capitoline Temples dedicated to Jupiter, Juno and Minerva: 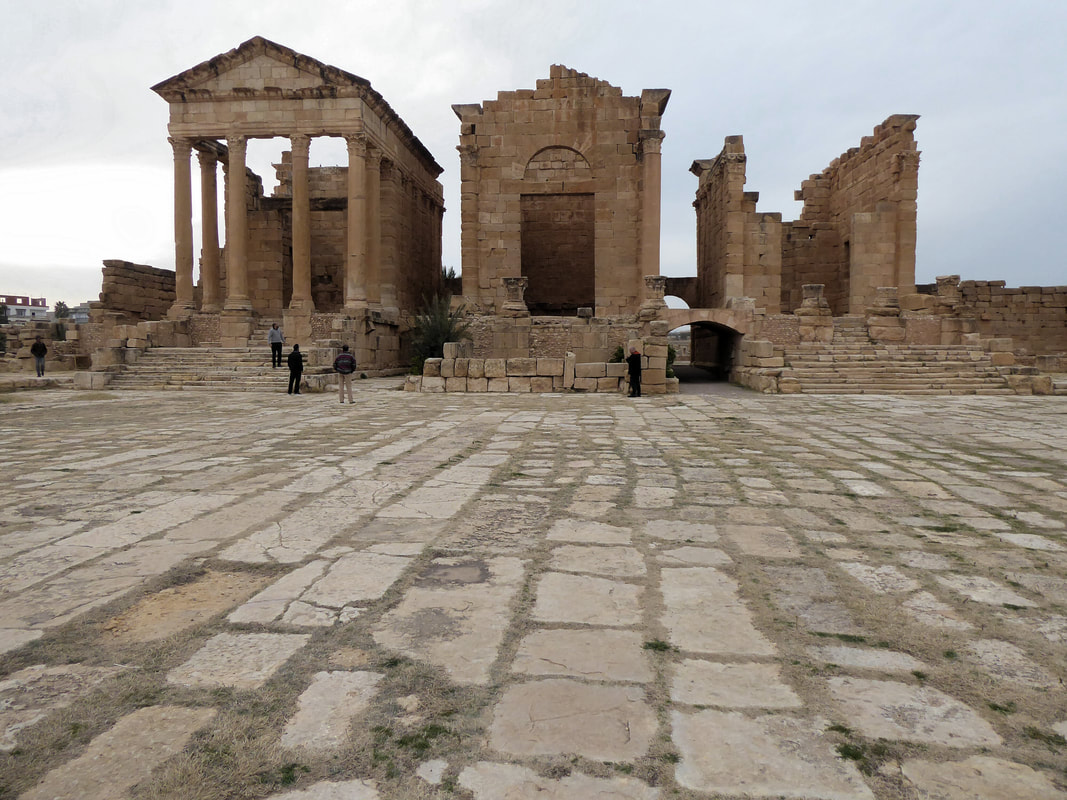 The Arch of Antoninus Pius: 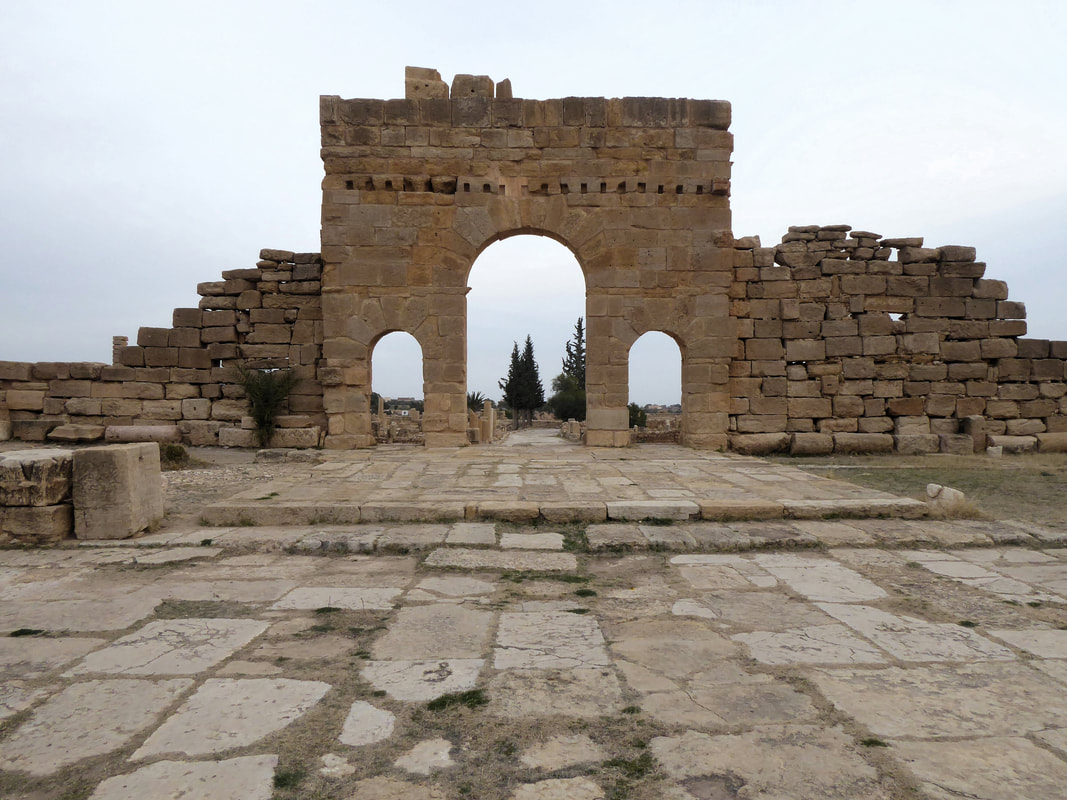 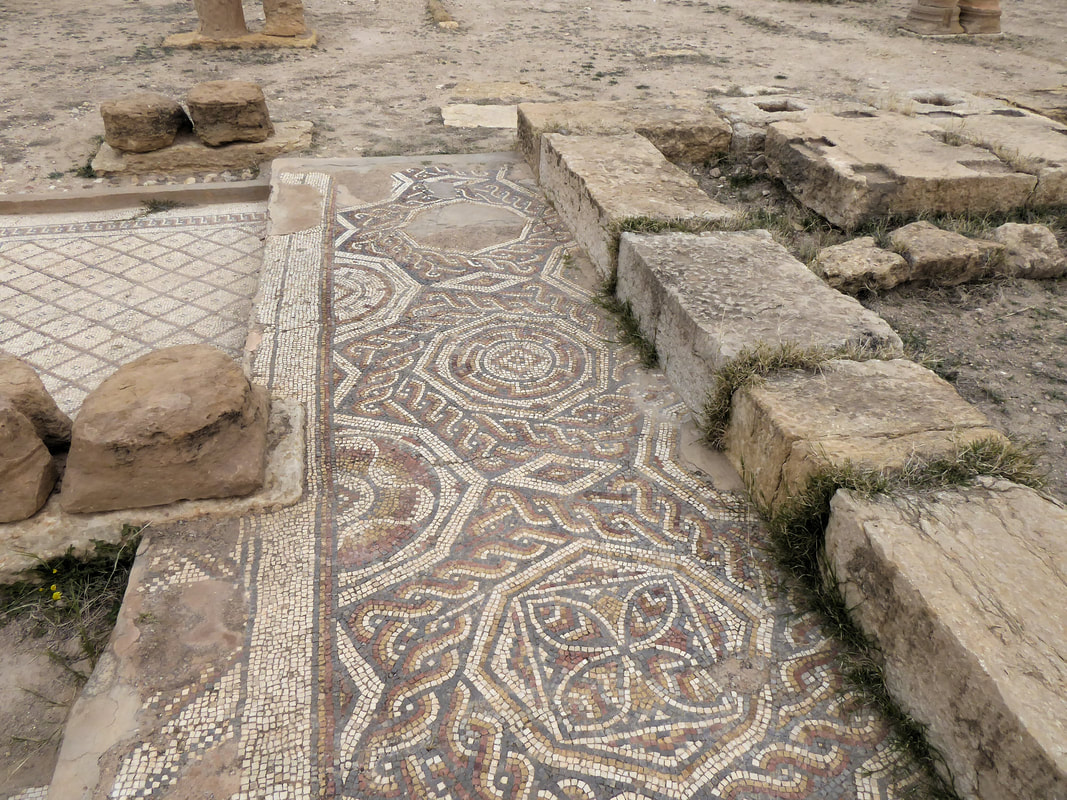 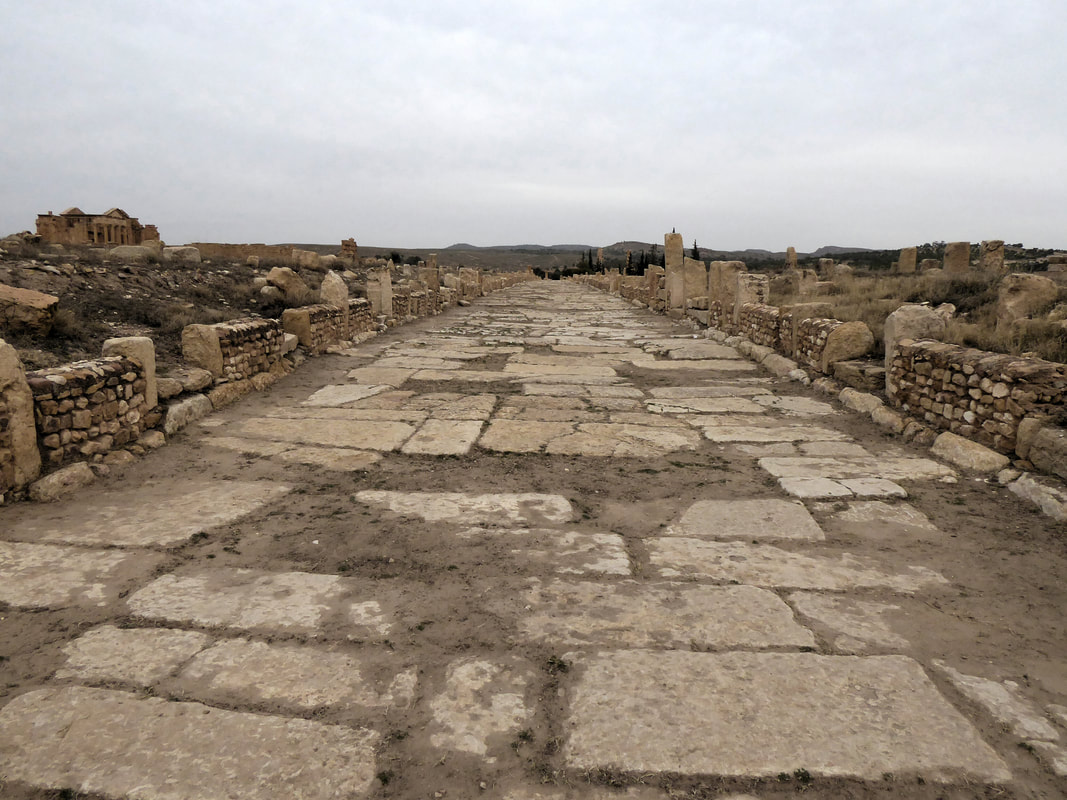 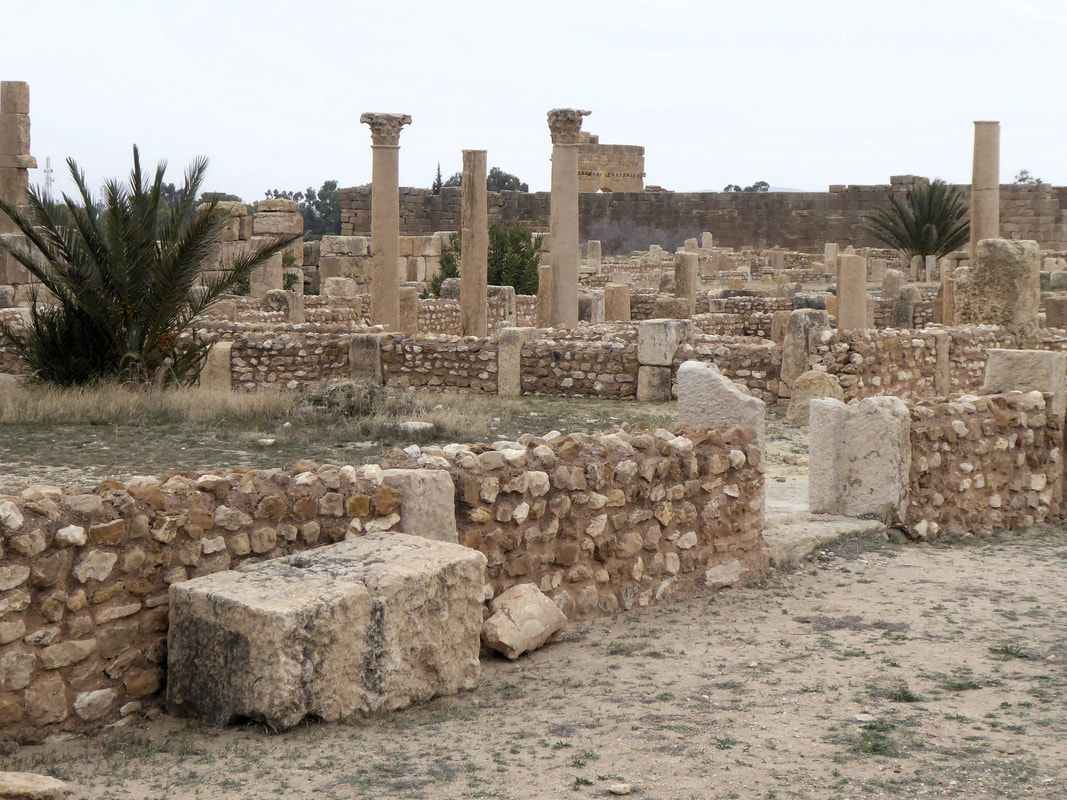 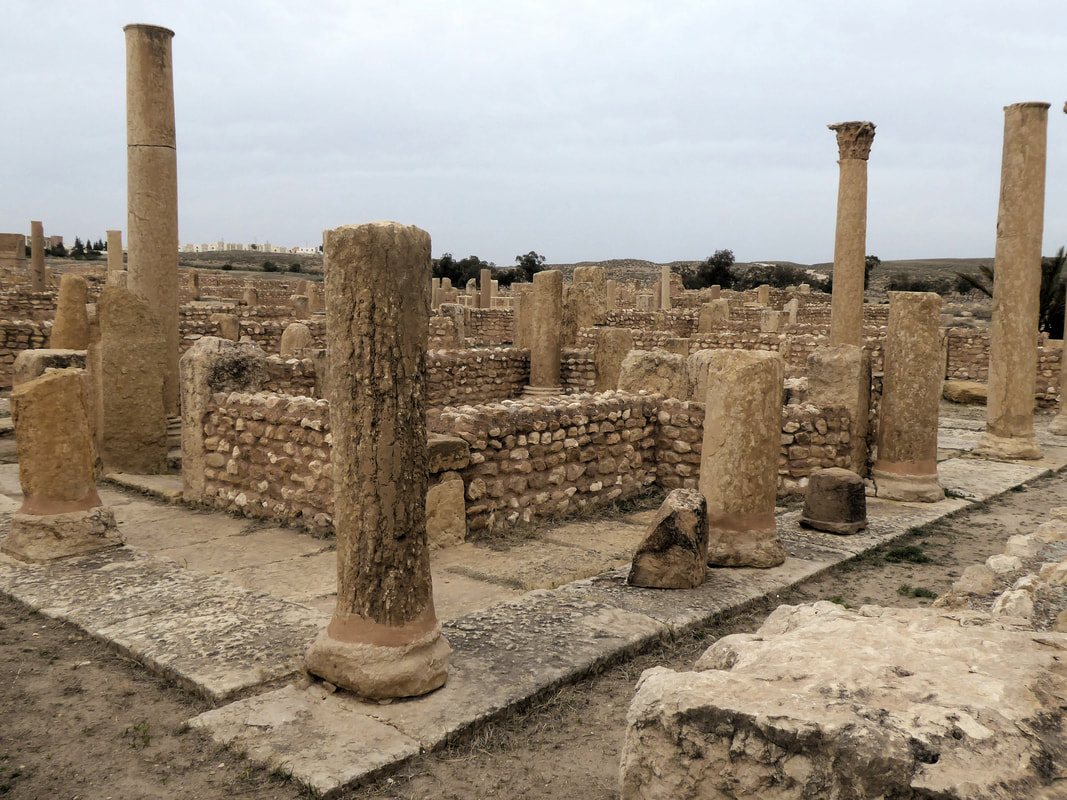 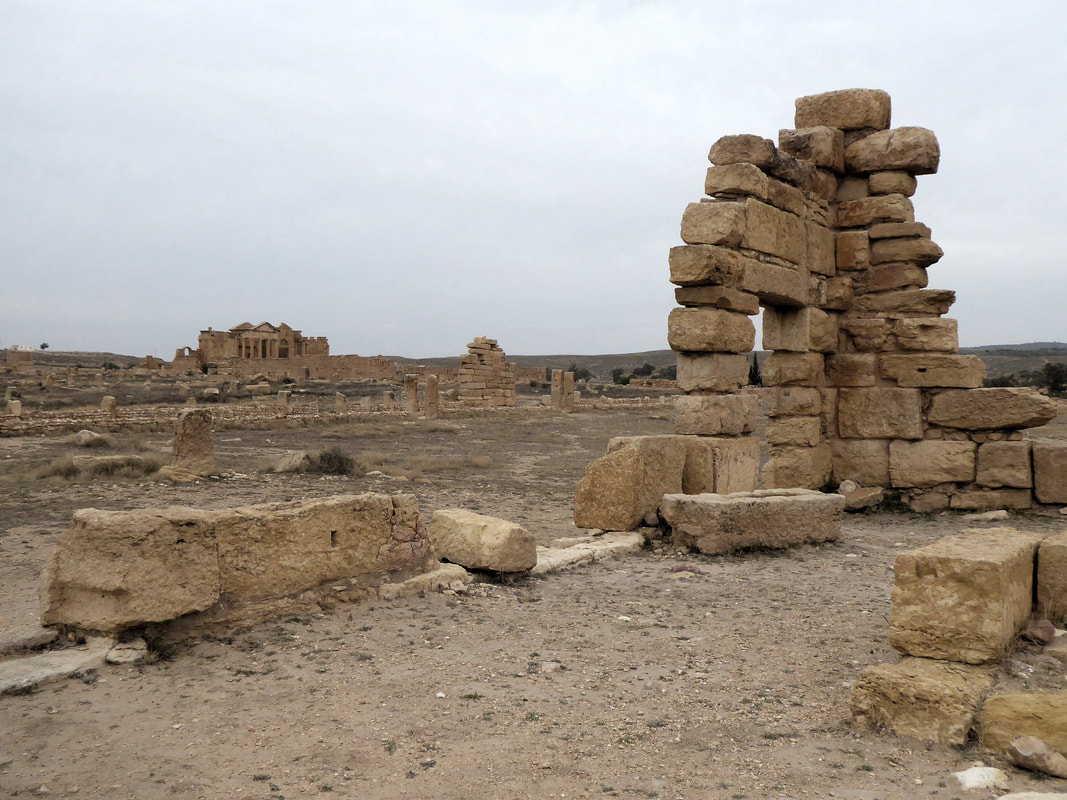 Telephoto shot just as I was leaving with ever improving light. 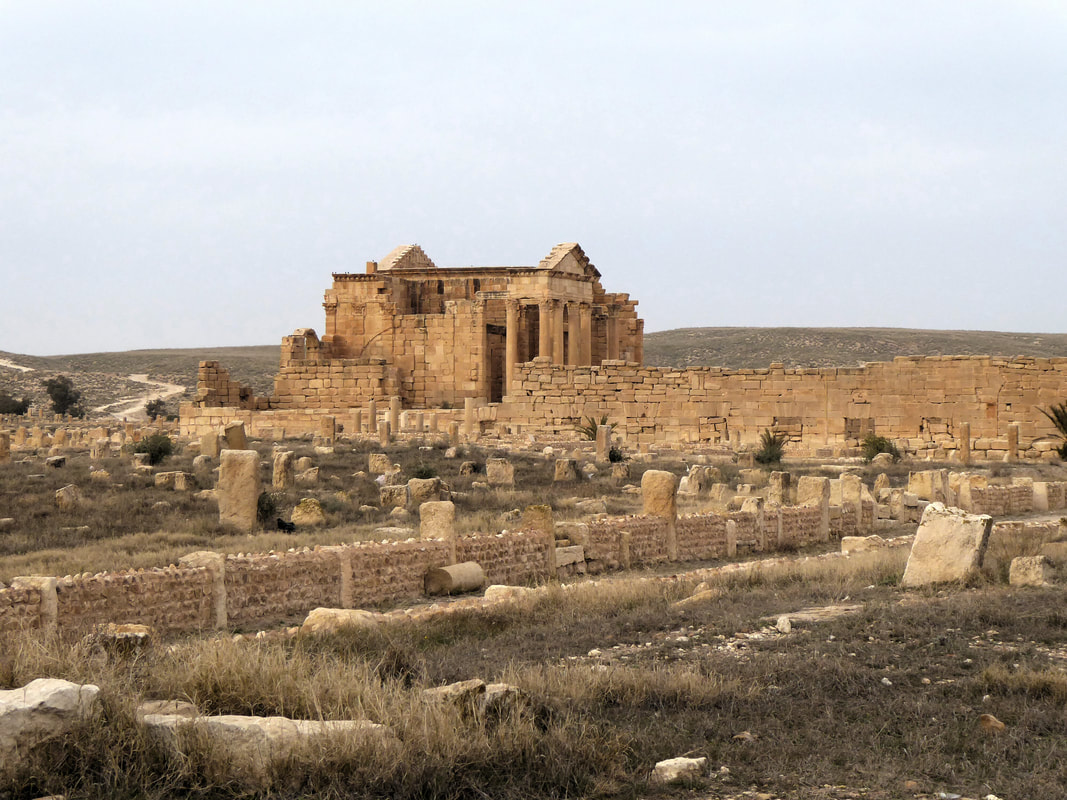 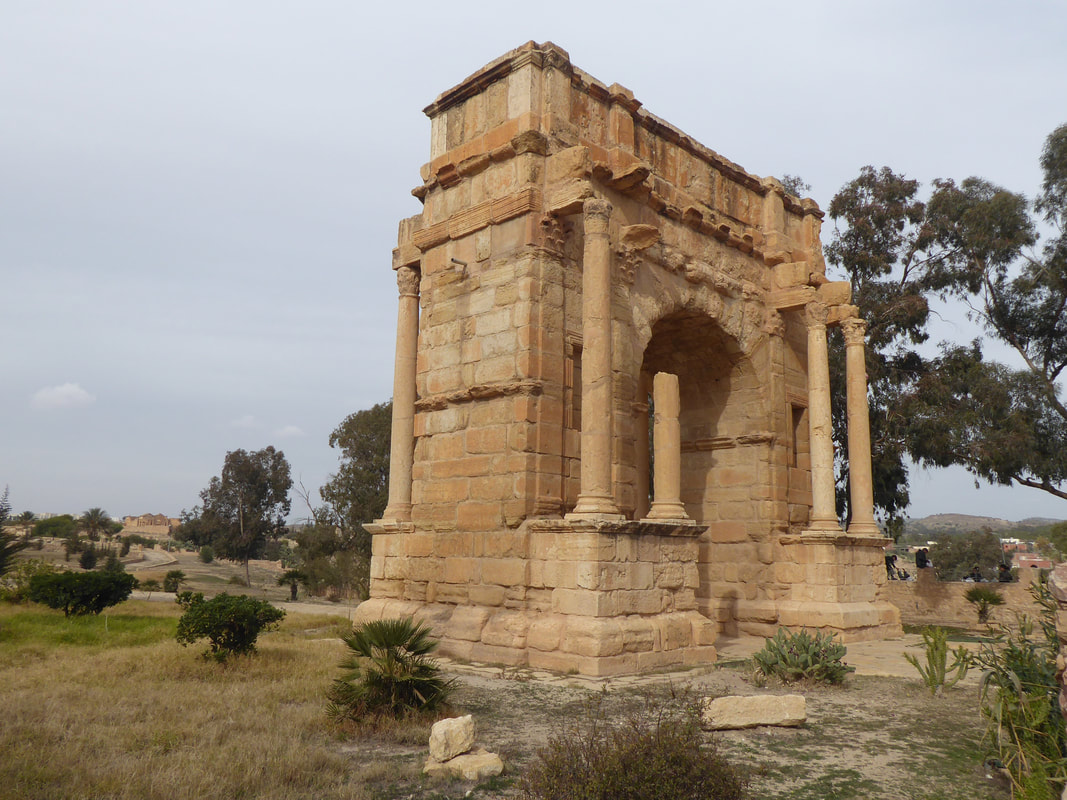 Getting there and away using public transport:
​
I travelled to Sbeitla from Tozeur via Gafsa and Kasserine using 3 different louages:

Where to stay in Sbeitla:

Choices are very limited if not minimal. I stayed at the "Auberge de Jeunesse Motel".

A single room is as low as 16 Dinar though I was put in a double which is 32 for 2. Breakfast is 6 extra. I passed as 2 coffees and bread and a pot of yoghurt can cost as little as 2.500 from the supermarket. Hot water showers, fast WIFI, internal courtyard. There are no Air Conditioning units like all other hotels I've stayed in so it would be very hot in summer. And in general they could use them to heat in winter but for some reason, they don't. There are only 14 rooms.
The Hotel Al Madhi has rooms at 46 Dinar for 1 person, 72 Dinar for 2 and 88 Dinar for 3. 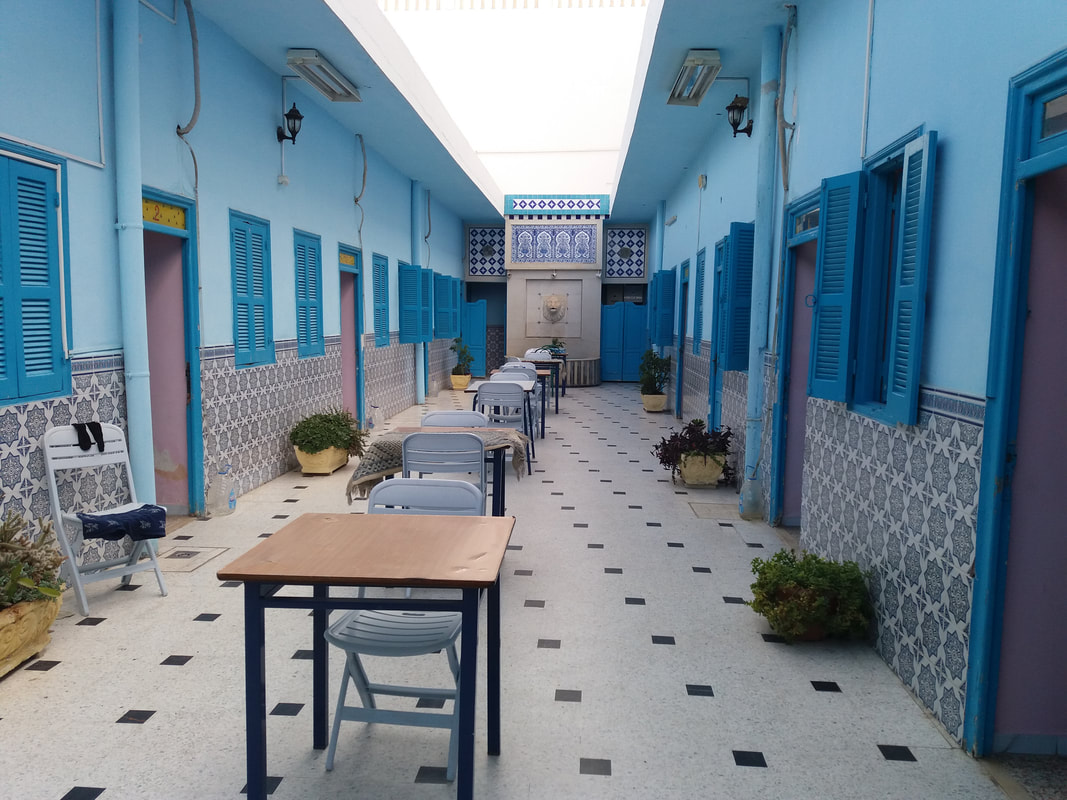 The Requin Bleu cafe serves the biggest coffees I've seen here. I asked for  "un café comme ça" pointing to a glass on the table. When the server told the coffee maker, I heard the word ''filter'. I find it much more drinkable than the normal shot sized coffee and was somehow cheaper than the coffees so far in Tunisia. 2 200ml coffees just 1 Dinar.

Entrance fee, 2020, is 8 Dinar. A couple of guides will want to offer your their services and guys are selling the 'genuine' Roman coins, lol.
​​
All images were taken on my TZ 70 and all bar one have been auto-adjusted for light on the gallery app on my smartphone. I haven't gotten used to the camera just yet but I'm getting there.
Tweet