October 18, 2021 | Tagged: Top 3 Favourite Countries
Introducing Canadian traveller, author and photographer Graydon Hazenberg. Graydon has travelled in more than 130 countries, often on 2 wheels or on foot through the remoter regions of the world. Here he talks about his top 3 favourite countries. 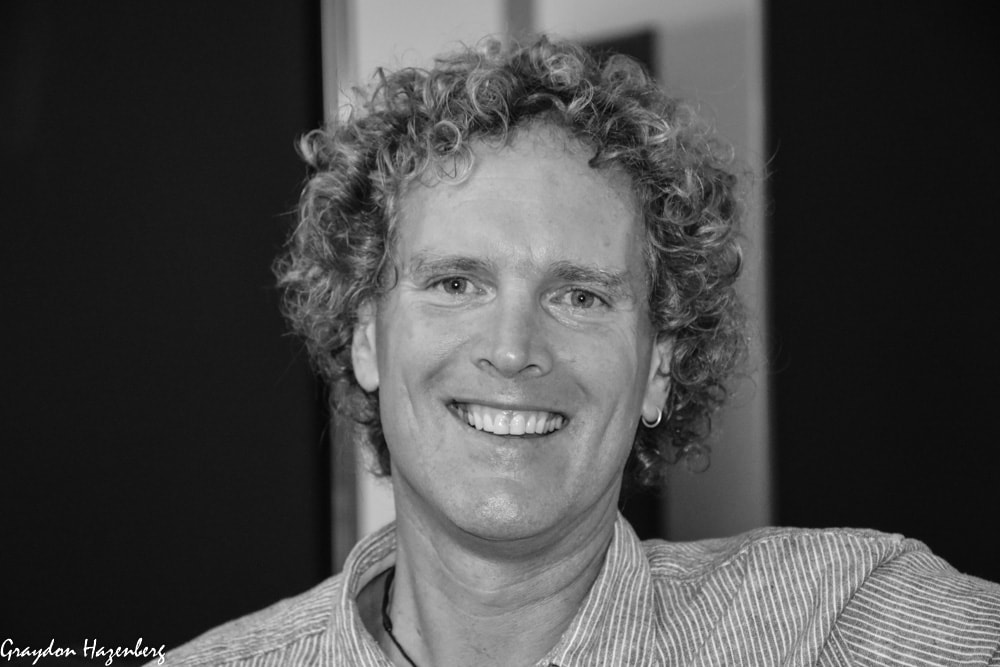 I have always been obsessed with the idea of exploring the world. As a kid growing up in Canada I loved reading National Geographic and was transfixed by the photos of remote places I had never heard of.

When I was 12 my parents redid the wallpaper in my bedroom and one wall was taken up with a huge National Geographic map of the world which I spent hours staring at longingly.

My parents took us children to live in Switzerland one summer. We then spent two years in Tanzania in the early 1980s and I decided that I wanted to explore more of the world when I grew up.

I started travelling on my own in Europe in 1988 during a year off from college, and then after grad school in 1994, I took off to see the world and haven’t really stopped since.

I’ve visited 133 countries so far (including semi-countries like Transdniestria, Somaliland and Abkhazia), often on bicycle or on foot, and there is so much more to see before I hang up my backpack, boots and panniers.

Between travels, I have worked as an English teacher, a tour guide, a bicycle courier, a tree planter, a dive instructor and (most recently and for the longest time) as a math and science teacher at international schools around the world.

​Here are three of the countries that have gotten under my skin more than others, where I have had experiences, met people and seen landscapes and cultures that have changed the way that I look at the world, and which I keep returning to.

I first visited Kyrgyzstan in 2004, during a bicycle journey along the length of the ancient Silk Road. I spent a month cycling through jaw-dropping mountain landscapes, over passes that left my thighs burning.

I ended up staying with numerous local people who opened their doors to a dusty cyclist, and (since I learned basic Russian in university) I had fascinating conversations with them about how their society had evolved since the days of the USSR. I was amazed at the generosity of spirit and the hospitality that ordinary people showed, even if they didn’t possess much material wealth.

​I fell in love with the high mountain pastures (the jailoos) where Kyrgyz families would drive their sheep and cows during the summer to graze on the lush summer grasses at high altitudes. The views out over the mountains made me wish that I had time to leave my bicycle behind and take to my heels, but the tyranny of the calendar made me keep pedalling.
​ 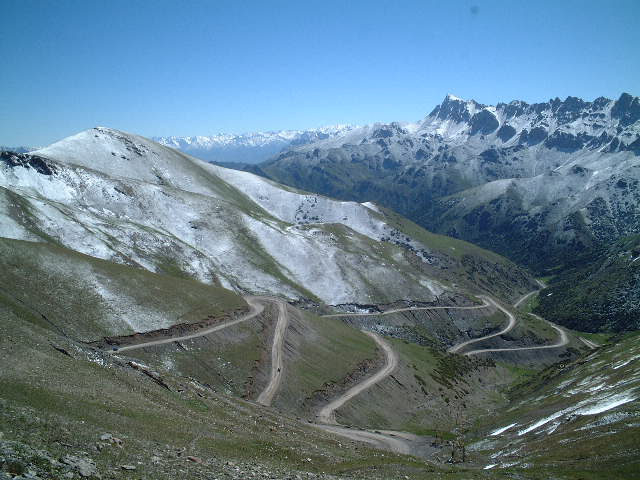 Eight years later I returned, this time aiming to climb one of the highest walk-up peaks in the world, Peak Lenin (7134 metres above sea level). I failed in my summit bid due to unseasonably cold, snowy weather, but I did manage a memorable week of hiking in the mountains around Karakul, revelling in the freedom to walk and camp anywhere in the grassy mountains of the Terskey Ala-Too range. 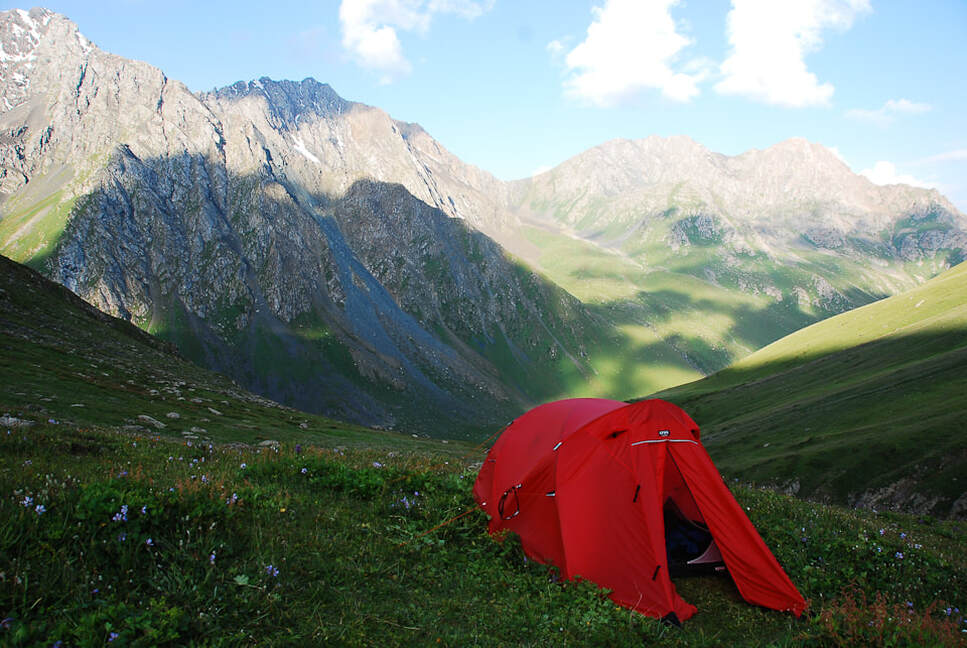 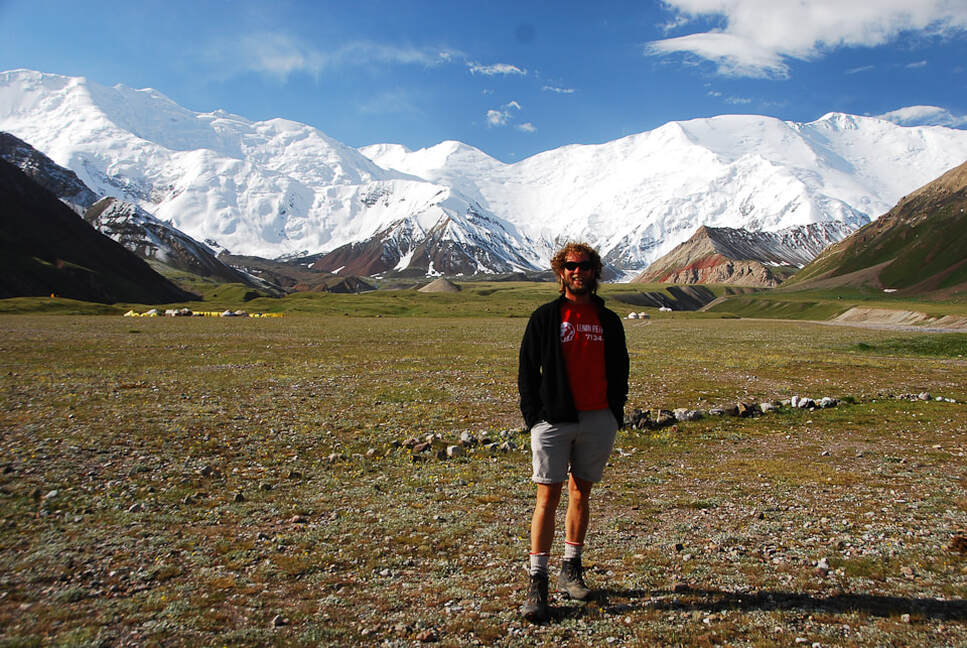 The third visit in 2019 saw my partner Maree and I spend six glorious weeks exploring on foot and horseback. We hiked south of Bishkek and then undertook three separate treks near Karakul.

The freedom of the hills, and the lack of other tourists in most places, made for an incredible experience, traipsing through forests and across meadows to glacial lakes below towering peaks and isolated campsites where we were the only humans for kilometres around.

We traipsed along the mighty Inylchek Glacier, craning our necks upwards towards peaks that were 5000, 6000 and even 7000 metres high while picking our way through a confusing mass of boulders atop one of the longest glaciers on earth. A madcap five-day horse trek through the mountains of Naryn oblast to the unearthly, ethereal beauty of Kel Suu lake capped off an unforgettable summer.

​As always we enjoyed the hospitality and genuine friendliness from people all over the country, and left Kyrgyzstan determined to come back once again someday to explore more of this “Switzerland of Central Asia”. 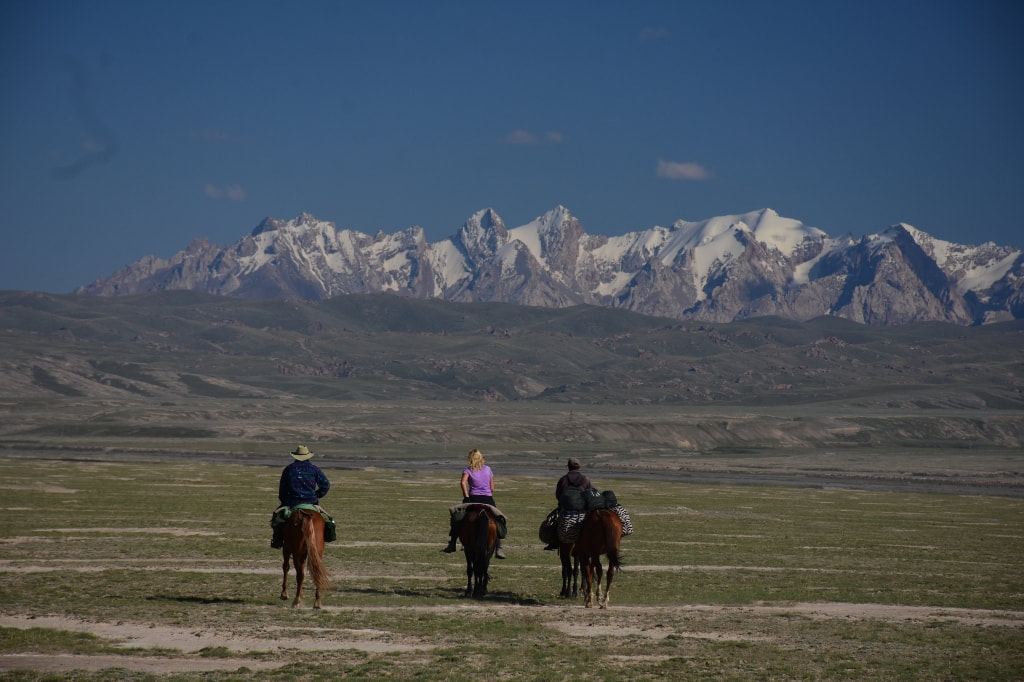 I first visited Georgia on a bicycle in 2009, and it was the highlight of that summer’s leg of my Silk Road cycling trip. I hammered over high mountain passes into remote valleys like Tusheti and Khevsureti that seemed timeless and cut off from the modern world, staying with families in isolated home stays where I feasted on local specialities and homemade wine.

I was blown away by the thick accretion of layers of history wherever I went, from prehistory to ancient Persian and Roman occupations, medieval independence, Turkish and Russian domination and finally (and improbably) independence in 1991. I goggled at fifth-century churches and eleventh-century castles perched precariously atop rocky pinnacles. The crumpled green baize of the Caucasus mountains was a balm to a soul desiccated by too long in the parched Iranian plateau. I was fascinated by the glimpses of society and culture that I gleaned in long, wine-fueled discussions with my Georgian hosts, and resolved to return again one day.


Two years later I was back with my bicycle, this time headed west to the mystical realm of Svaneti, the mountain-girded land of stone towers and medieval painted chapels. Once again I fell under the spell of the Caucasus and its proud, independent people.

​In 2015 I returned for a third time, this time lugging skis for a week of memorable skiing in Gudauri resort. I was more fascinated than ever by the country, so when a job offer arrived a few years later to teach in Tbilisi, I didn’t hesitate to say yes. 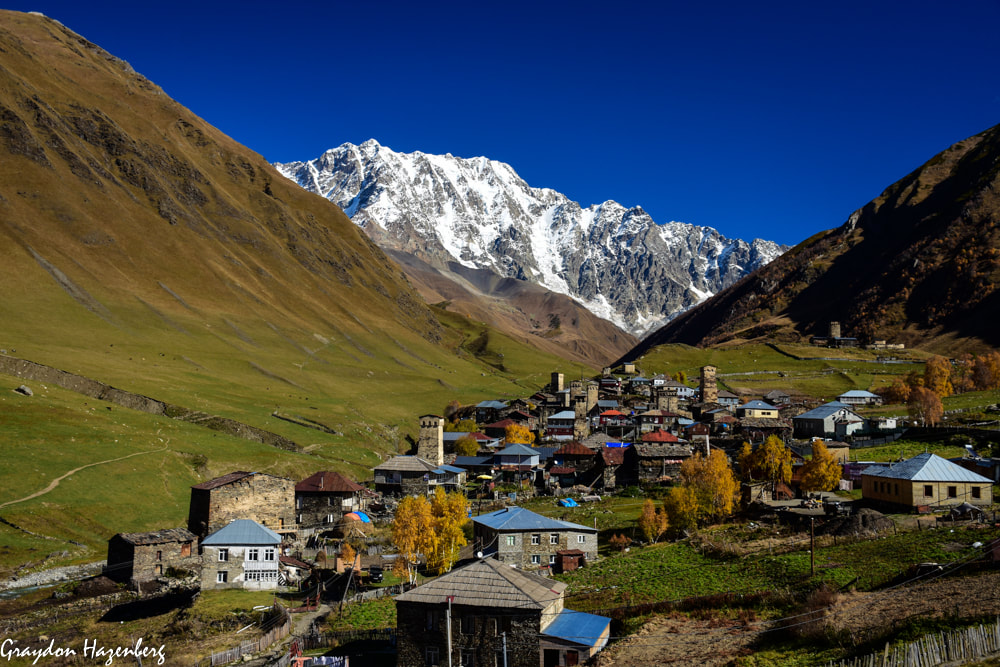 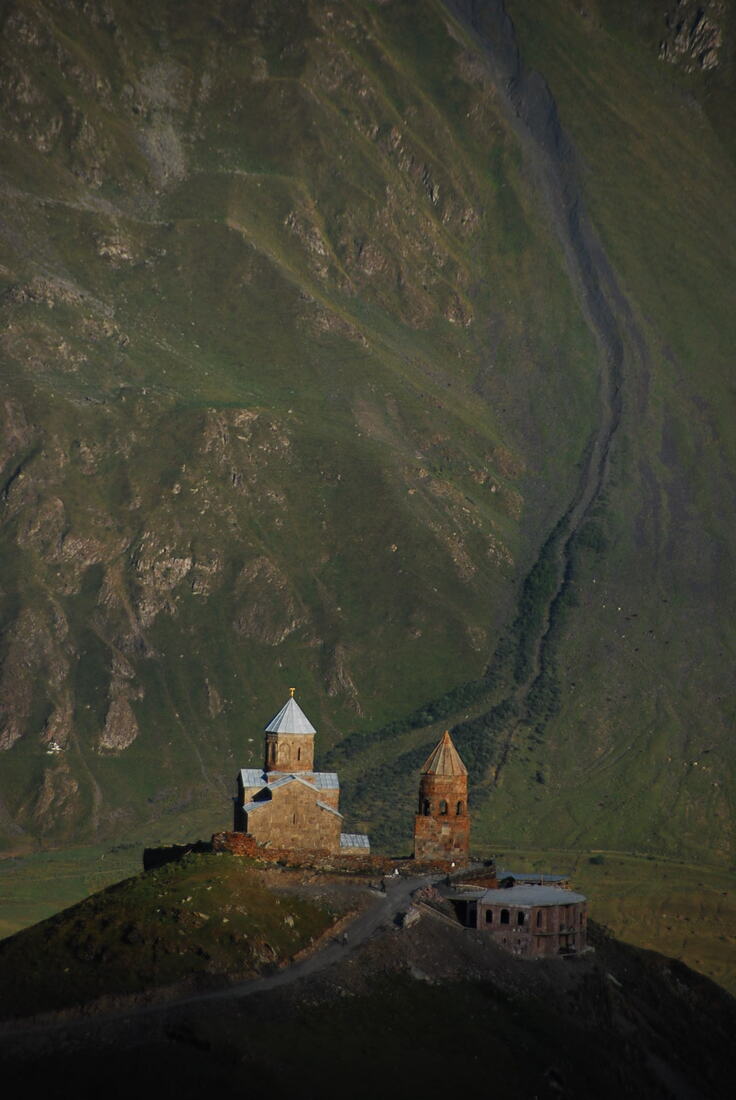 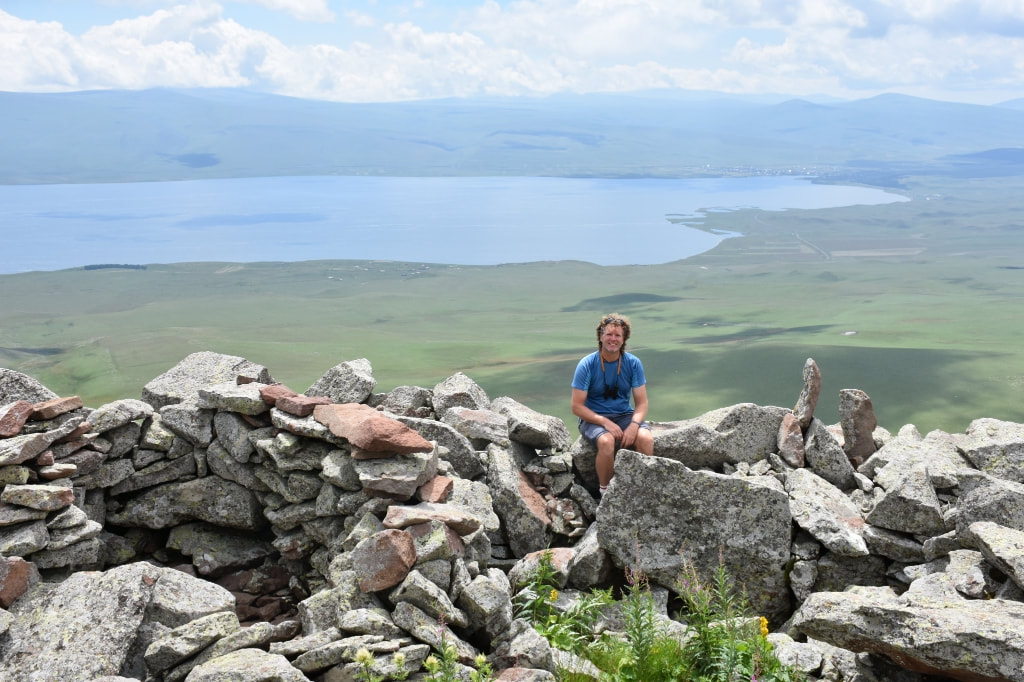 Maree and I lived in Tbilisi from 2018 to 2020. It’s always different living in country than passing through as a tourist, and although there were aspects of day-to-day life that were annoying, I really enjoyed being able to explore the remoter corners of the country on weekends and school holidays.

I had a 4x4 Delica van that was a perfect vehicle for exploring rough backwoods tracks or high mountain passes in all seasons. We ate like emperors; Georgian food is interesting and full of fresh ingredients and delicate flavours and is washed down admirably by Georgian wines and brandies.

​I think that the combination of history, culture, scenery, food, wine and low prices makes for a country that rewards repeated visits (or a stint of living there!). 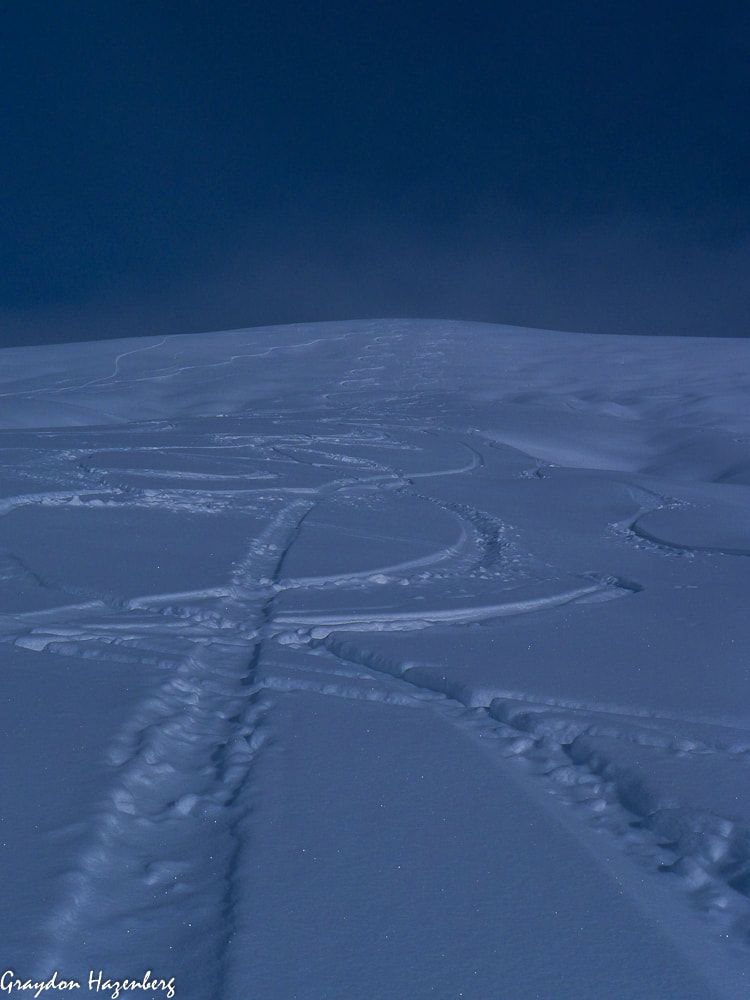 In 2016 Maree and I bought a 4x4 camper in South Africa and set off to explore all the surrounding countries over the course of a year. We spent a lot of time in the evenings talking to other travellers around the campfire about their favourite places, and the one country that was mentioned more than any other was Namibia.

​We had thought that Botswana, with its abundance of wildlife and national parks, would be our favourite, but when we got to Namibia (having saved it for last) we understood what the fuss was all about. 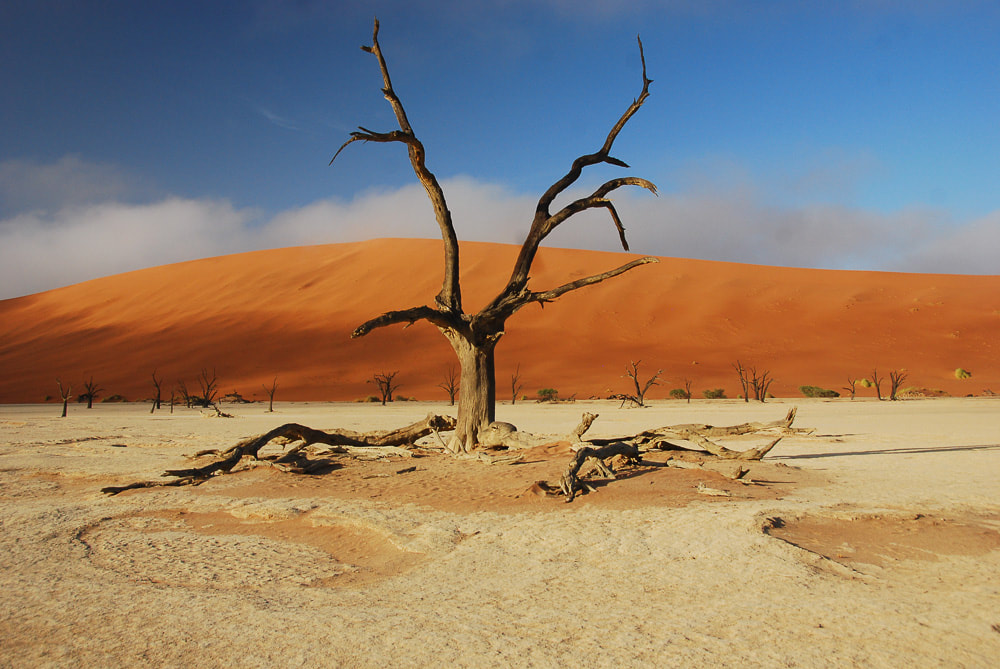 Namibia is one of the least densely populated countries in Africa, with much of its landscape being rugged desert or semi-desert, inhospitable to human habitation.

With a 4x4 though, we could carry enough water for days and could camp in the middle of nowhere under the most brilliant stars we had ever seen, listening to the yipping of jackals or brown hyenas and sitting around campfires of mopane wood that were still warm enough to reignite in the morning.

Up in the north, we visited the Himba herders and camped along bird-rich rivers in the Caprivi Strip. We fell in love with the emptiness of the desert and its hardy vegetation and fauna and vowed to return again to explore in more depth.

​The fact that it is one of the most successful countries in Africa in terms of prosperity, political freedom, good governance and wildlife conservation just adds to its appeal as a destination. 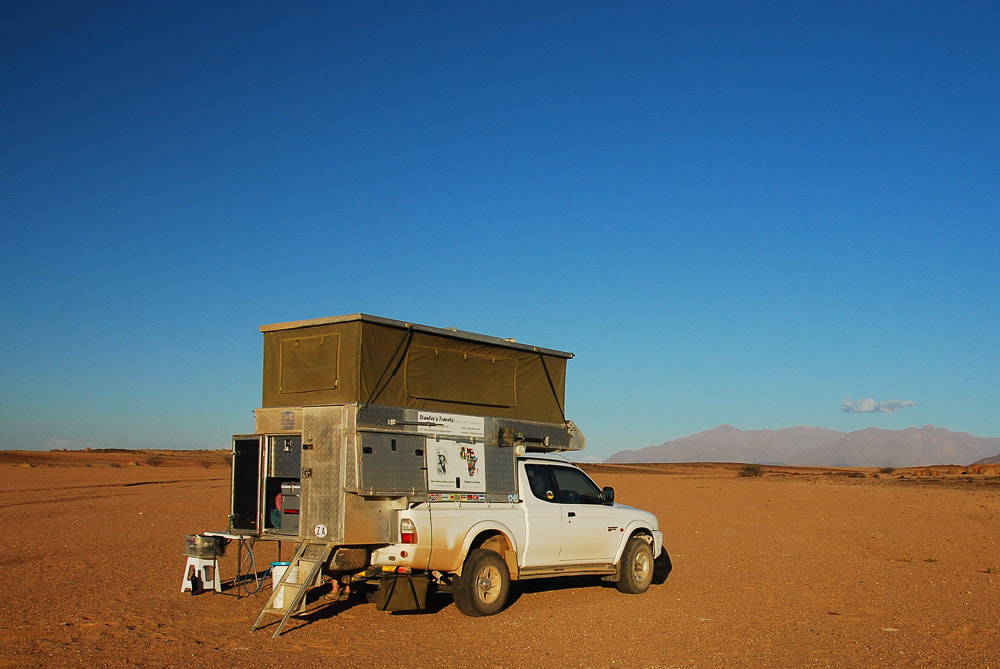 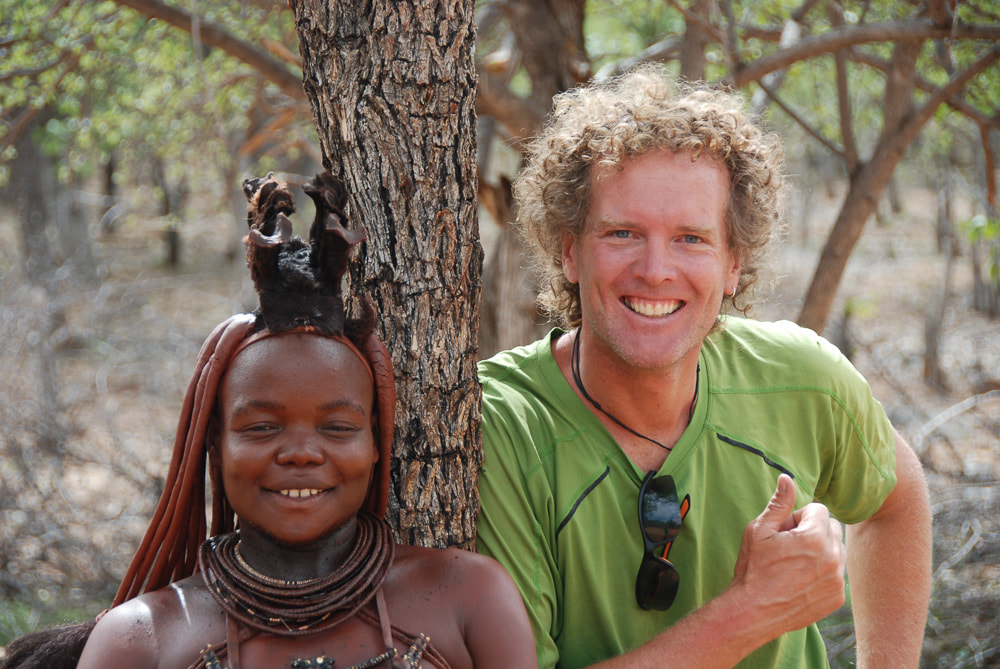 In 2018 we returned for seven perfect weeks, rolling up into the deserts of Damaraland and Kaokoland, camping beneath the stars with not another human within twenty kilometres.

We got as far as the Angolan border and peered across into the forbidden land across the Cunene River before returning south via the incredible wildlife concentrations of Etosha National Park. We were able to live out our hunter-gatherer fantasies, grilling dinner over mopane campfires and gazing up awestruck at the southern skies.

​When we crossed back into South Africa at the end of the trip, we were already making plans for our next sortie into Namibia, although covid-19 has delayed our travels indefinitely. 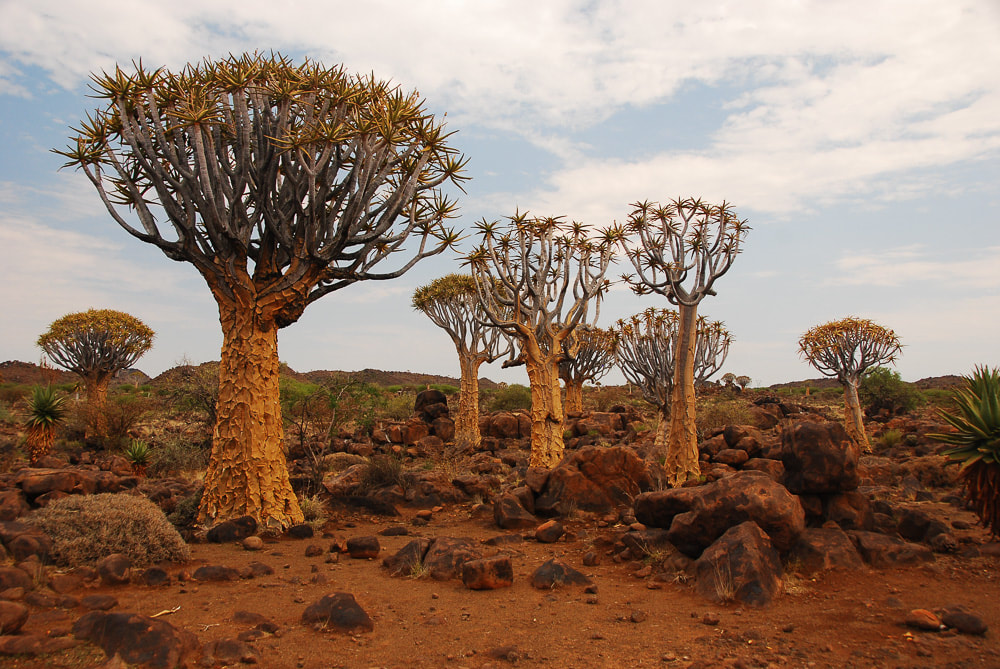 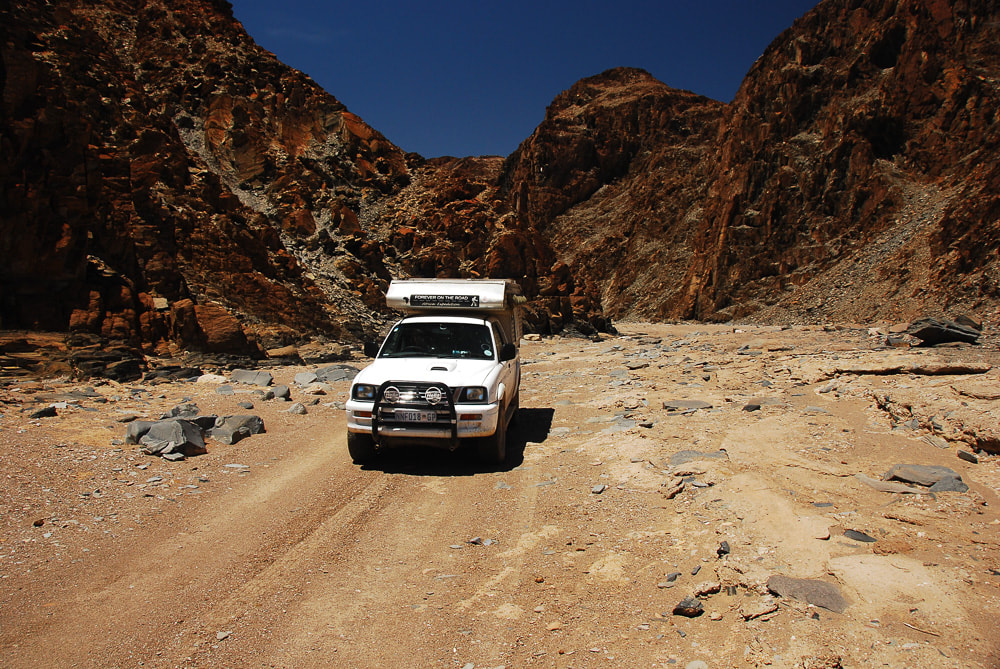 You can purchase Graydon's book, Pedalling to Kailash on Amazon.