Withdrawing money from an ATM in Guatemala

June 24 2021 ​| Tagged under: Guatemala
My experience of withdrawing money from ATMs in Guatemala 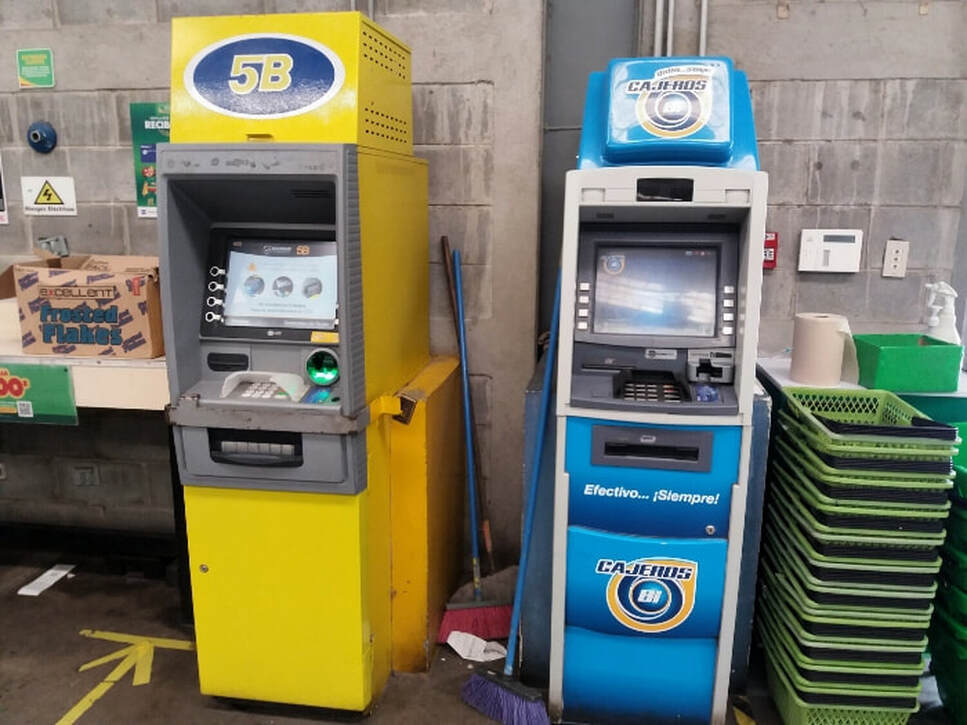 One of the many tasks faced by the traveller is finding an ATM which offers free withdrawals.

You can get free ATM withdrawals in El Salvador with Banco Hipotecario, in Nicaragua with the BAC bank and at the Atlantic Bank in Belize. Most banks in Costa Rica offer free withdrawals and the BanCoppel in Mexico offers the lowest ATM withdrawal fees at just 29 Pesos.

But there are no free withdrawals in Guatemala. In fact, withdrawing money in Guatemala is a pain in the ass. Period!

Before crossing the border from Mexico into Guatemala I had sourced some Quetzales from travellers in Oaxaca and San Cristobal.

It wasn't much. But enough for the first few days.

Once in Guatemala: Immediate observation: It seems that banks in Guatemala do not have ATMs inside, nor on the wall outside.

One of my rules is to only use an ATM inside a bank. So here in Guatemala, I am basically fucked.

Why? Because if the ATM eats your card, you will have an easier time getting it back if the ATM is in the bank.

Update: Bad news is that ATMs destroy your card when it swallows it. But it is still worth using an ATM inside the bank if you can.

They have these little kiosks all over the place, many of which are only open from 8 am until 5 pm. Well, I understand the last bit. Makes sense here, really.

It makes sense for me to take out as near as I can to my maximum each time as I am charged a fixed fee, no matter how little or how much I take out.

So I head off to a little kiosk with the BI ATM inside.

It rejects my request saying that the max is 2,000. I try again, this time for the fixed amount of 2,000 as FAST CASH. My request is once again rejected.

I go to the 5B bank. It informs me that the maximum amount I could withdraw was 2,000 GTQ and the fee will be 4 USD.

I hit the 2,000 button. The machine whirls. The sound of money being counted. Music to my ears.

200 USD here does not last so long. Guatemala is freaking expensive! Period. No idea where people get the idea that it's cheap here.

So needing some more cash, off I go to use an ATM.

Here in Panajachel (and everywhere else I presume), other than the ATM kiosks, there are ATMs in the supermarket and also in pharmacies. Life is a learning process.

Why don't they put them inside the fucking bank? Answers on a postcard, please.

OK, the ATMs in the supermarkets are probably the safest place to withdraw money from. Lots of people around. CCTV and security guards. Less chance that a card reader has been fitted to the ATM. Less chance of being knobbled.

I go to the LA TORRE supermarket. The upmarket one with lots of NICE things on the shelves at nice prices.

I use the 5B ATM. It gives me the choice of a few fixed amounts or select 'OTHER AMOUNT'. I hit the 'OTHER AMOUNT button. I type in 2000. It informs me that the charge is 4 US fucking Dollars but am happy, as it gives me my money.

On all 4 attempts, I was using a MASTERCARD DEBIT CARD. All of the ATMs had both Visa and Mastercard symbols.

Does the BI bank even accept foreign-issued cards?


Travel Advice for Guatemala:
​
Use the 5B ATM
Assume the maximum amount is 2,000 GTQ