Connect on Twitter
Well, a chicken bus is what I had thought I'd be travelling on. Contrary to what I thought I had understood, 3 days ago about there being a direct bus all the way to San Pedro was in fact much different. 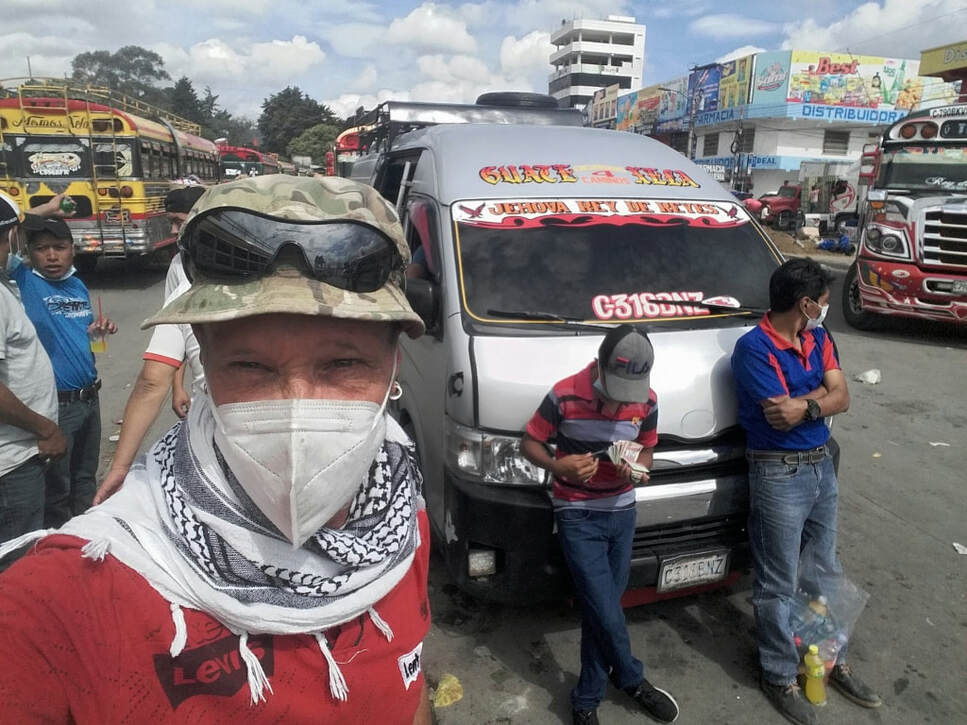 Ad
​If Guatemala gave us 6 months I would have stayed longer in Xela but they don't so after 14 days I decide to move on.

Buses seem to run pretty frequently here. Guatemala is small compared to Mexico. No need to make a reservation. Chicken buses here are the popular way to go and I love them.

On the way back from San Andres Xecul last week I rode the bus to the Minvera Terminal. I wanted to check out the buses.

If you prefer to take a shuttle from Xela to San Pedro La Laguna you can find options listed on GuateGo..

I found the spot. Asked about Panajachel, the biggest town on Lake Atitlán where I thought I needed to head to first and then take a boat at San Pedro but was delighted to learn that buses went directly to San Pedro. Result!

I had thought I had been quoted 48Q for the ride but, well, I found out today that I must change at a place known as Kilometer 48 which is also confusing as the mile markers clearly state 150km. The distance to Guatemala City I presume.

Confused? So, Km 148 is now actually Km 150, after road upgrades but this doesn't explain why I was quoted 3 days ago, 48, by the bus guys today, one who spoke English and the money guy today. Well, it's easy to work out, it's the road that runs from the Pan Am Highway, to the lake.

Alas, today involved a chicken van to Km 48 (148 or even 150), 30 Q. 1hour. I am learning the way things work here. Touts work the bus stations. Saves me doing the leg work. Having been taken thru the melee to the right chicken bus or strangely today a chicken van, 5Q is passed to the tout, which is added on to my fare.

So here is the chicken van from the Minerva Terminal in Xela to San Pedro La Laguna, June 2021: 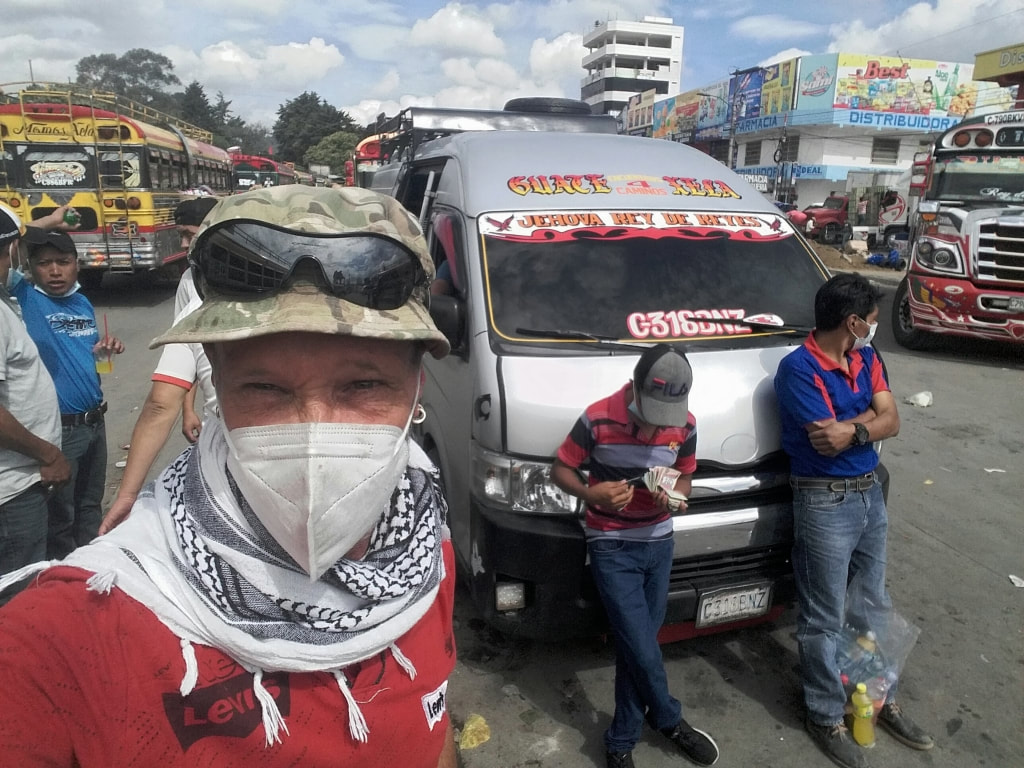 Another mini van to Santa Clara and then a pickup truck to San Pablo, which was fun, hanging on to avoid being thrown into the ladies: 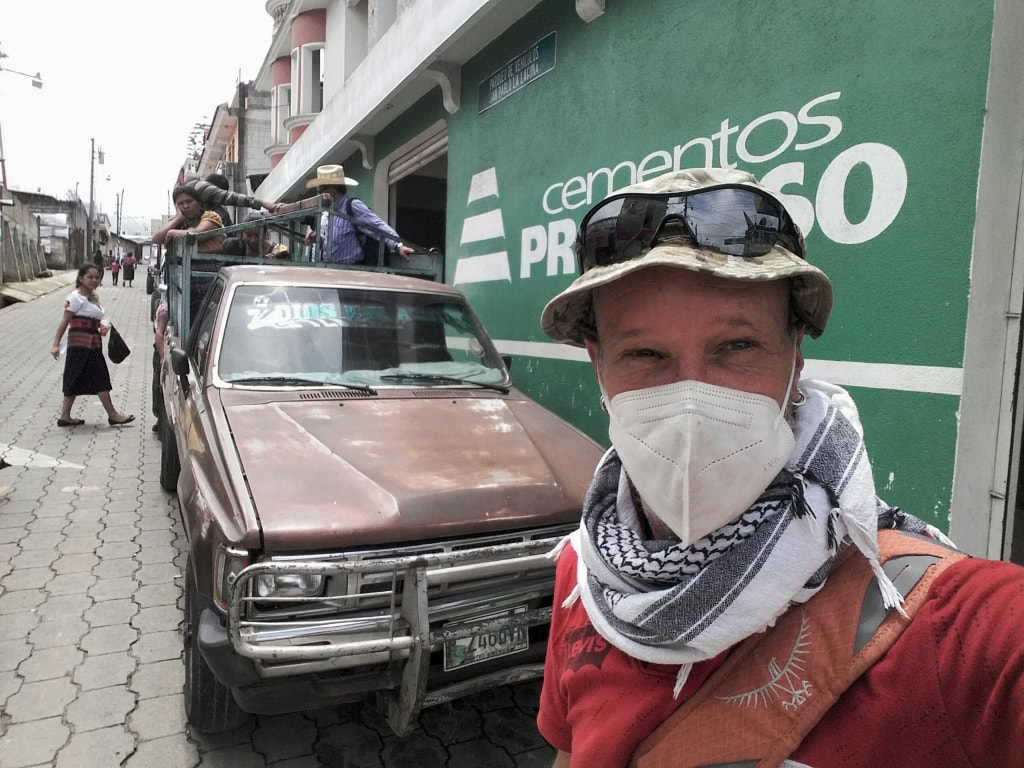 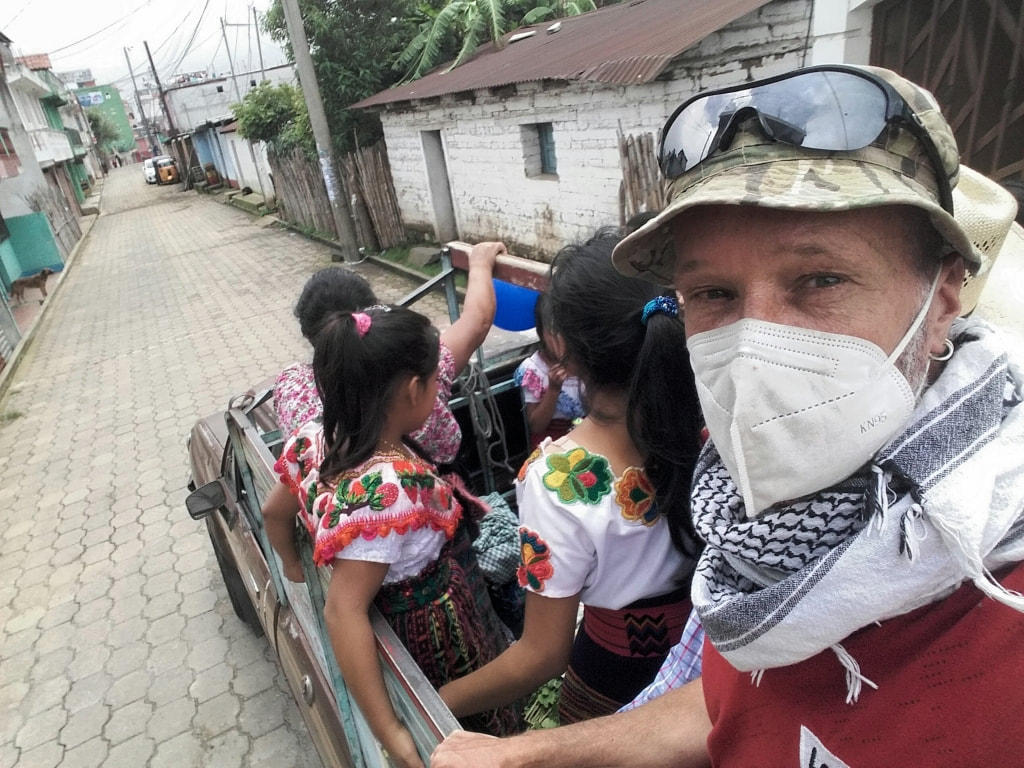 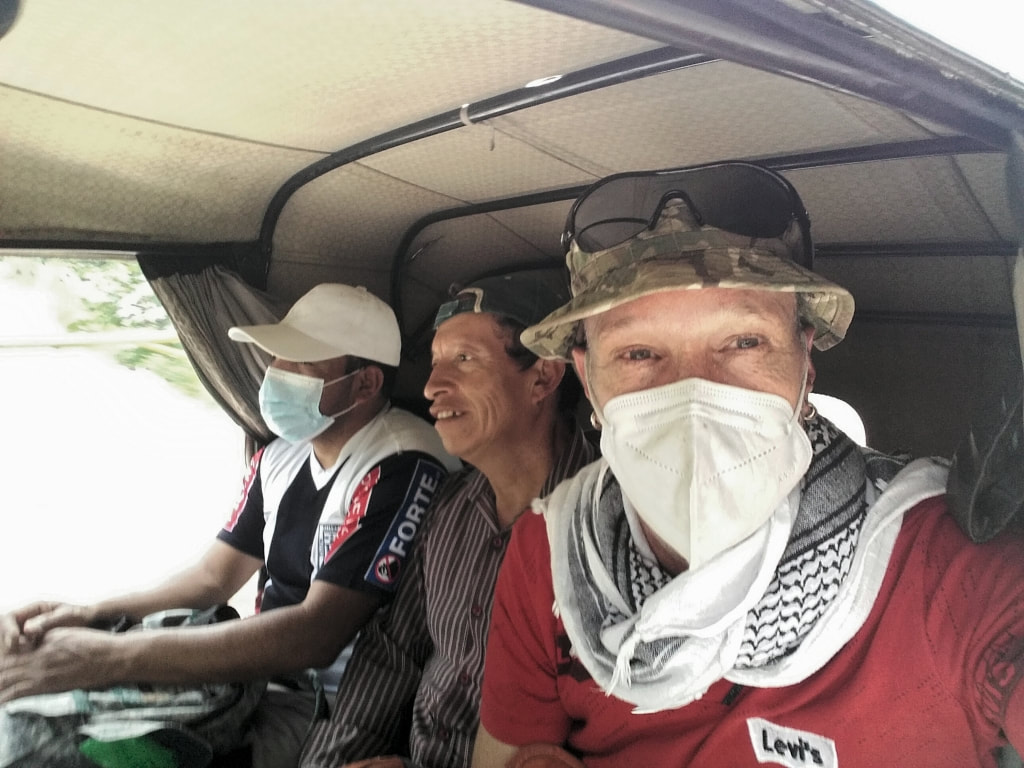 And another to what I had thought would be to San Pedro. But the inter-town tuk-tuks stop and leave at the towns limits. You have to take a separate one across town.

The guy had nodded when I said, San Pedro? Then stopped at Centro. I had meant Centro in San Pedro. Me being a gringo who doesn't talk much Spanish, him being a tuk-tuk driver in a tourist town. 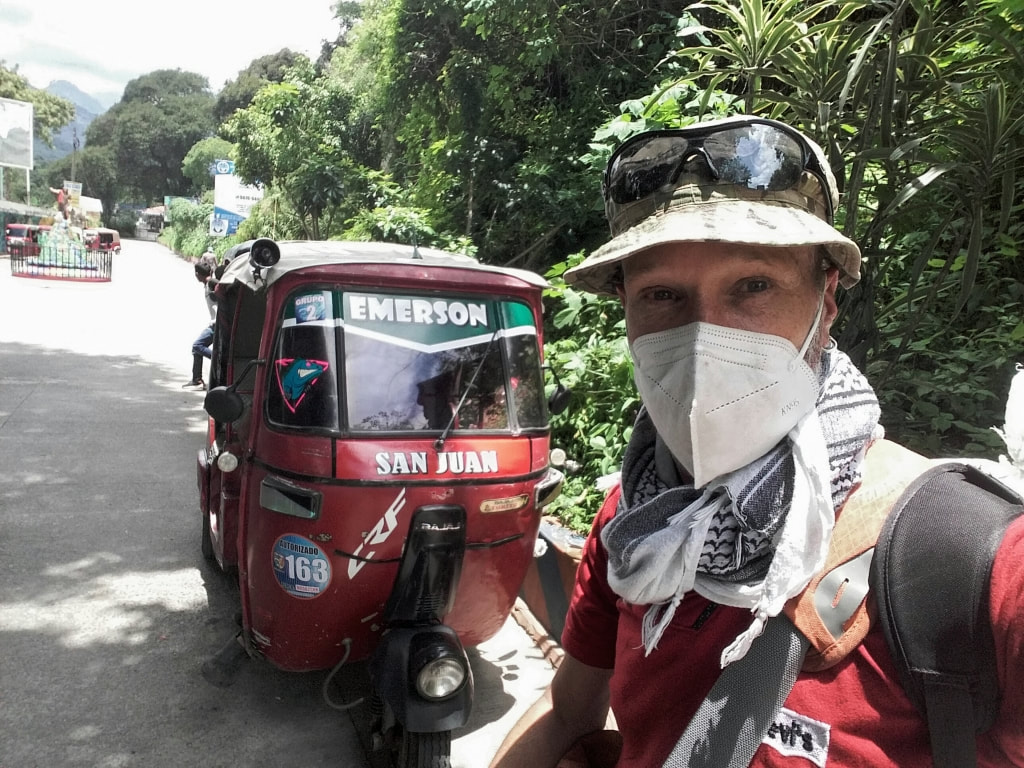 ​I shouldered my bag and walked the 3km.
​
Actually everyone however they arrived would have had to walk whether by a 'bus grande' from Kilometre 48 or as I did. The road is underconstruction and no one is allowed through.

Fun and games. It's all good. I love this style. Learning as I go.

Total costs, Xela to San Pedro La Laguna, 47 Quetzales. Almost the 48 I thought I had been quoted jaja.

Welcome to San Pedro La Laguna on the shores of Lake Atitlan.
​​Tagged under: Guatemala