8 Top Sights in Puebla for the Backpacker | Mexico

Connect on Twitter
Visiting Puebla, the City of Angels, as a day trip from Mexico City. 8 Top Sights for the backpacker. 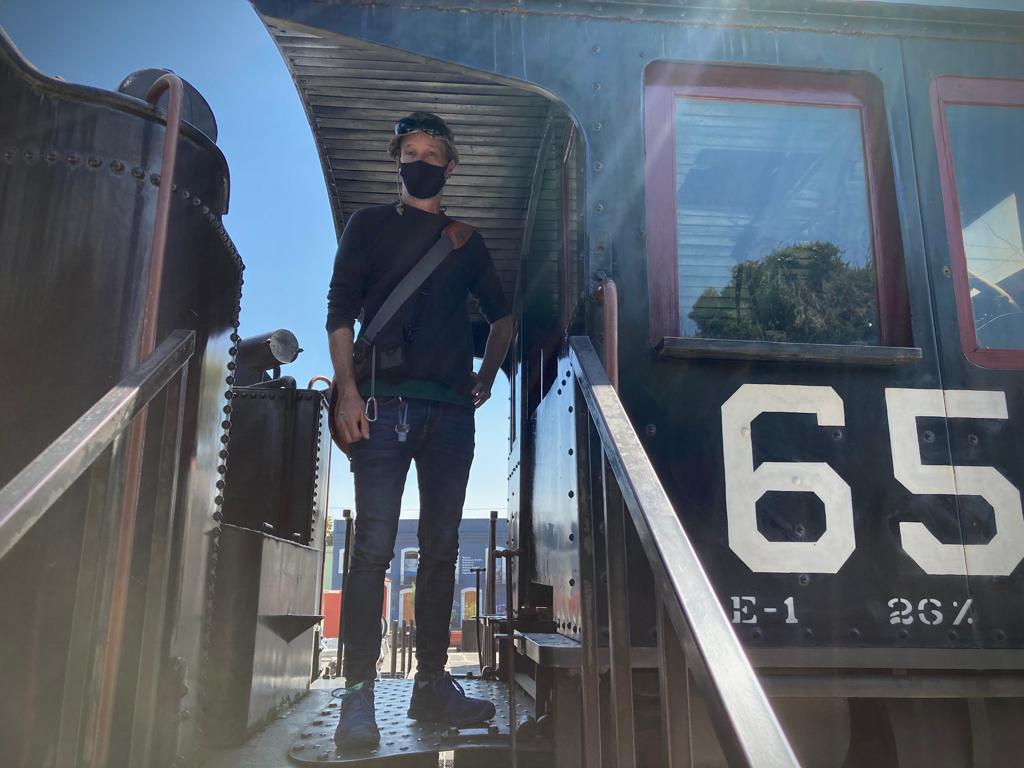 ​Puebla, capital of the State of Puebla, one of 32 federal entities in Mexico (31 plus the capital, CDMX). For me, my 8th: Mexico City, Estado de México, Morelos, Puebla, Oaxaca, Chiapas, Campeche, Yucatán.

Puebla, 110km from Mexico City, 2 hours on a normal day but due to heavy traffic on the weekend of the Day of the Dead, road works with 4 lanes funnelled into just 1 at half distance and a crash meant it took 3 hours 45 to get from the Tapo bus station to Puebla, not to mention the hour we gave ourselves to get from Roma Norte to Tapo bus station using linea #1 of the Mexico Metro. 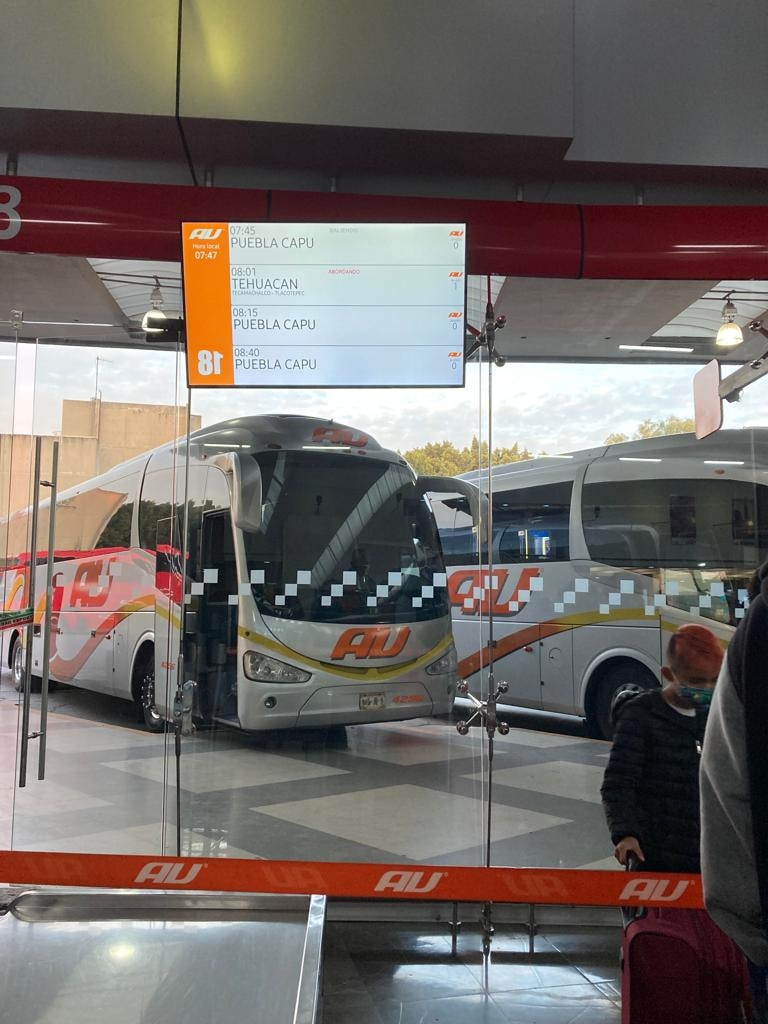 Puebla is known for the Battle of Puebla which took place on May 5, 1862, where the Mexican Army defeated the French. There are streets across Mexico named after this victory, Calle 5 de Mayo and the day is even celebrated in the US, the Cinco de Mayo, celebrating Mexican heritage and so often mistaken for the date of Mexican Independence which is September 16, 1810.

So after having got up at 6, it was nearly midday when we got to Puebla. To save time, we took a local bus into town.

The night before, I had scribbled on a piece of paper, Top Sights in Puebla for the Backpacker.

I used to be a trainspotter. Yes, I could be often found at my local railway station writing down engine and carriage numbers in a notebook.

The railway museum here in Puebla is every school boy's dream, assuming they are born pre 1980. Do kids do trainspotting anymore? 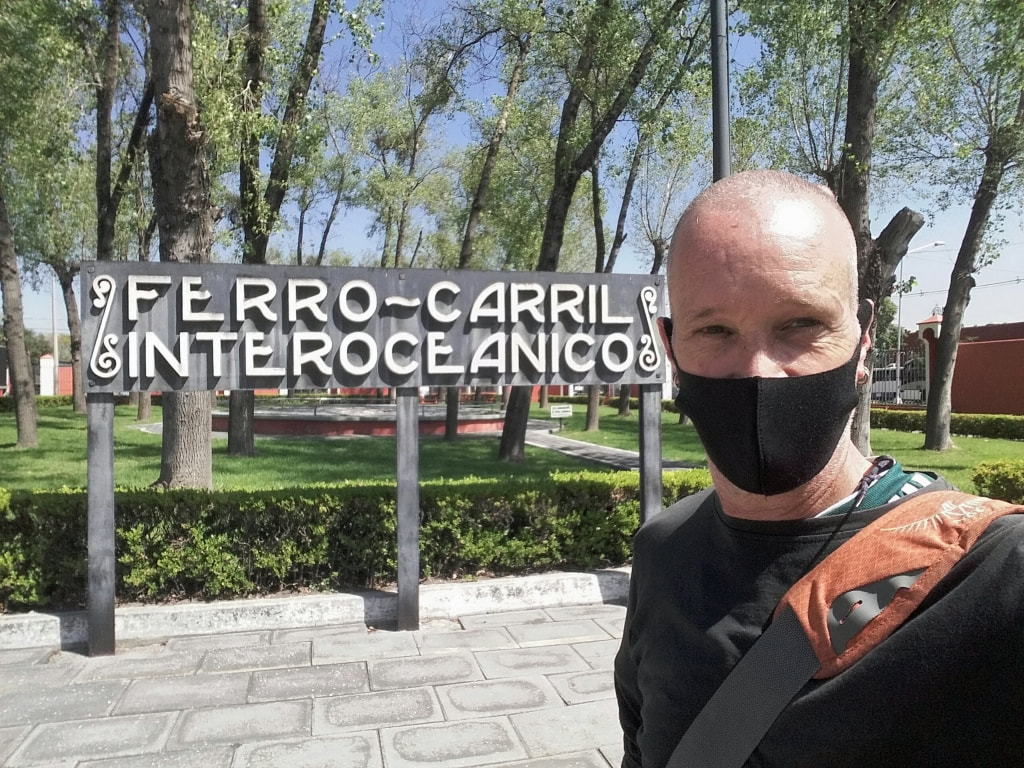 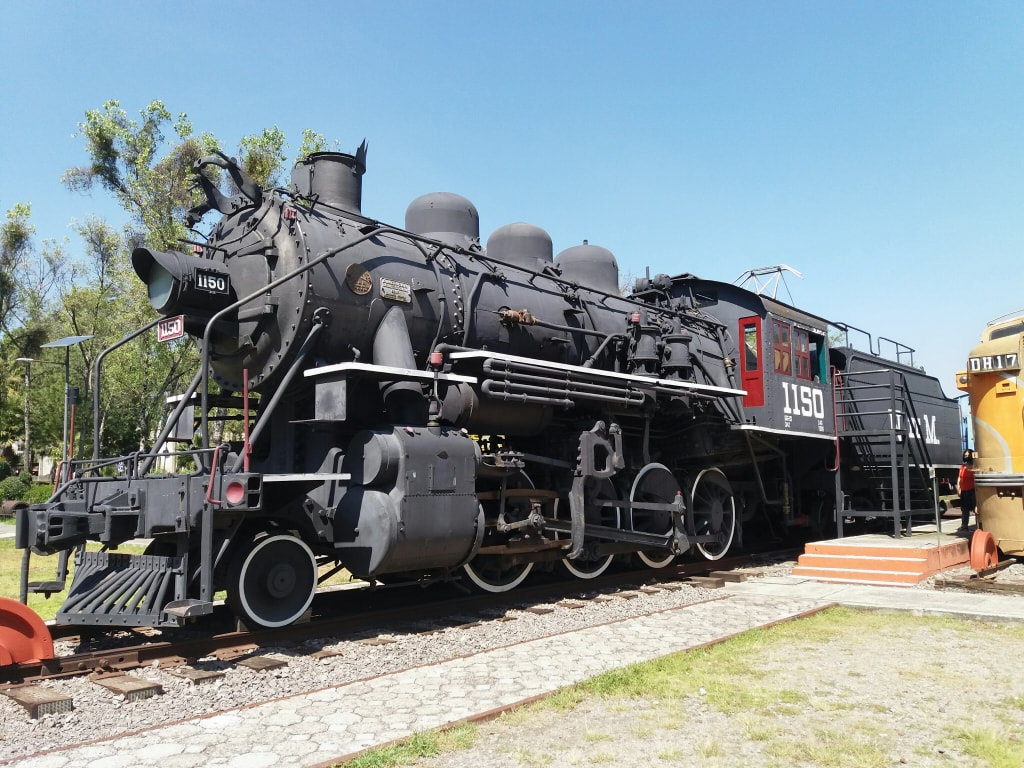 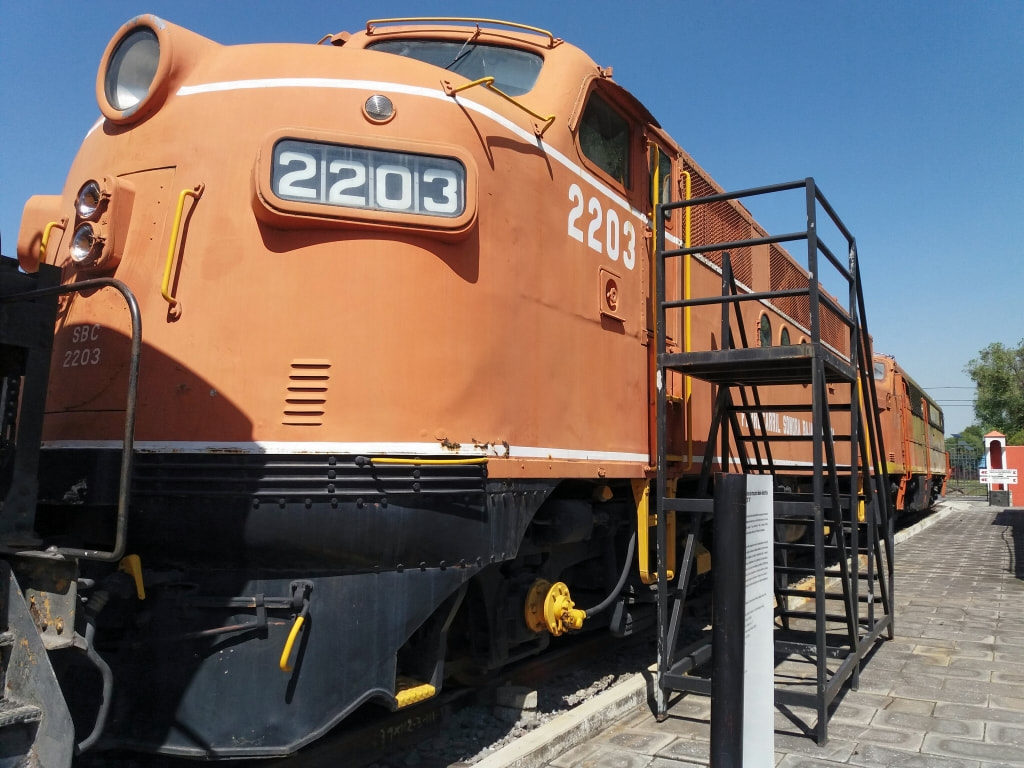 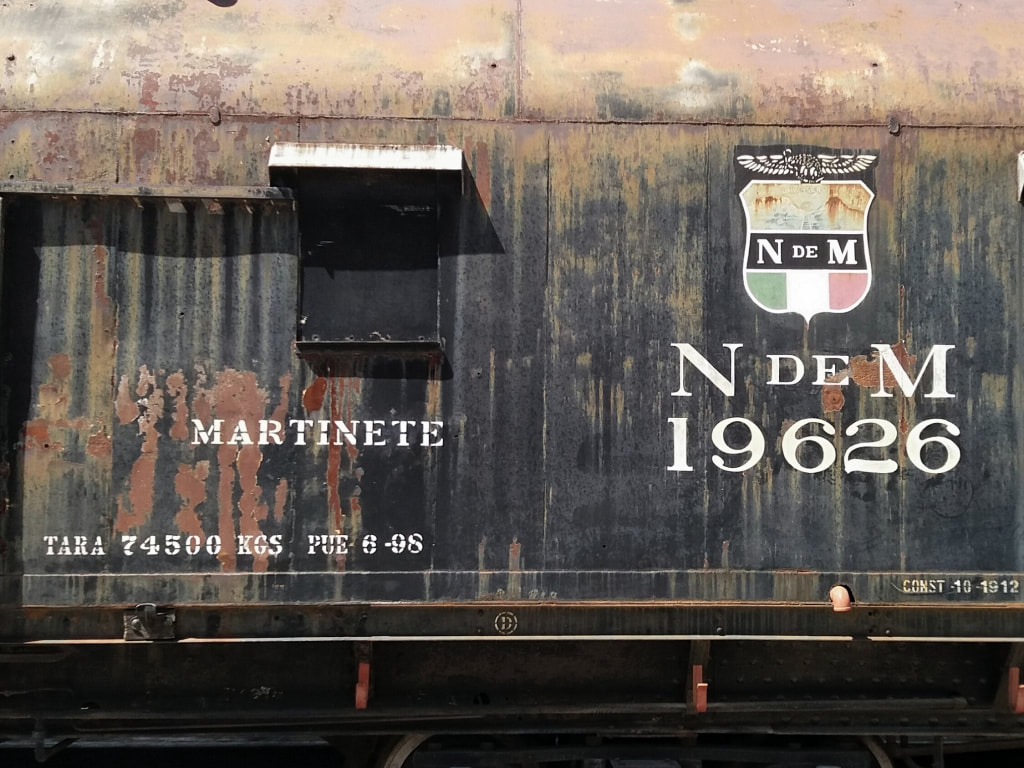 After the railway museum, we headed down Calle 11 Norte to the Clock Tower.

The Clock Tower at the northern end of the Paseo Bravo park, built in 1921 to celebrate the centenary De La Consumacion De La Independencia Mexicana is regarded as a meeting point in the city. 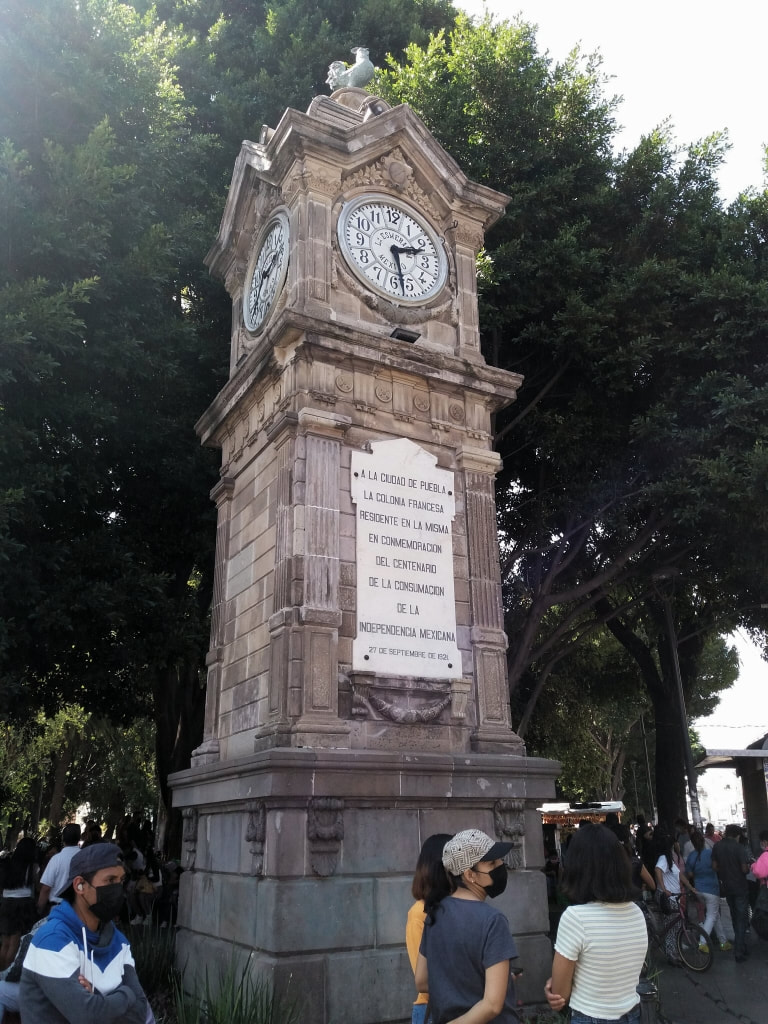 And across the road, the Temple of Our Lady of Guadalupe, dating from the 18th Century, with the best example of Talavera (the blue and white ceramic tiles) and brick facades in the city. 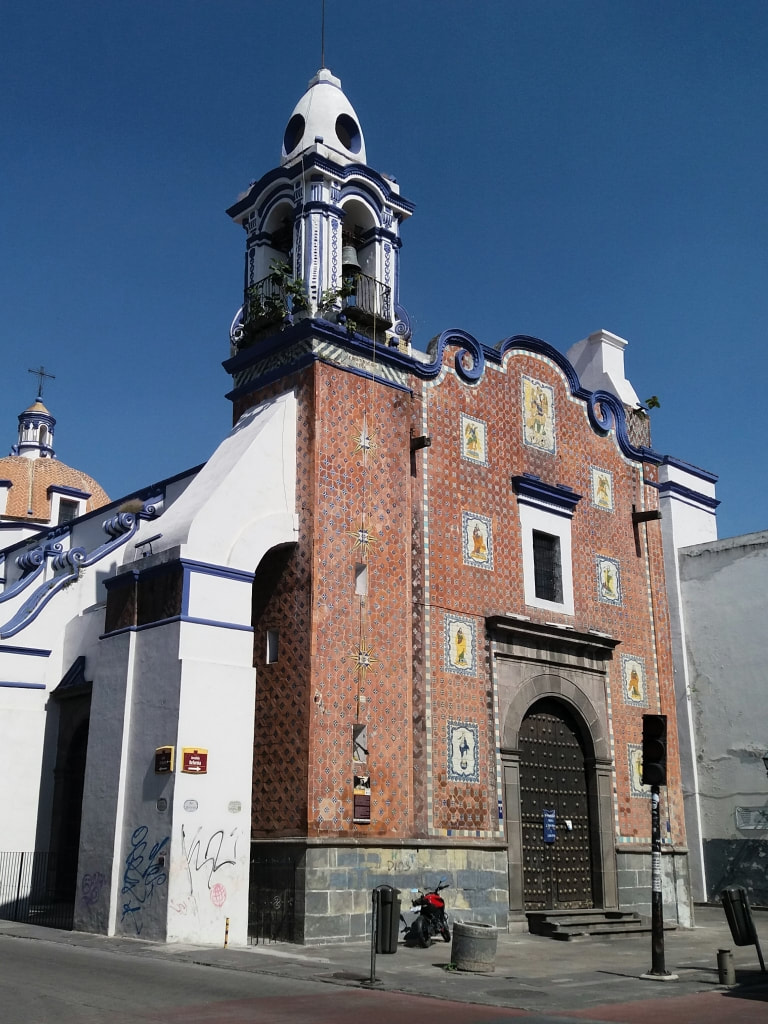 Then heading South East on Avenue de la Reforma towards the Zocalo and behind it, the Catedral de Puebla.

Built in the 16th and 17th Centuries, the Catedral de Puebla was never really finished as according to the original design, was meant to have 4 towers and even the two that we see today, were not completed until 1768. Standing at a height of 75 metres, said to be the tallest of the old cathedrals on the continent. 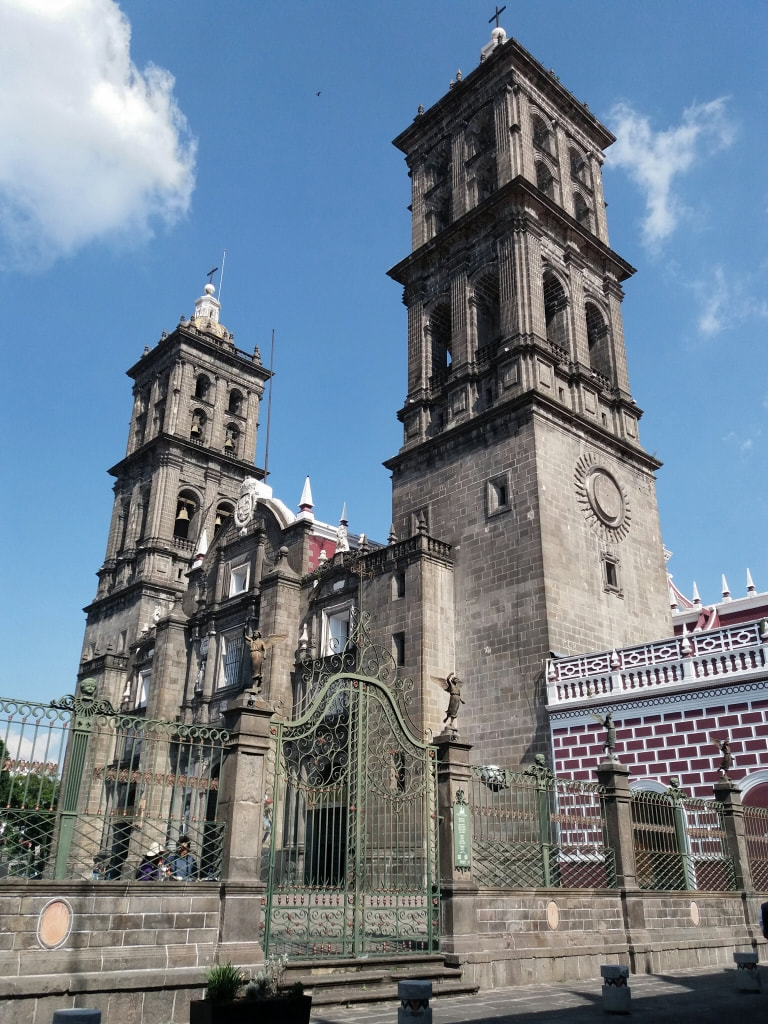 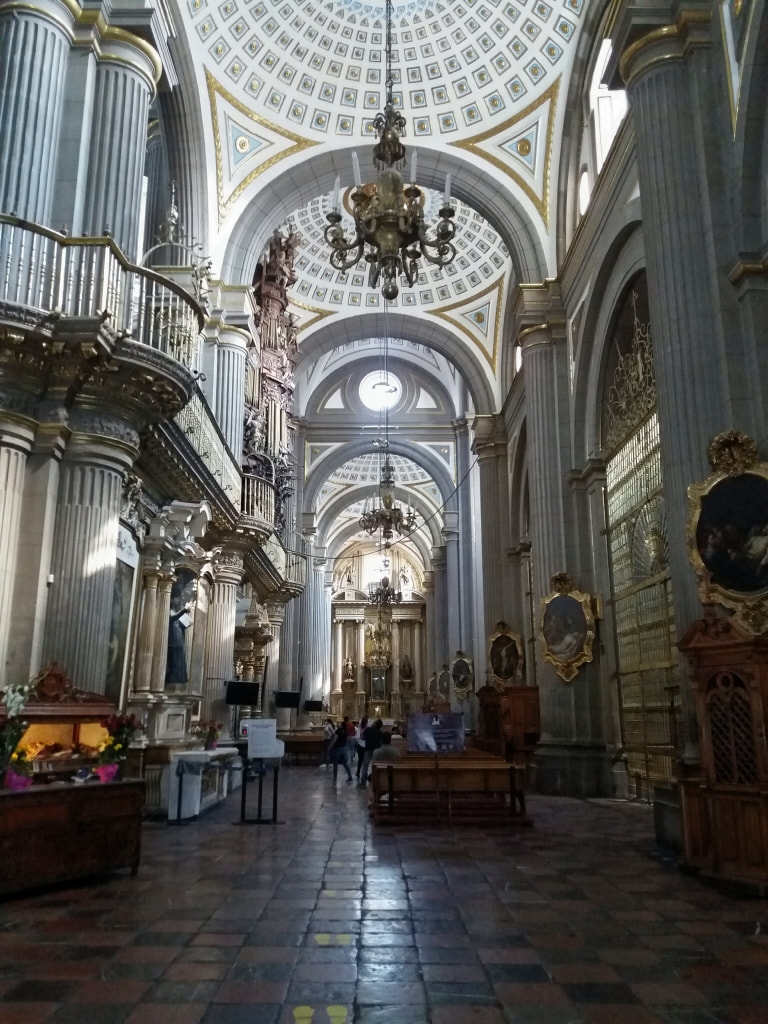 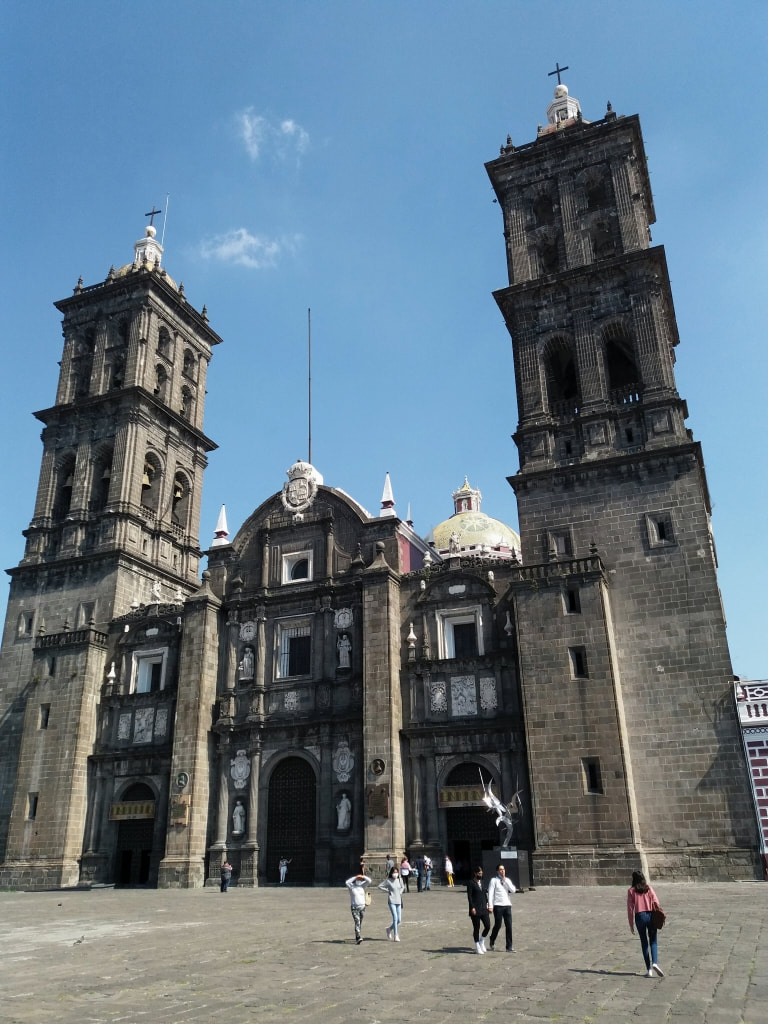 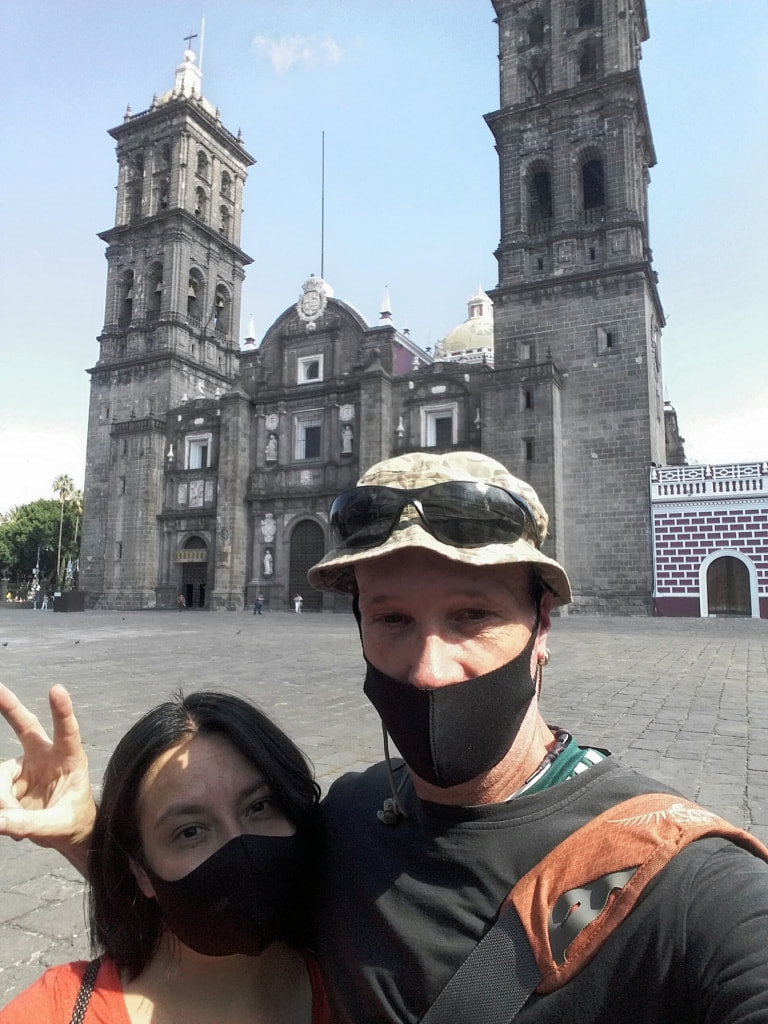 This is a pedestrian street that is given over to a flea and handicraft/artisanal market. A nice place to wander. 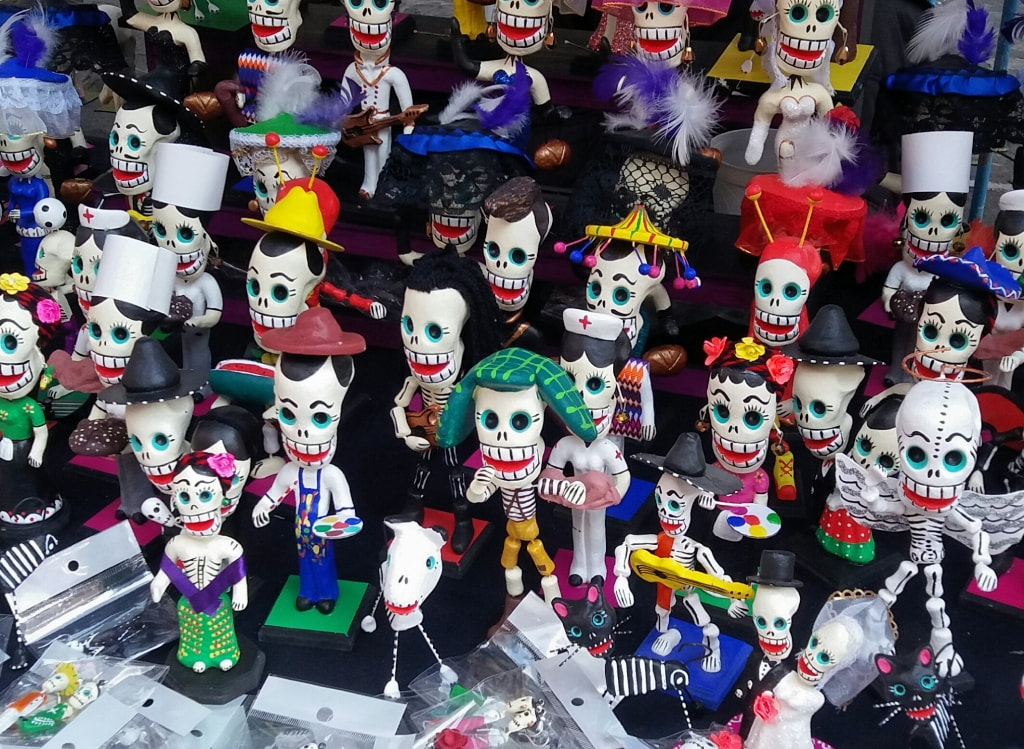 Monument to the Heroes of the Cinco de Mayo 1862 Battle of Puebla, not to be confused with Mexican Independence day. 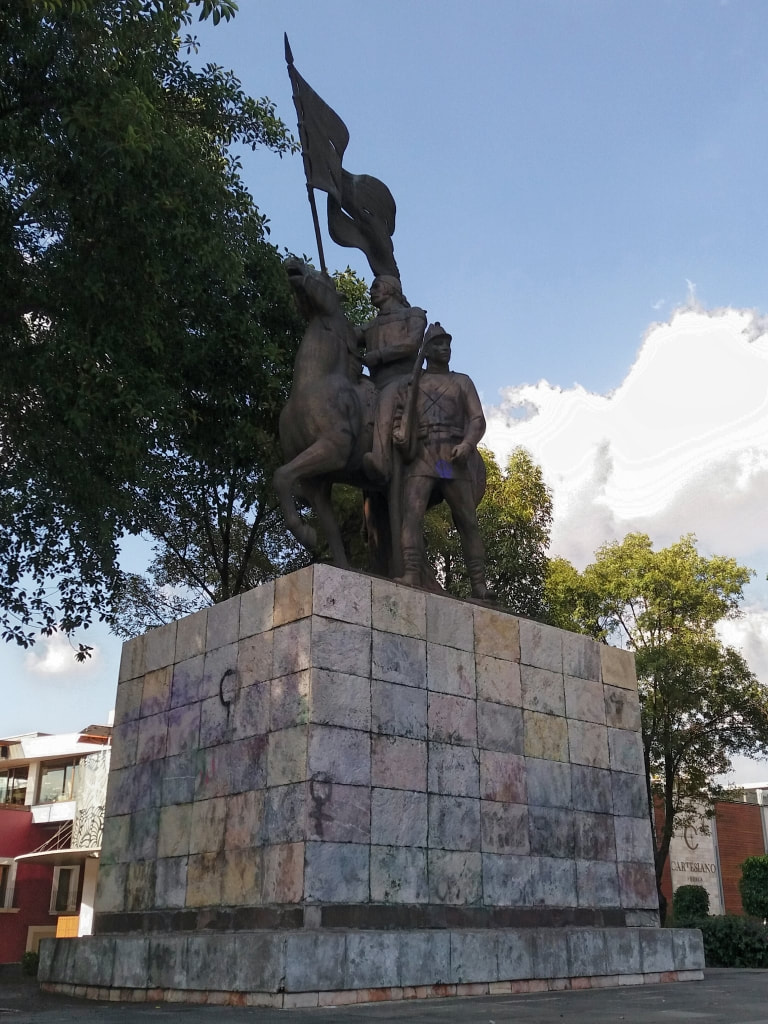 Built to facilitate the movement of vehicles from the west part to the east part of the city in 1775, the Ovando Bridge, built next to and thus named after the family house of Don Augustin de Ovando Villavicencio. 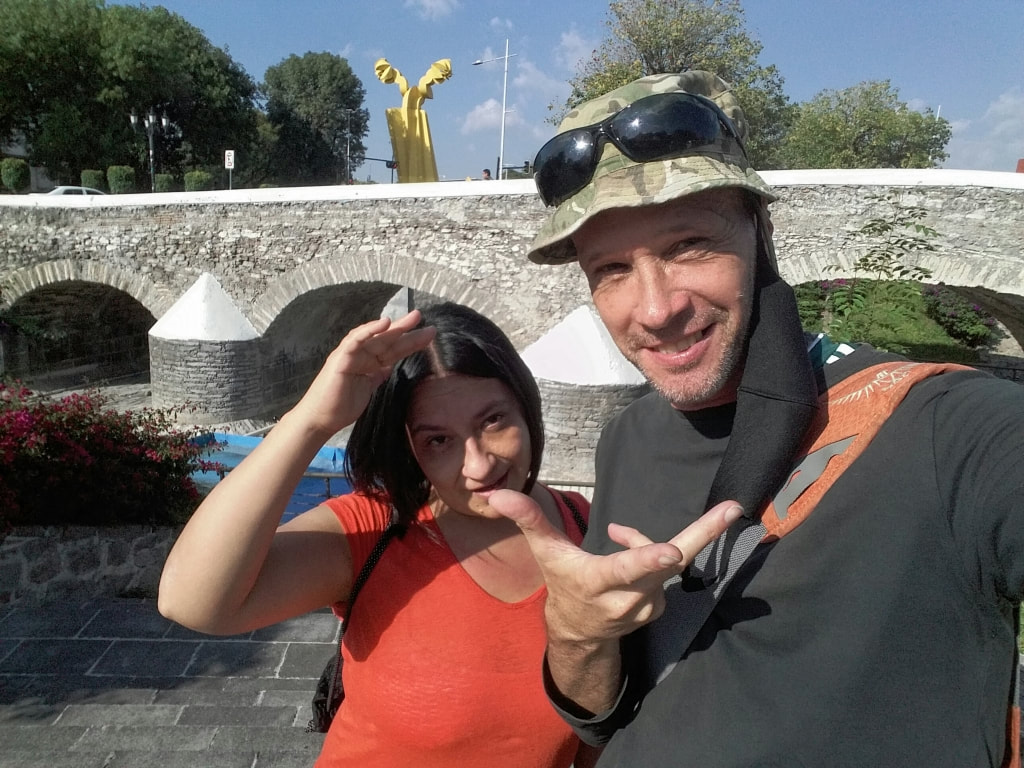 The Ex-convent of San Francisco is the first convent in the City of Puebla. Fray Toribio de Benavente, a Franciscan missionary, one of the Twelve Apostles who arrived in New Spain, laid the first stone in 1535. It is located in the Alto neighbourhood, the oldest area of ​​the city of Puebla, the indigenous neighbourhood. 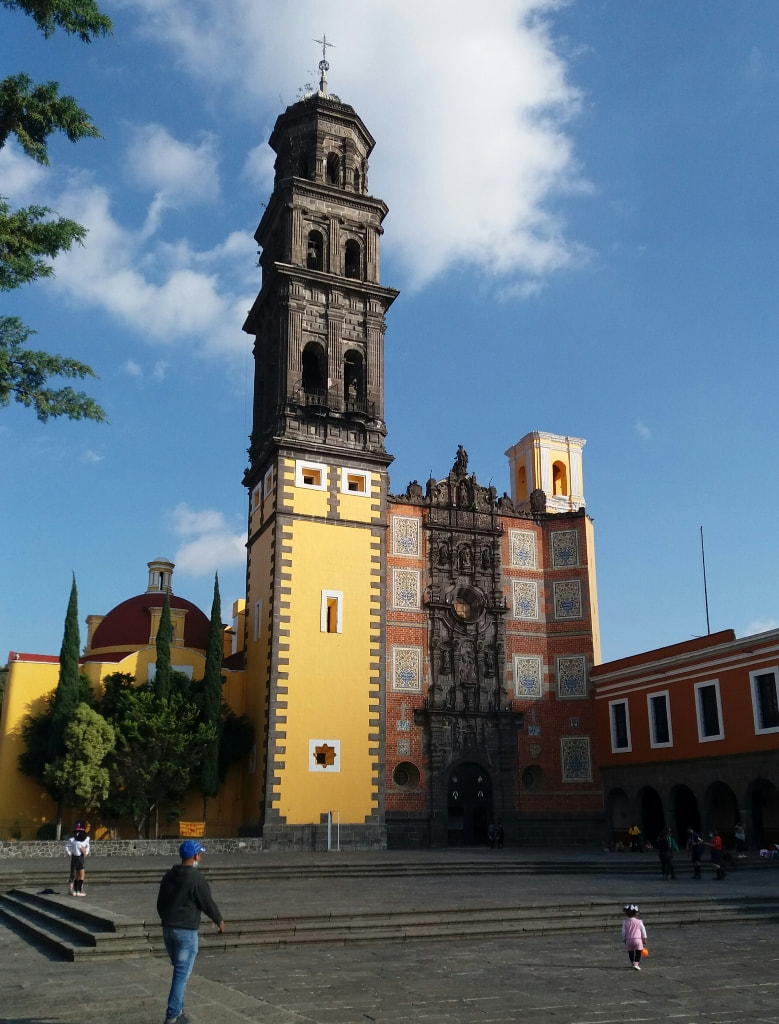 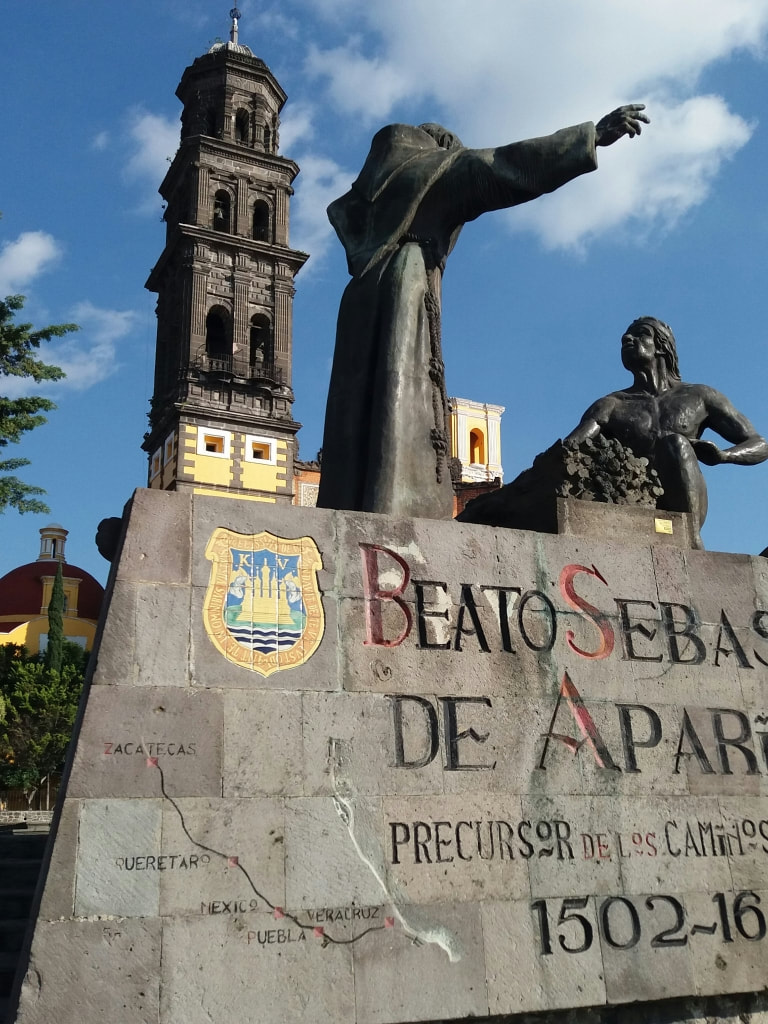 There are many myths about these tunnels. It is said, but never verified, that the tunnels were originally dug to gain access to the volcanic stones used in buildings across the city.

It is known that the tunnels were used in the fight for Independence from Spain which began in 1810, whether they were constructed for that purpose alone, it is not known. 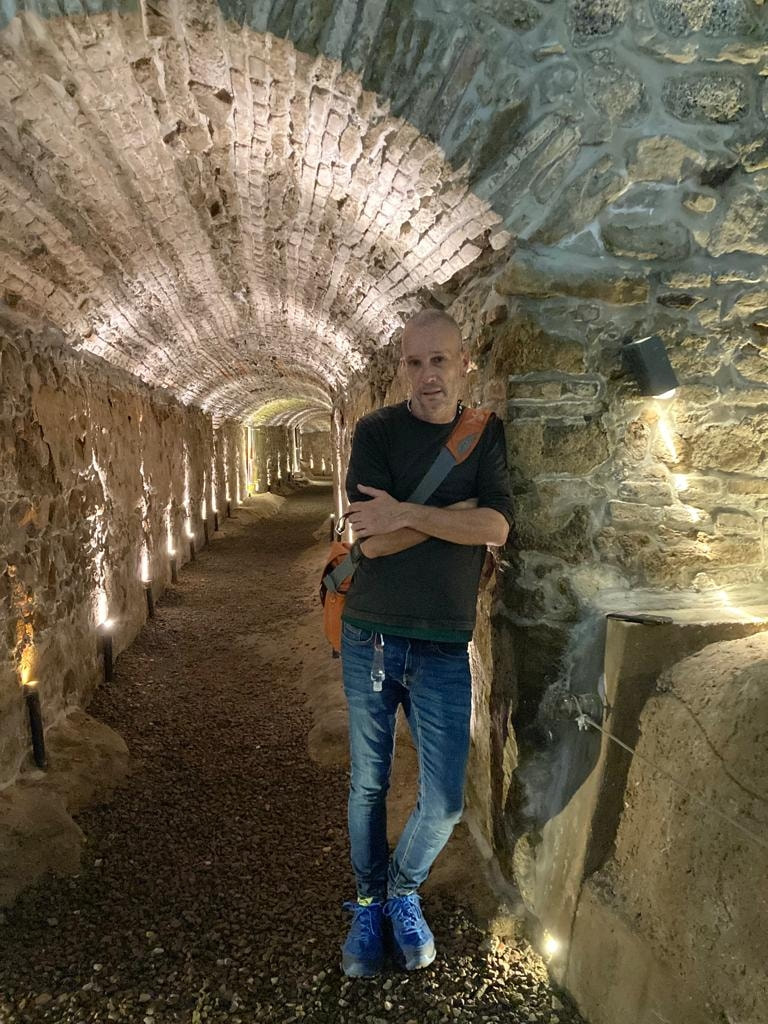 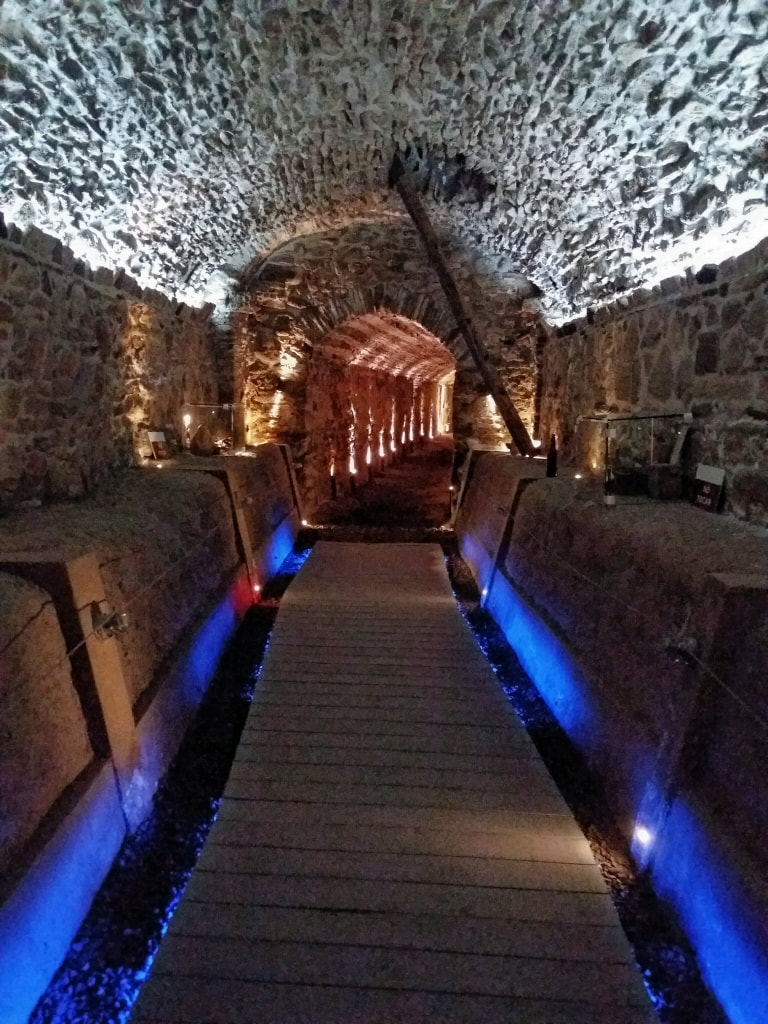 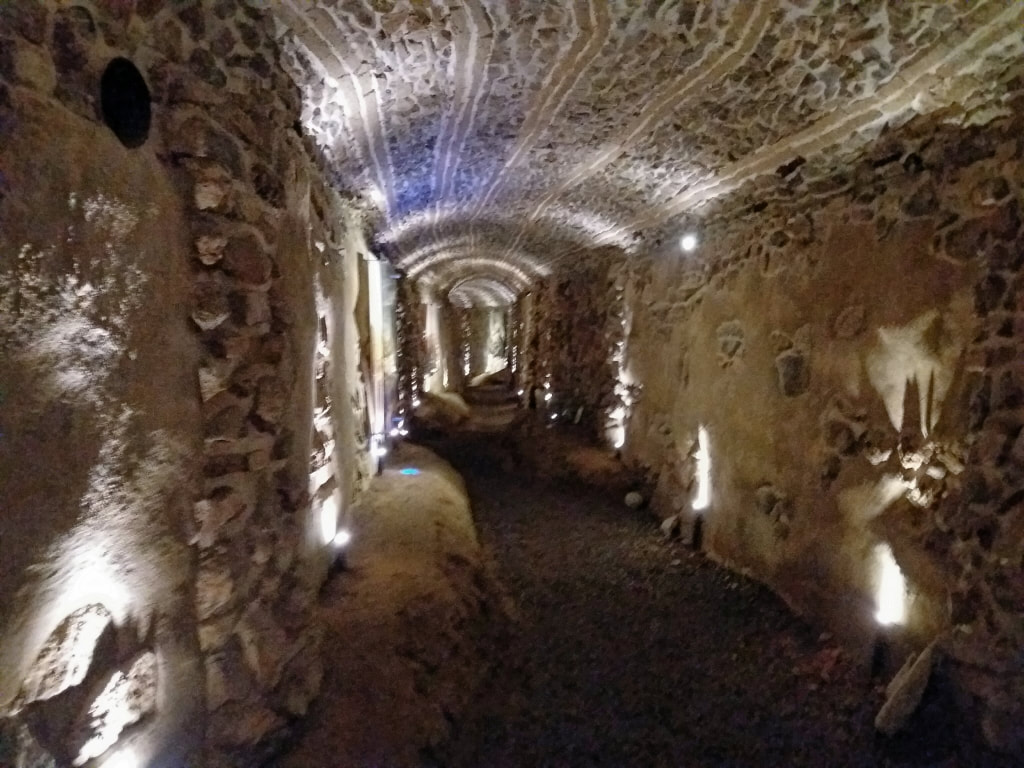 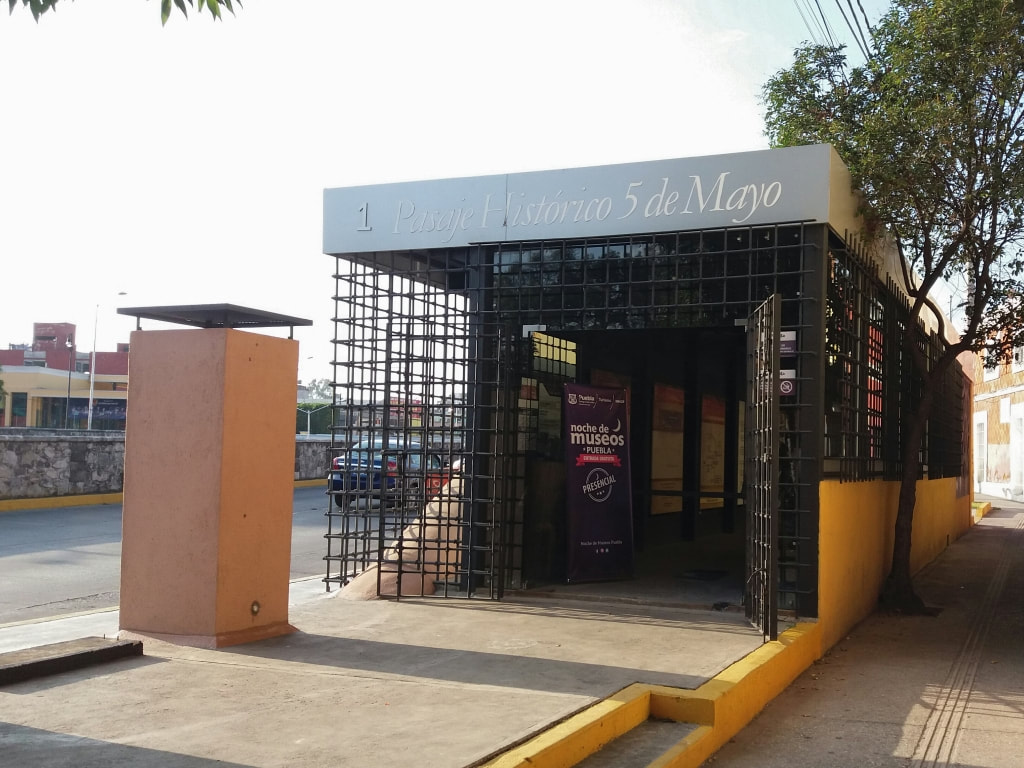 We were lucky as the day we visited Puebla, was The Night of the Museums of Puebla so the entrance was free and all museums across the city remained open until 8 pm.

​Then we walked back across the city to the Zocalo to get the requisite photo there: 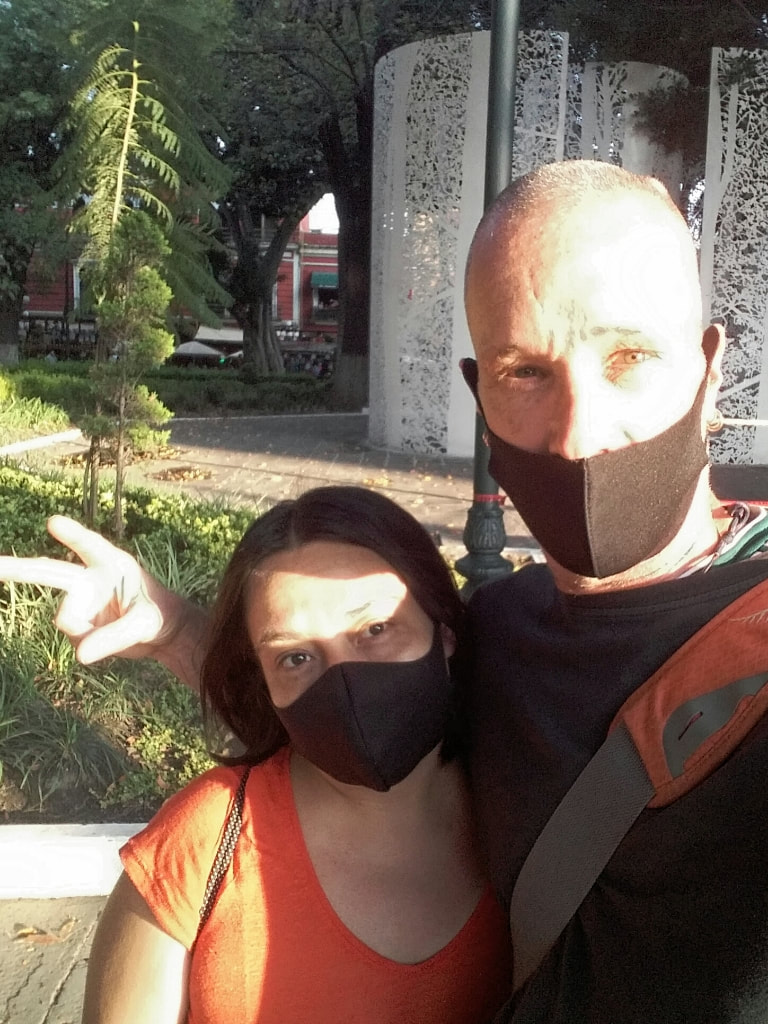 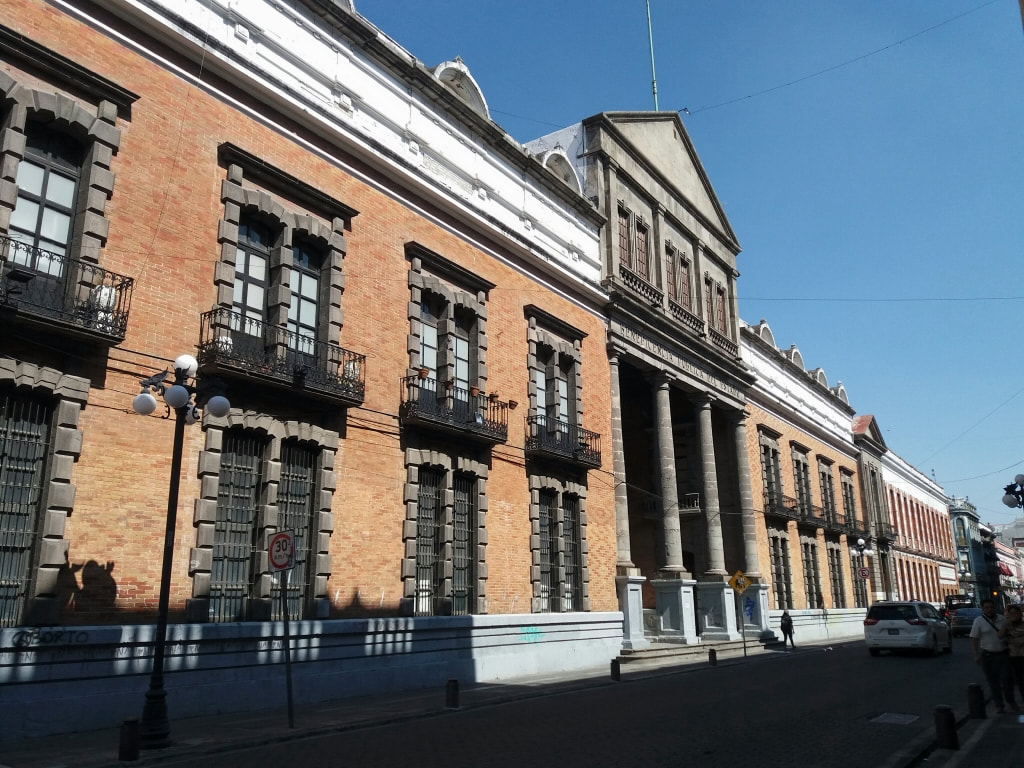 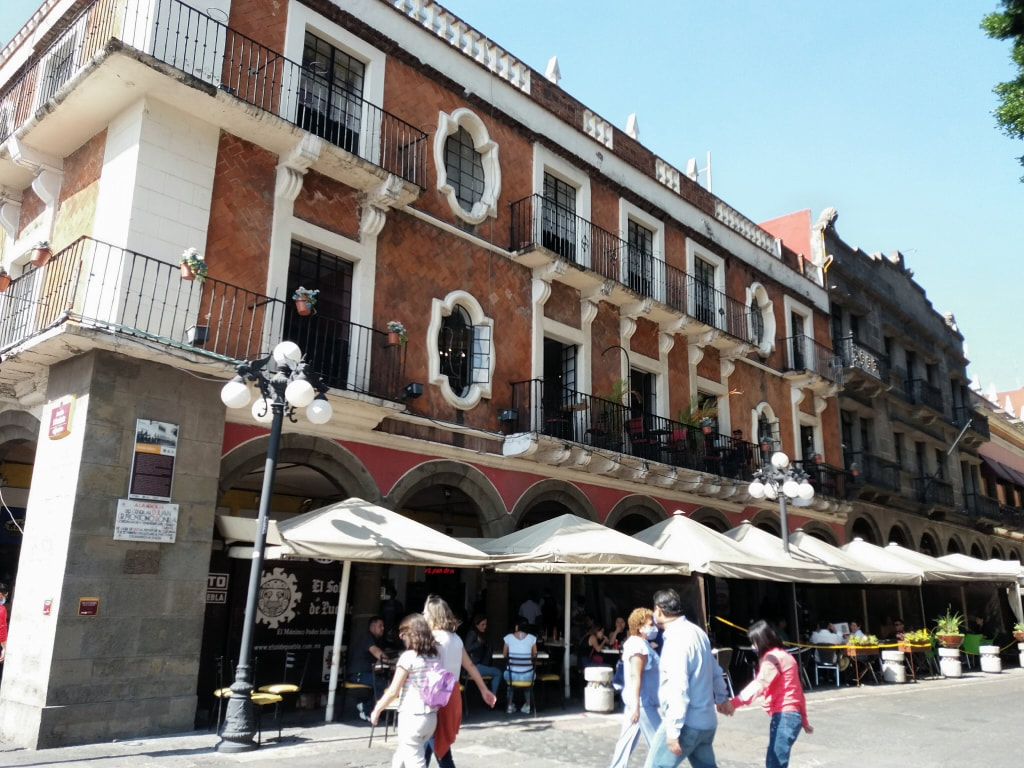 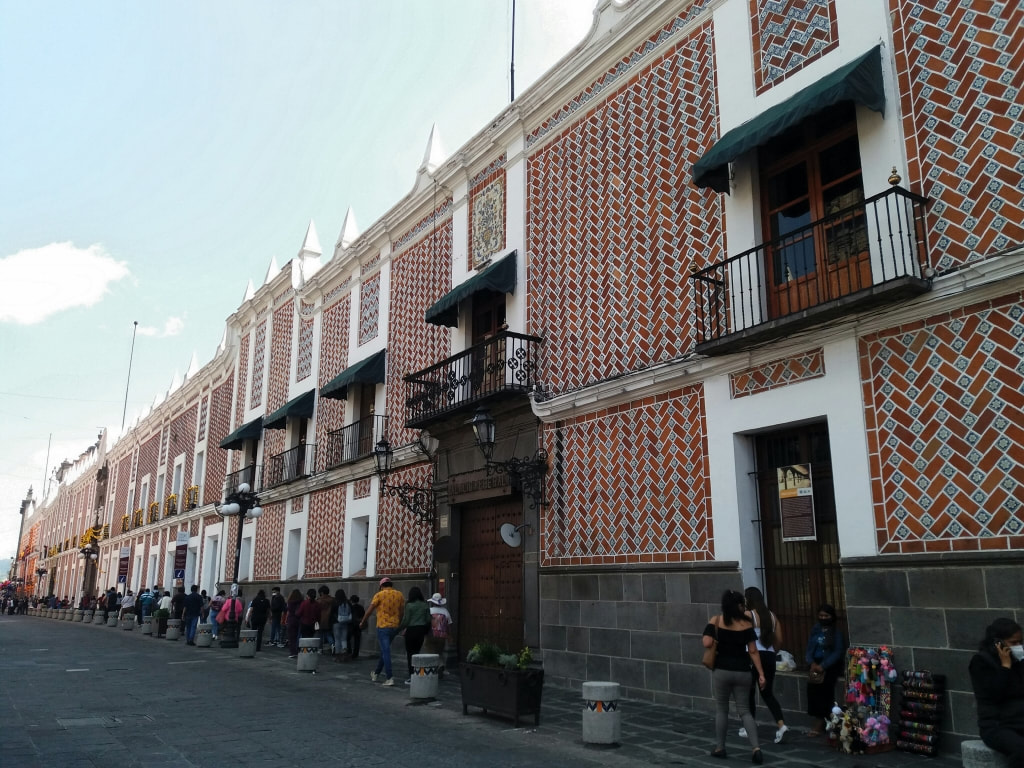 It is very clear that 'doing' Puebla as a day trip from Mexico City was not the best idea. 2 full days would have been better. But to take in the numerous churches and museums and the Zona Históricas de Los Fuertes, which would take a day in itself to explore fully and enjoy, a week in Puebla would be ideal though 2 weeks would mean you could discover the wonderful city at a more relaxed pace.

Add to that, exploring and enjoying nearby Cholula, a month would be so much better.