September 4, 2022 | Tagged: Costa Rica
For kicks, I rode the train from Estación Atlántico to Estación Cartago one of 3 "Interurban" lines in San José, Costa Rica. 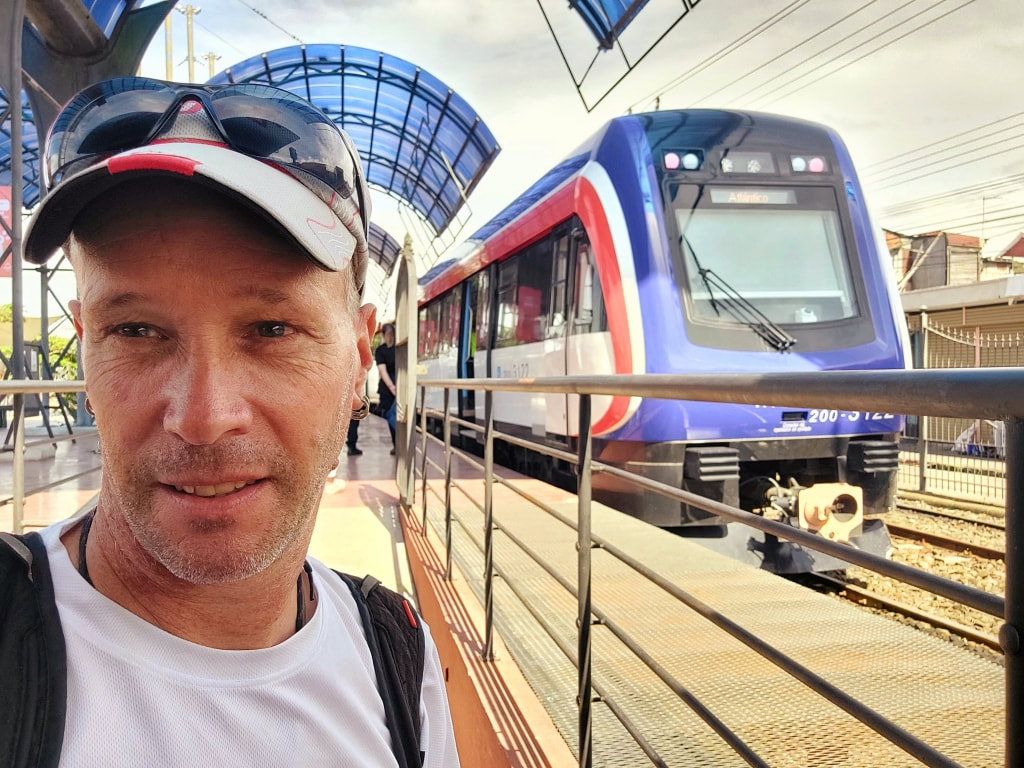 Here is the Estación Atlántico in San José, Costa Rica: 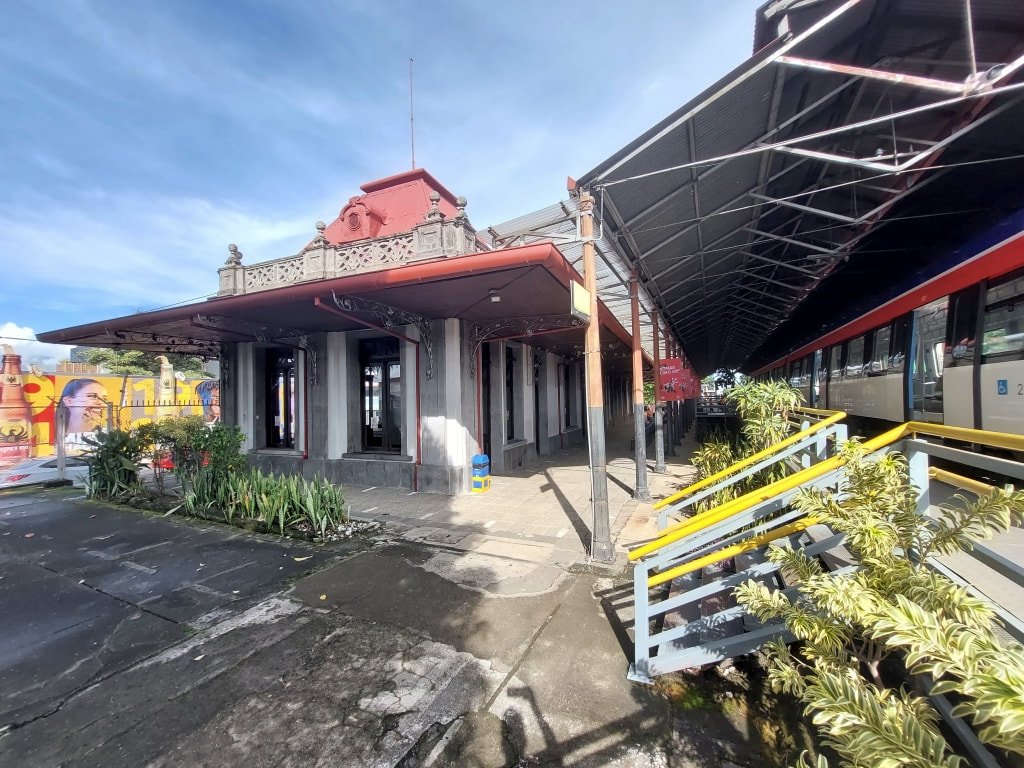 The Estación Atlántico dates from 1908: 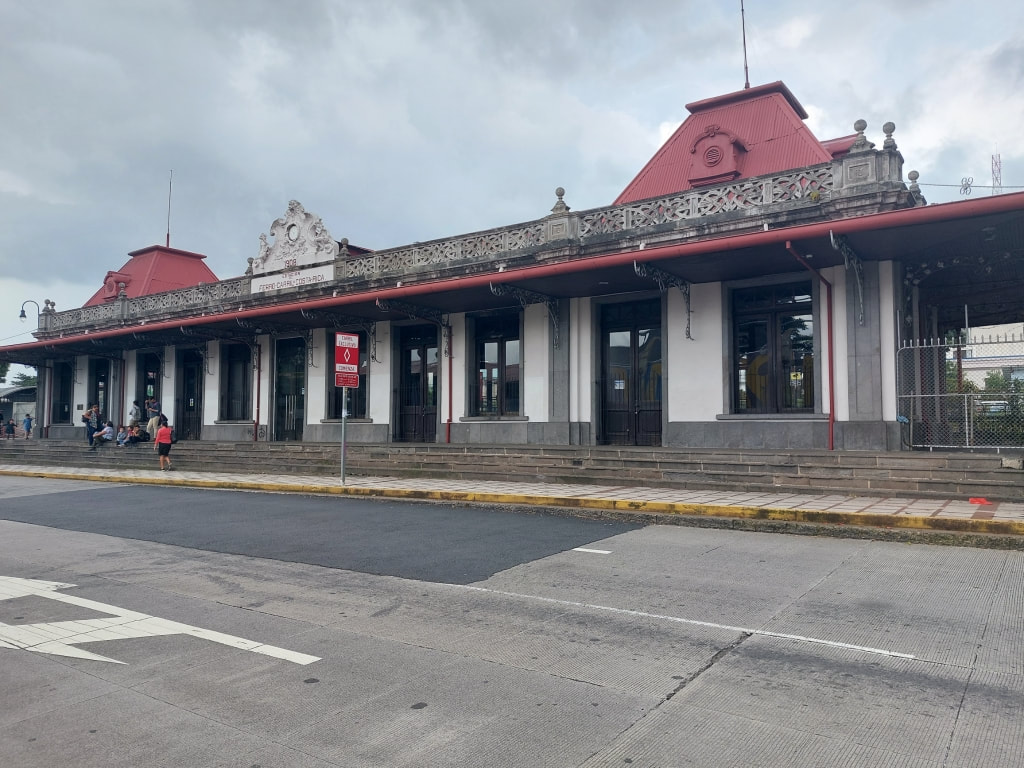 ​Ticket hall at the Estación Atlántico in San José 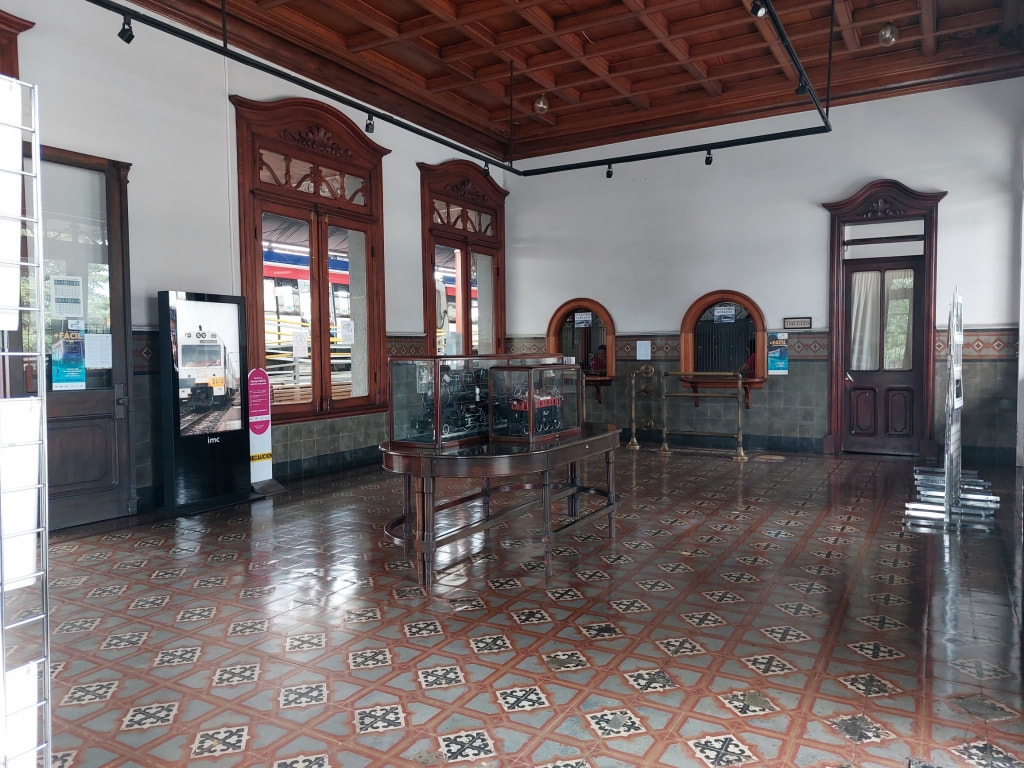 You can buy the ticket at the station, or on the train: 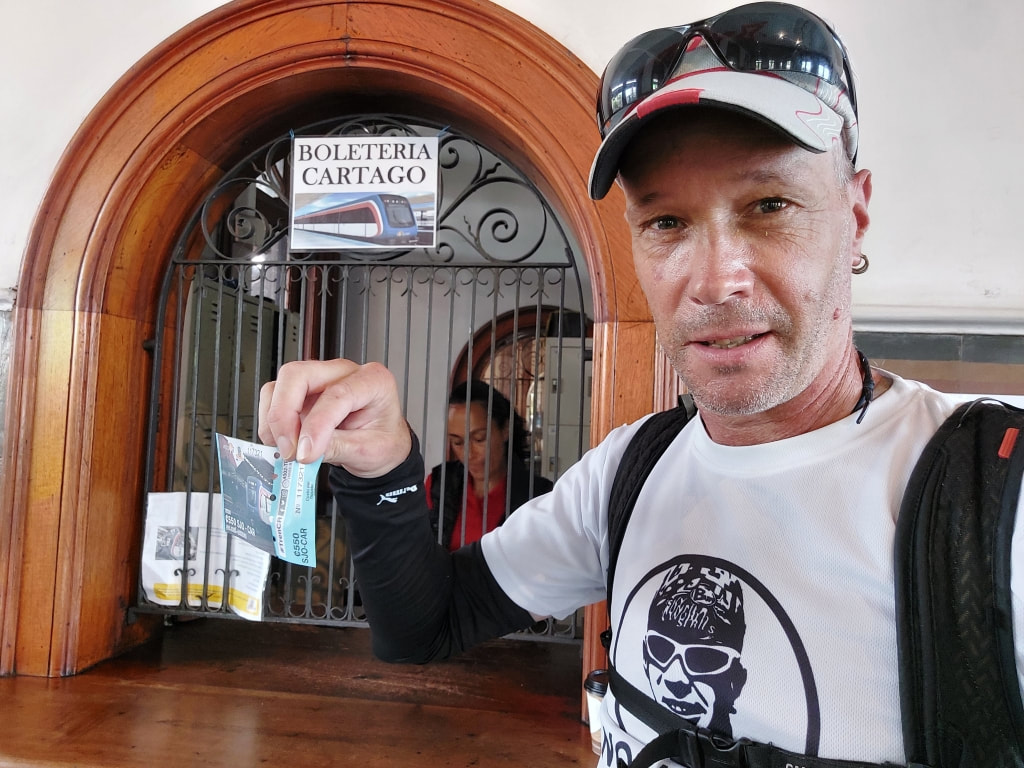 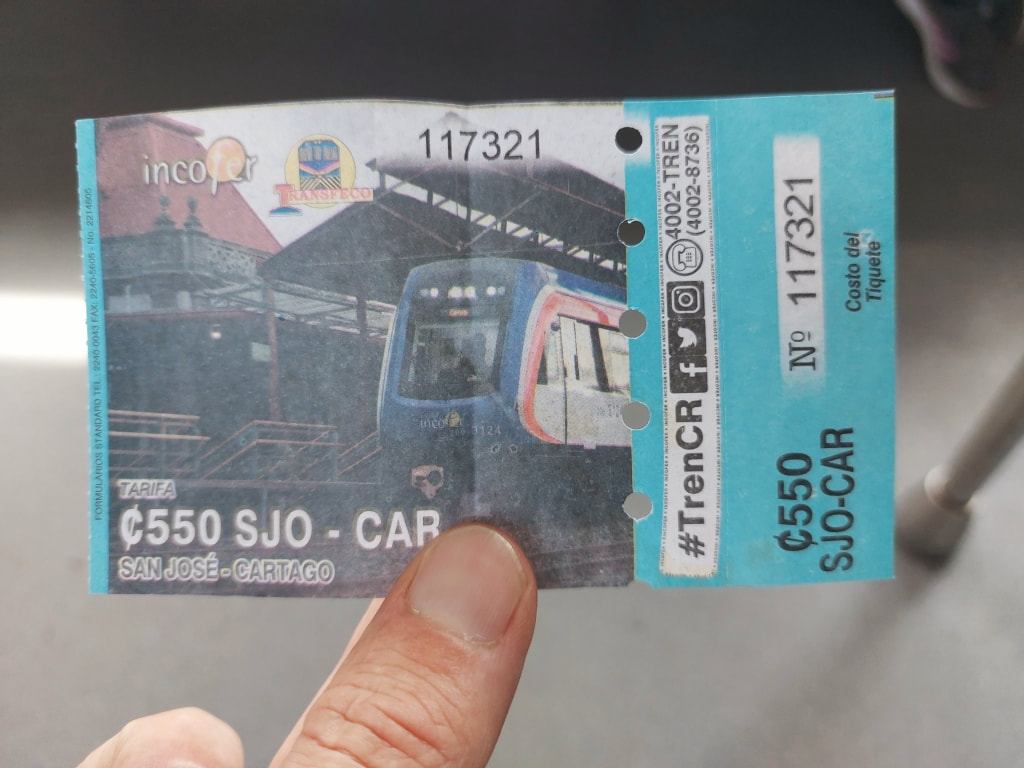 The schedule is for workers, they are commuter trains. They start running as early as 4 am, depending on the line, until about 9 am. Then they restart around 3 pm and continue until 8 pm. 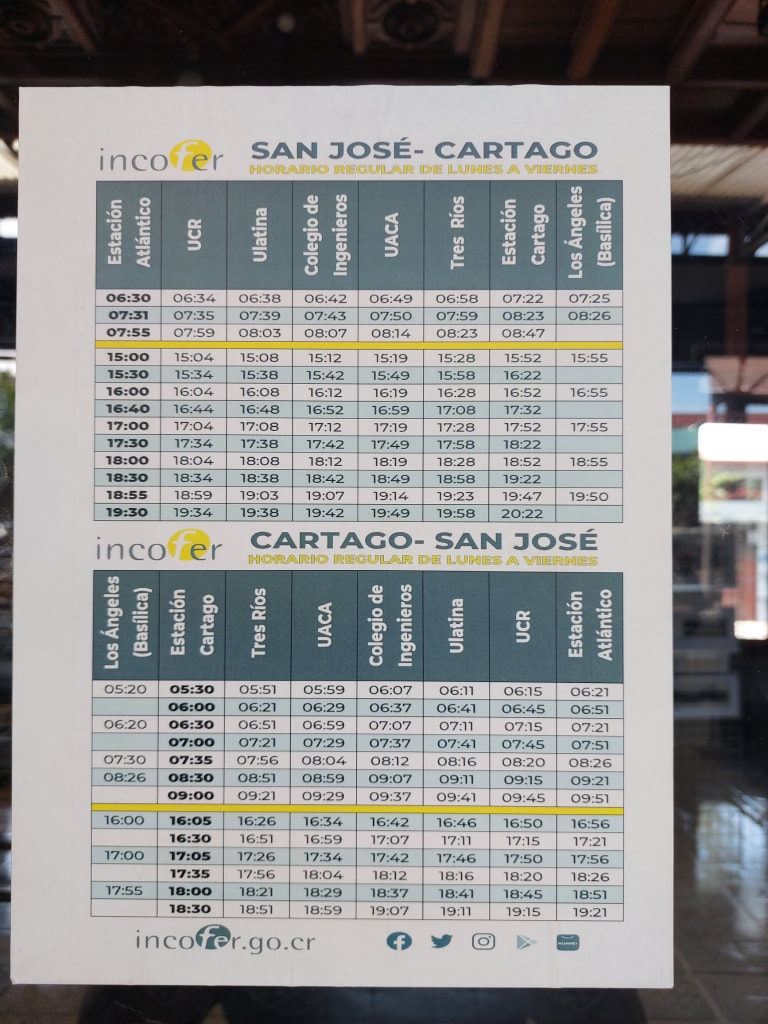 This is my train arriving:
5 minutes for a bit of trainspotting: 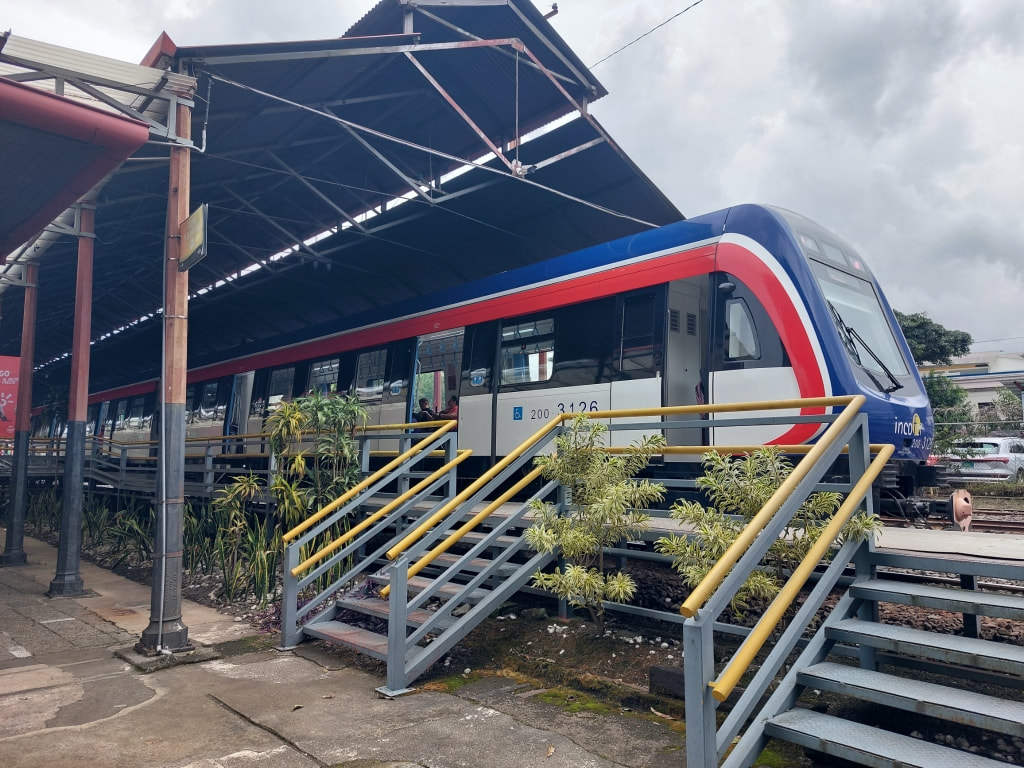 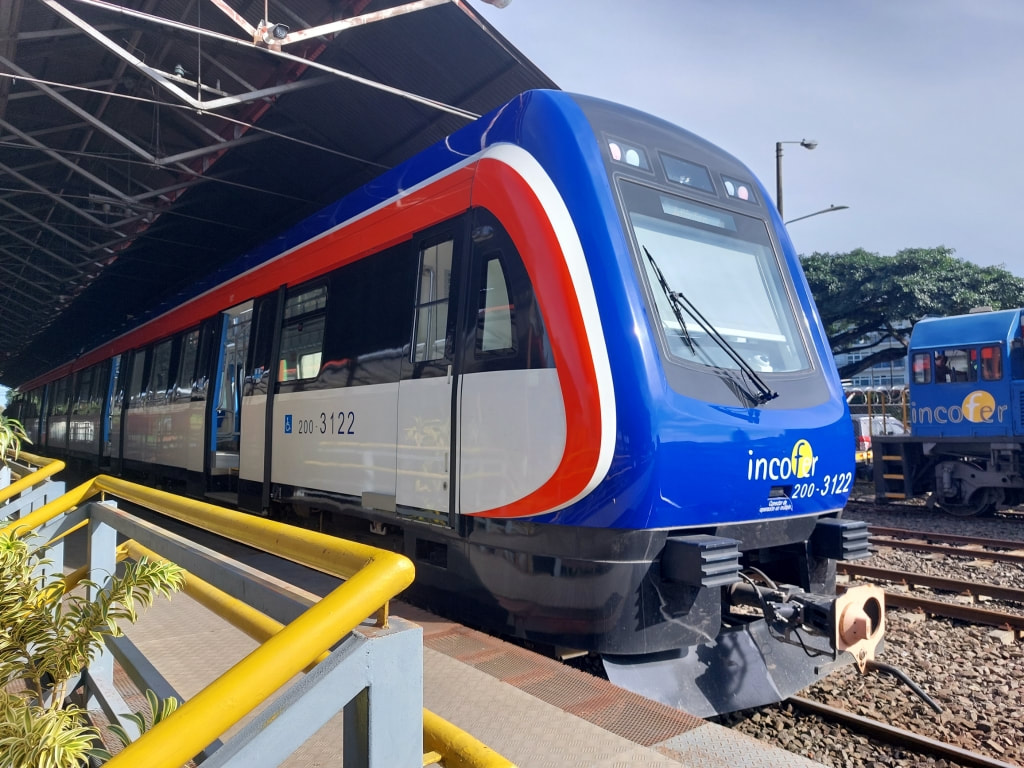 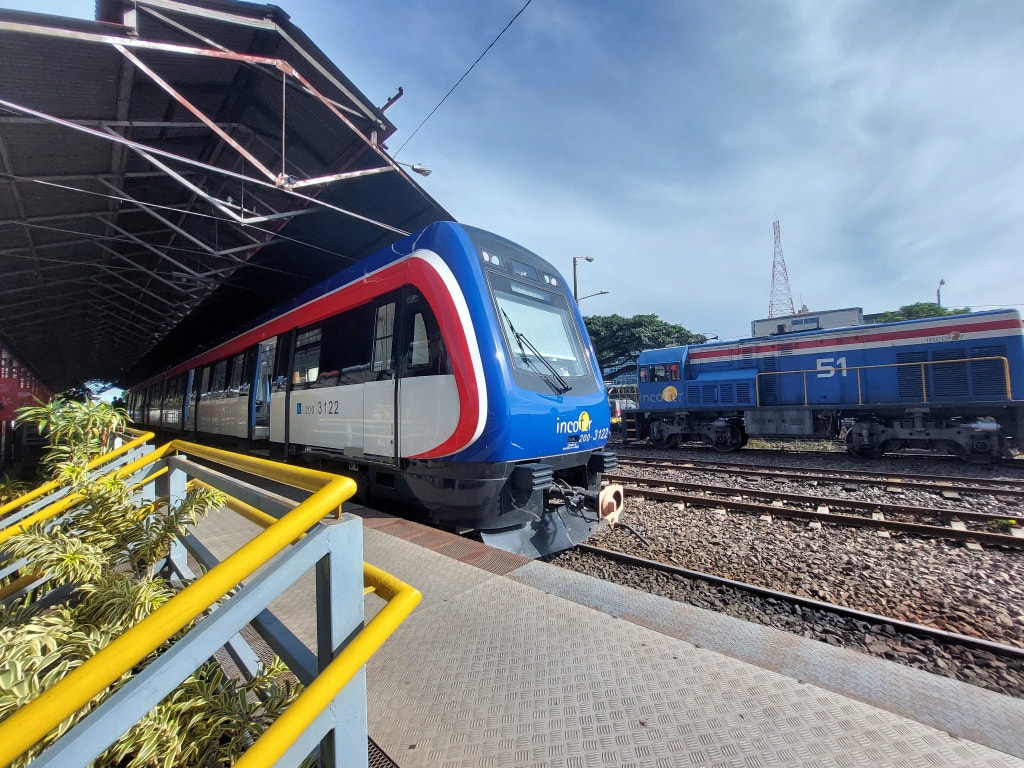 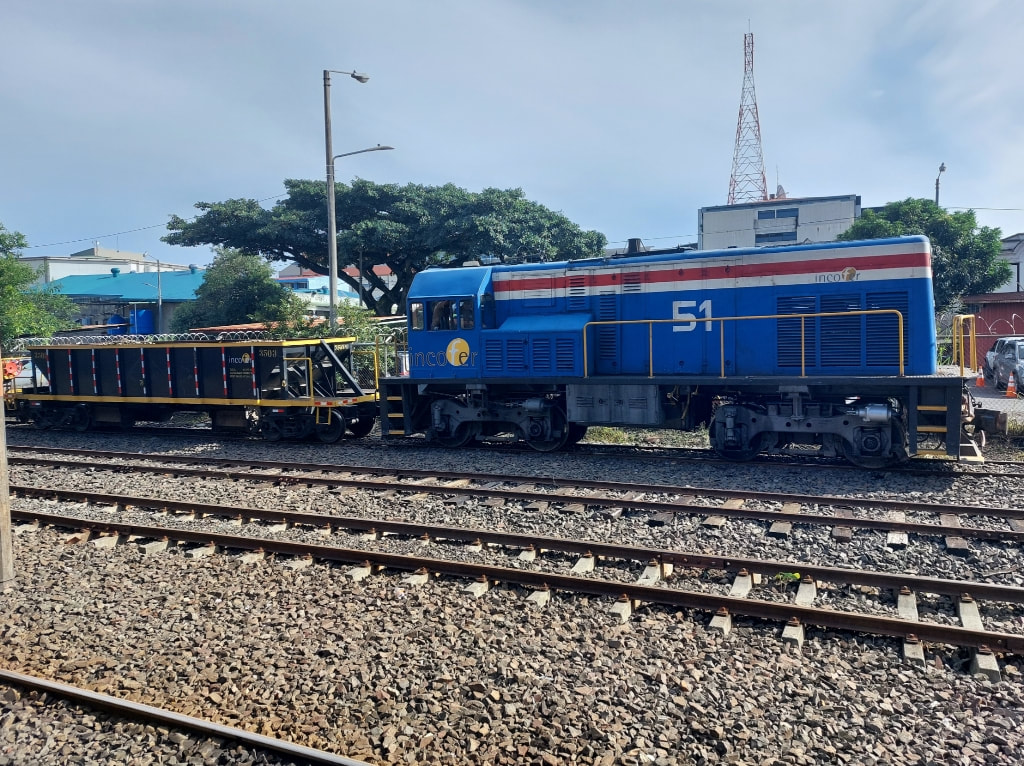 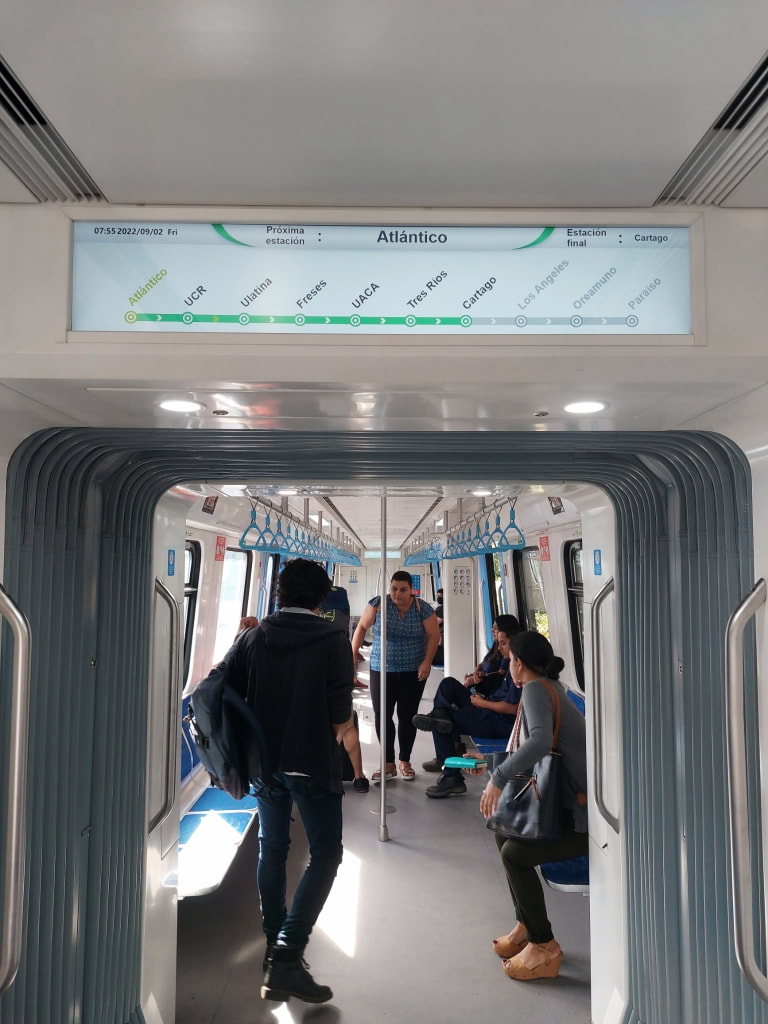 The trains are new, air-conditioned and take almost 1 hour to cover the 20 km. There are no toilets on board and no 1st and 2nd classes. It's as you see below: 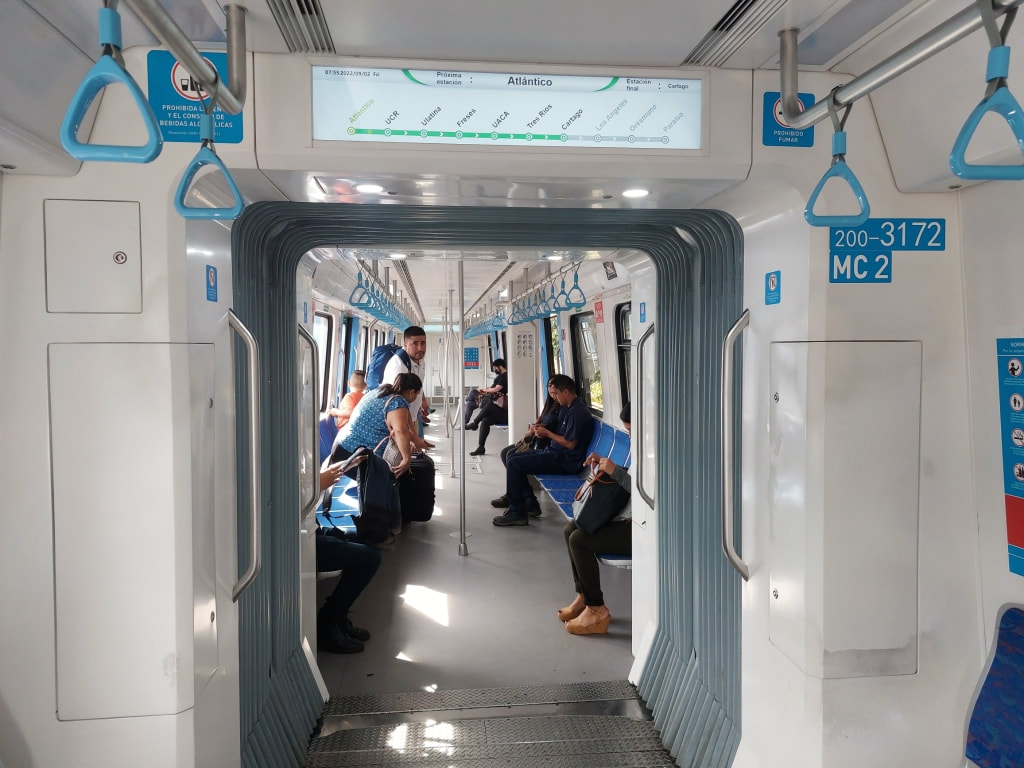 Most of the trains are new but I did see some of the older ex Spanish trains. 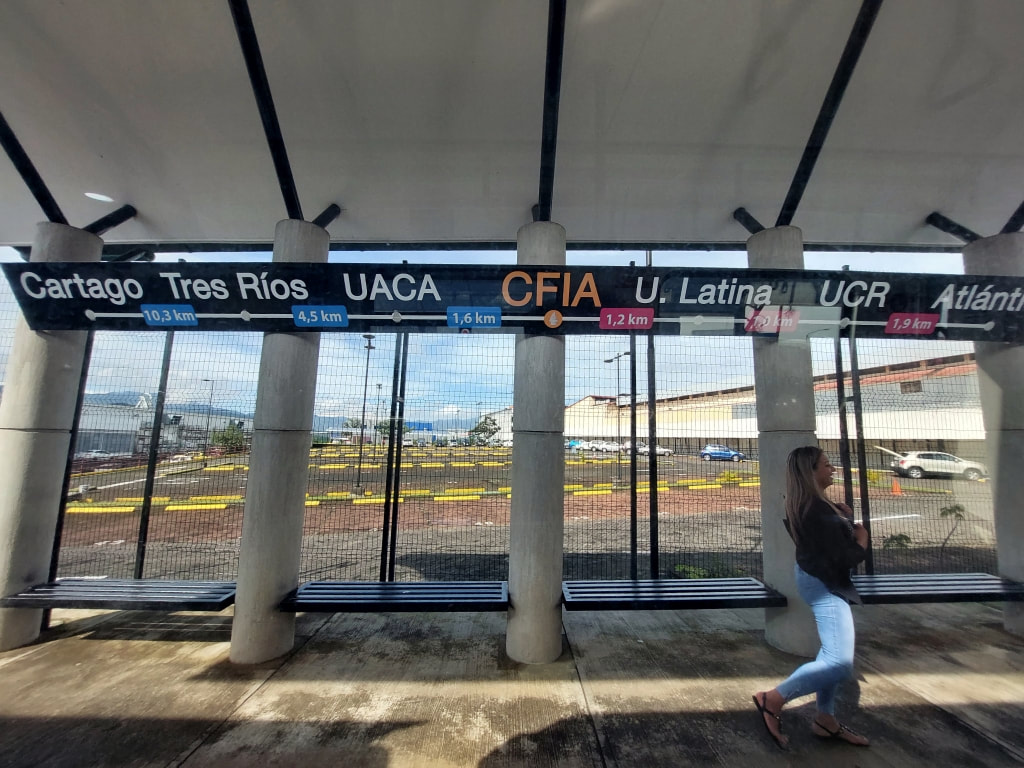 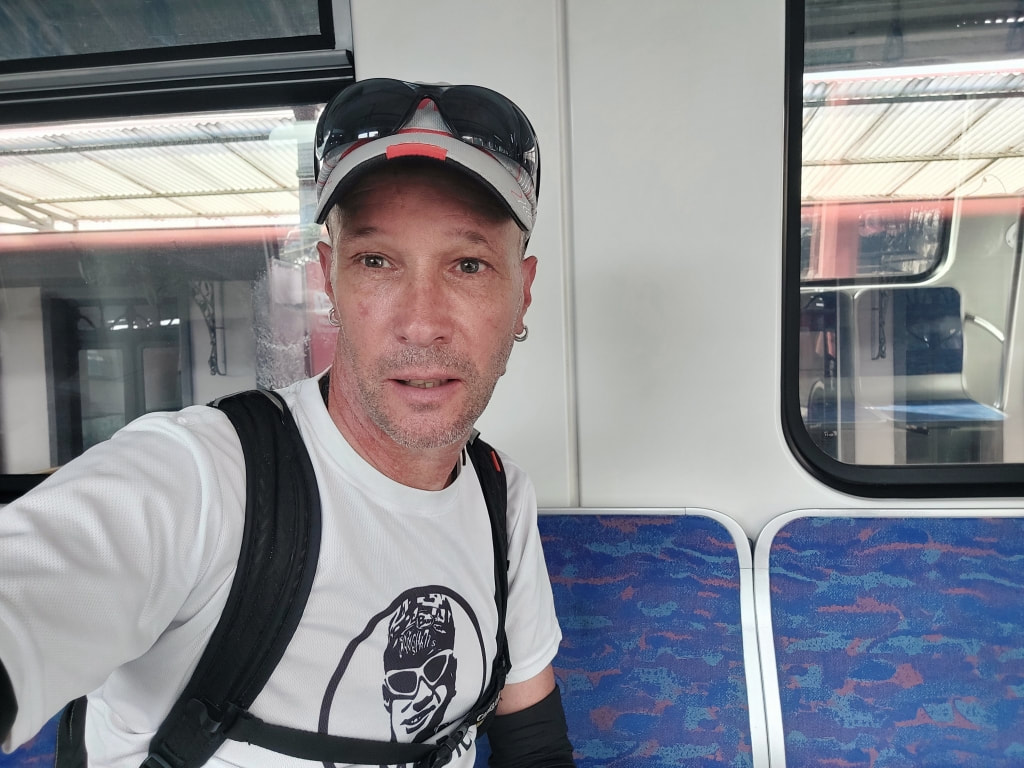 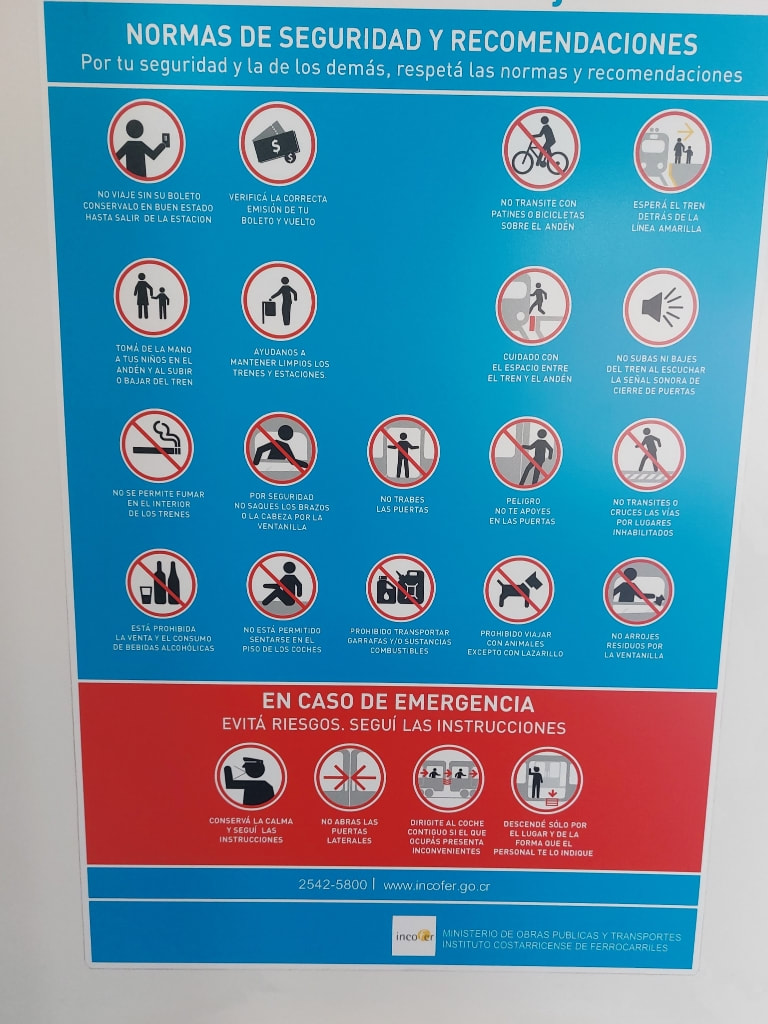 It's an unique experience as trains in Central America are almost non-existent.

Trains in El Salvador, Nicaragua and Guatemala have been disbanded despite having, at one time, a good network.

Honduras is said to have a freight service and a few kilomentres of tourist track but I can not confirm if things are still running.

Panama has a metro with 2 lines and a Tourist Train which runs from Panama City to Colón. I will see in a few weeks if it is actually still running.
At the Estación Cartago in Costa Rica: 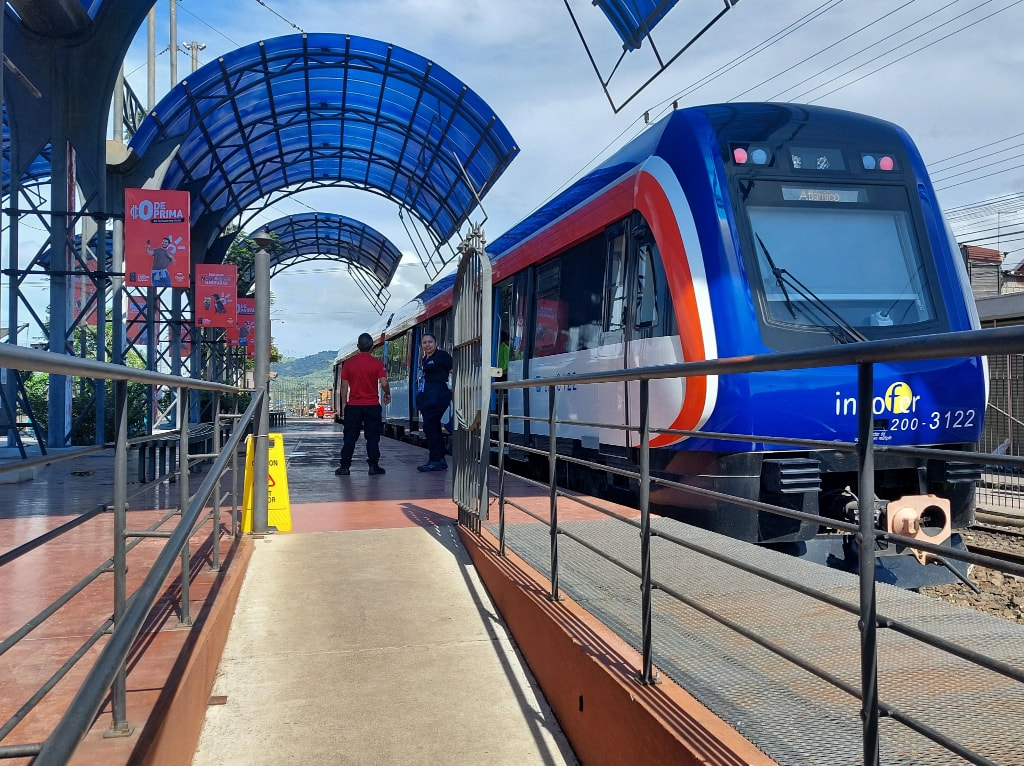 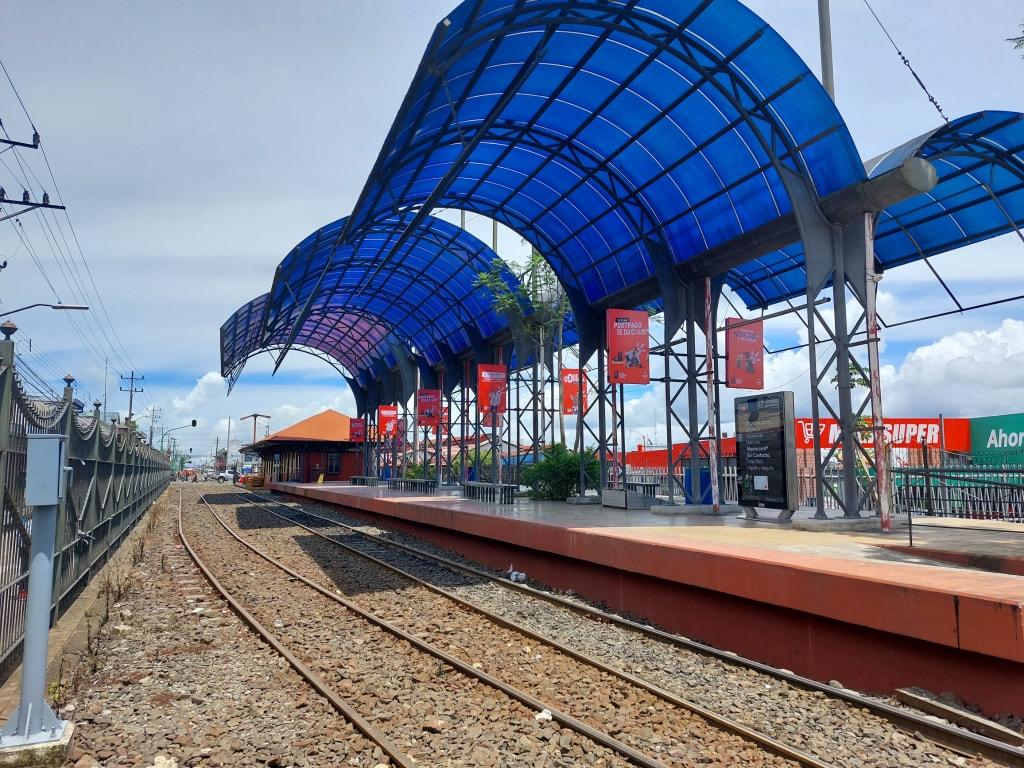 On arrival, I backpacked the town of Cartago for some hours before taking the bus back to San José.

Buses go from the main bus terminal in Cartago just north of the station and are operated by Lumaca. The fare was 680 CRC and took almost an hour due to the traffic.

The train is certainly more comfortable and convenient for the hostels in Barrio Escalante.
​

Photos taken at or near the Estación Atlántico in San José, Costa Rica: 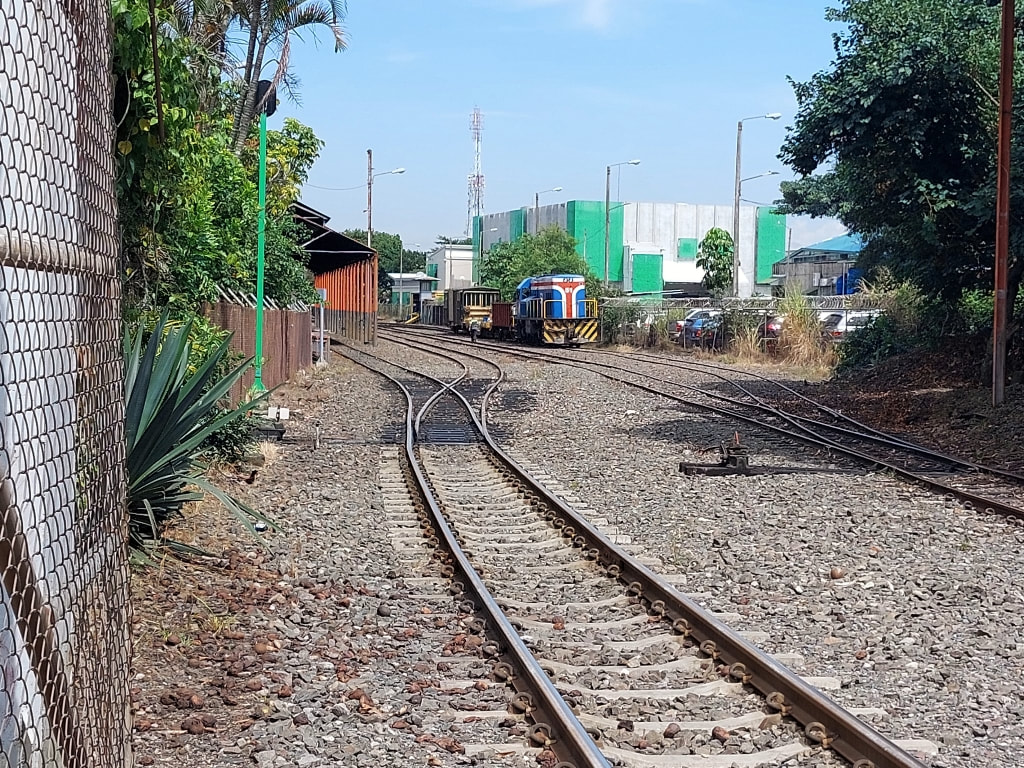 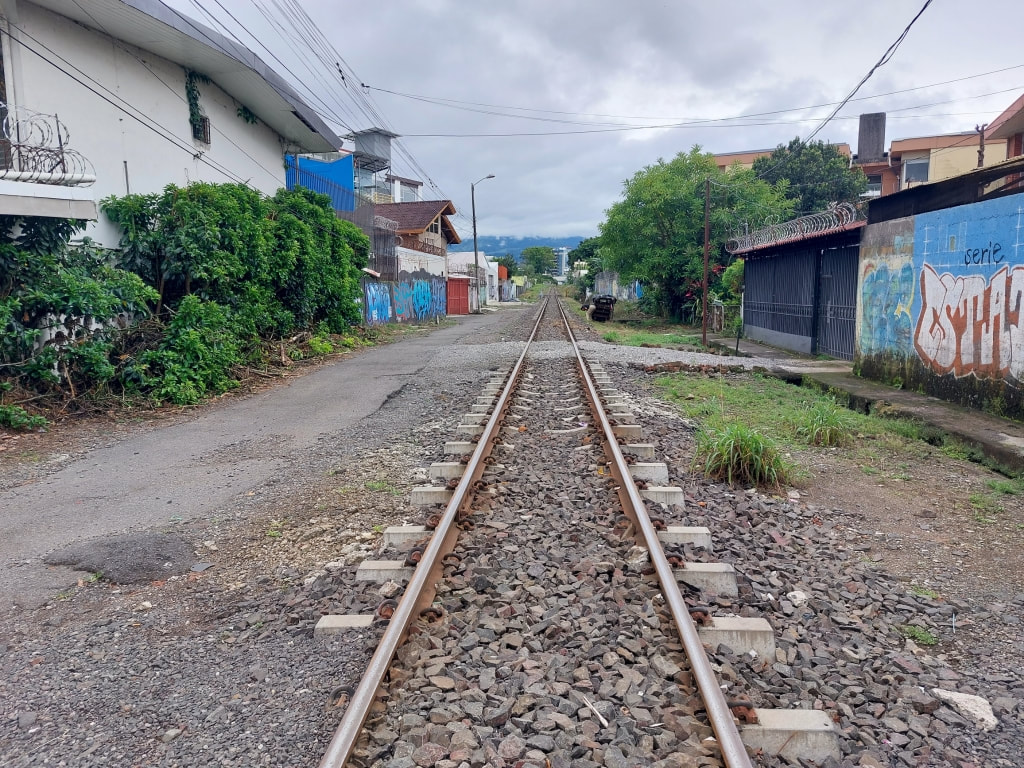 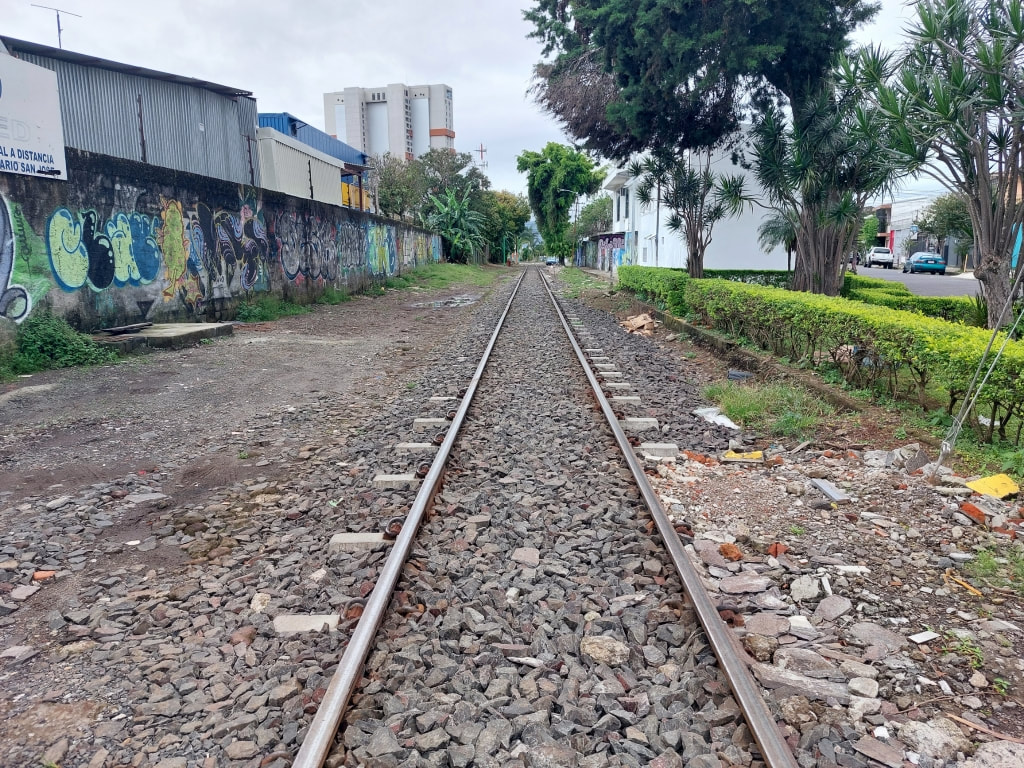 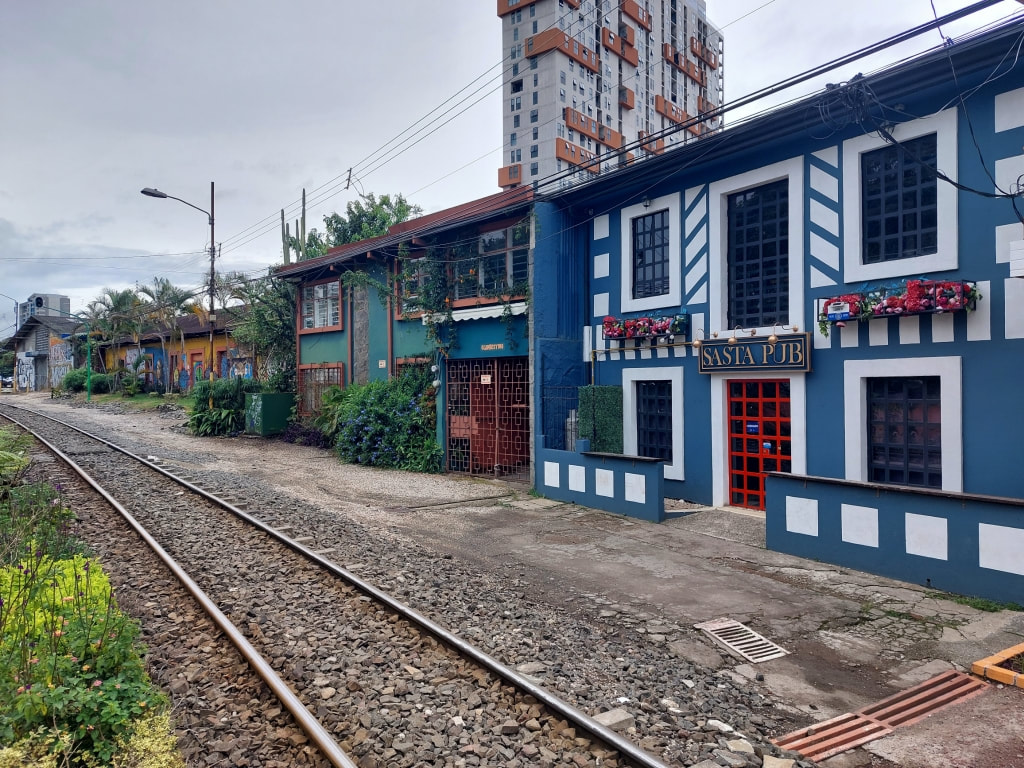