Meeting up with Wayne Pease, a friend from the road

​Connect on Twitter
Back in June, I met with Bud Rogers, a friend from the road, in Guatemala. This week, I met up with Wayne Pease, here in Mexico City, to catch up over a coffee.

I met Wayne, along with Bud and Matt, back in Oaxaca last year. We were all staying at the Andaina Hostel.

Me and Wayne, January 5 2022 at the Café La Habana, the one that featured in my blog post from last year, you know, the one where Che Guevara and Fidel Castro met to plan the Cuban Revolution: 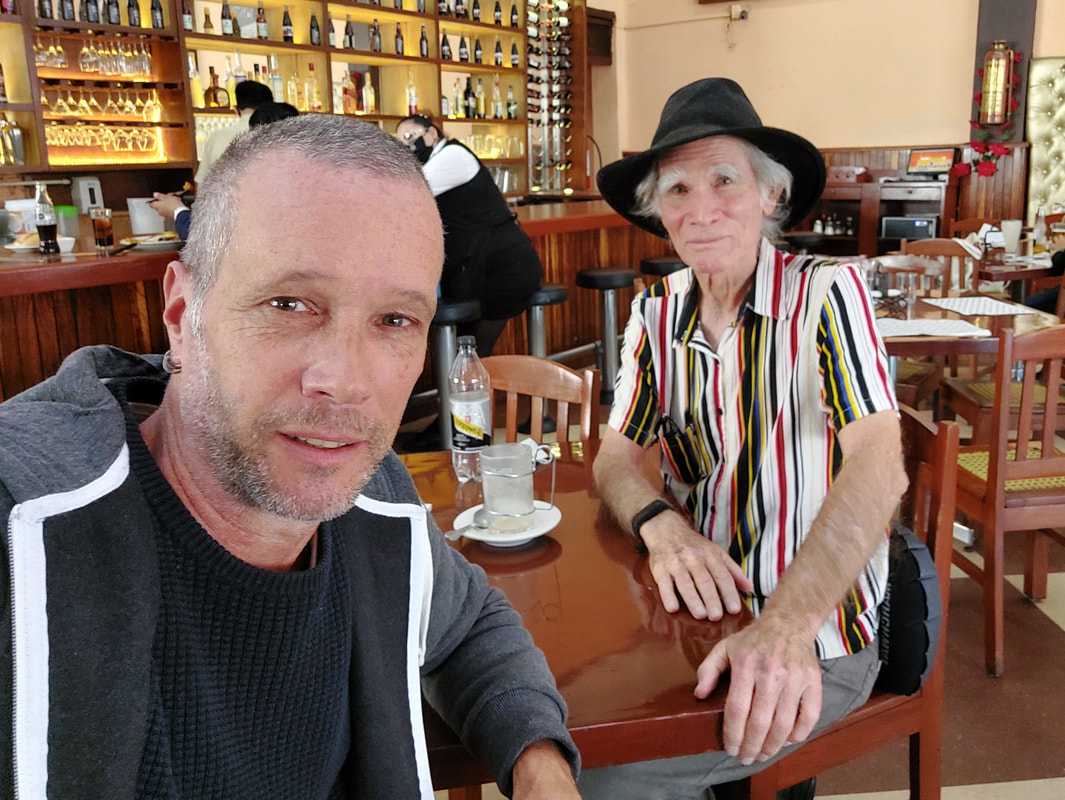 Wayne Pease hails from California. He first visited Mexico back in 1960 when he took a bus from Tijuana to Mexico City, a journey that took 2 days, with the dream to become a beatnik writer.

He stayed just 2 weeks before returning to the US and going back to college.

His father was army, so growing up, he lived all over the place and has visited over 40 countries and has been to Mexico on 7 different occasions.

During the summer he works as a fire lookout in Chico, California, a job he has been doing for 58 years. He does this from mid April to mid October. During the winter time, he travels, collecting stories.

Before 9-11 he travelled a fair bit and then for 16 years he lived in Chico year round, getting into photography, theatre, writing books and plays. He has over 50 books on Amazon including "Cloud Watcher", about his life as a fire lookout.

​
He lives by his grandmother's motto, "Do it while you can". It has served him well. Wayne is 80 and he is still going, not as strongly as he once was but still going. I am 53 and no longer have the condition I had when I started backpacking, 28 years ago. Will I be travelling the world as Wayne does, when I am his age? I doubt it.

We discuss this topic for a while and we both agree that it is utterly absurd to work hard when we are fit and able, mostly, so we can live the good life when we are no longer fit and able. OK, if you enjoy a sedentary retirement, it's all well and good but if you dream of travelling the world when you have diligently followed the crowd all your working life, only for God to have other ideas.

And now, Wayne is happy to live in Mexico for 5 or 6 months at a time, checking out different galleries and museums and the coffee shops. He says life is good.
​